Here are five titles out on Blu-ray and DVD now. 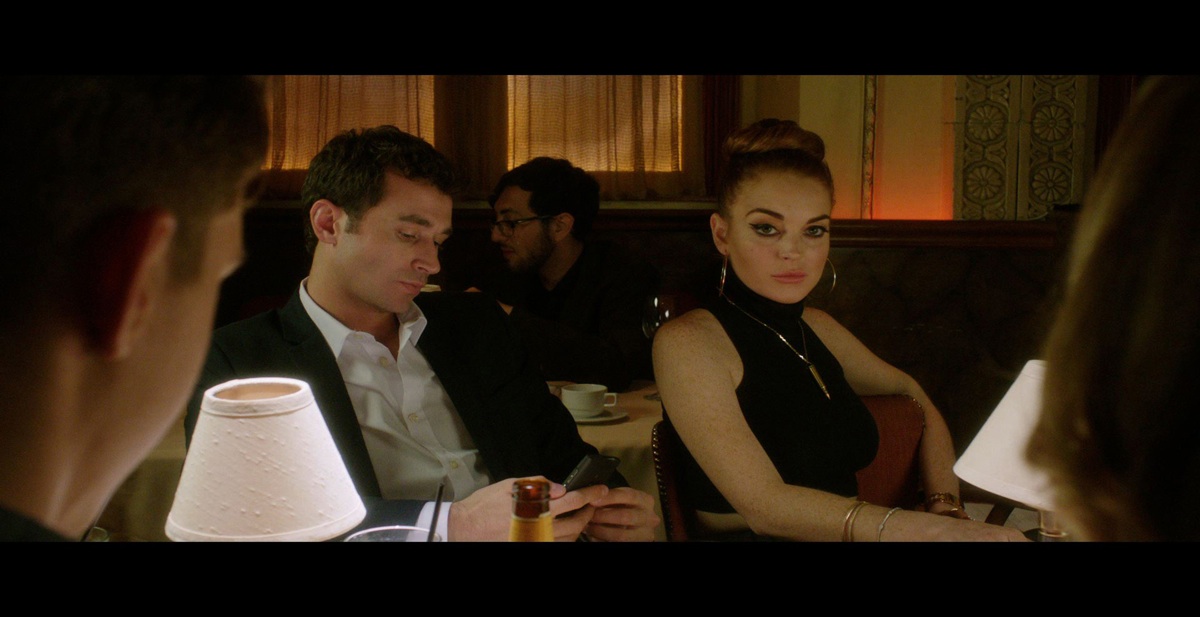 I got to experience this multiply-ill-fated picture for the first time via this Blu-ray, and I thought, well, there seem to be three different movies happening here: screenwriter Bret Easton Ellis', director Paul Schrader's, and the one the motley cast of performers think they are in. Surprise surprise, my favorite was Schrader's. (A note I took: "Boy, Ellis wants to BE these guys he thinks he's condemning SO BAD.") The supposed extras here are unforgivably hacky, real subpar EPK stuff (although again, not to dogpile on Ellis, but it's pretty funny when porn star
Advertisement
James Deen says of Ellis that he's "one of the best writers of our time if not the best writer"), and I'm not entirely sure about the pastel look of the Blu-ray—are even the interiors supposed to look smog-suffused? (Okay, that's an exaggeration.) It's worth seeing, more than once. Owning? Maybe not. Inspirational Dialogue: "You really didn't tell me what a douchebag that guy is." — B- 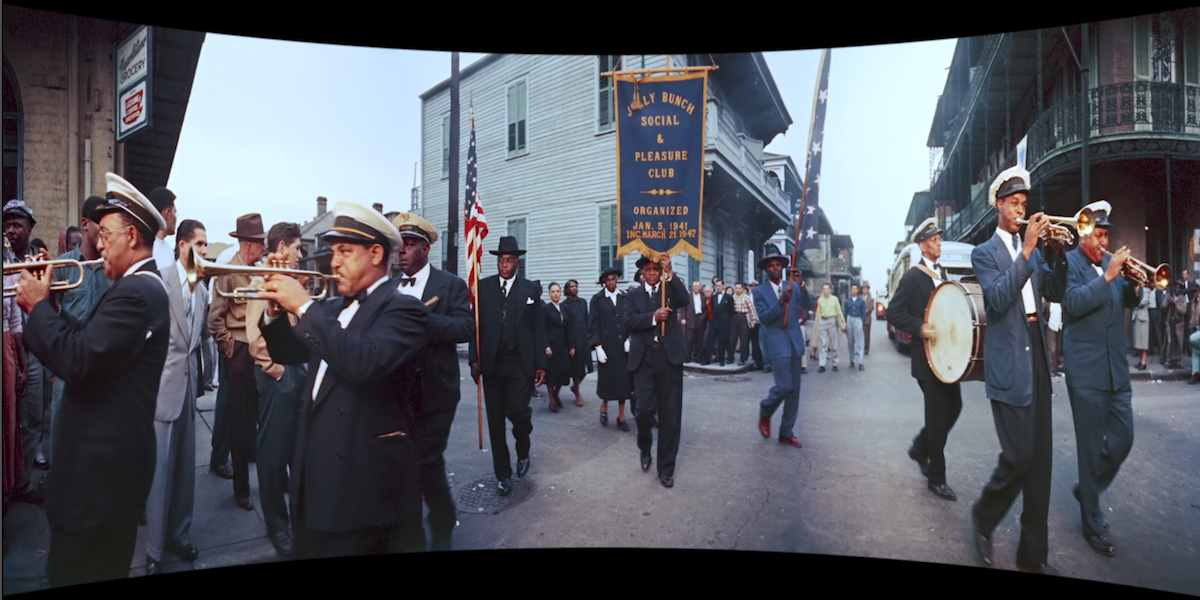 I admit it, I LOVE cult items like this. The 1955 movie shot in the curved-screen three-panel widescreen format is one of two new releases from the mavens of Flicker Alley to shrink the Cinerama experience to a wide-screen TV-display "SmileBox" shape, which simulates Cinerama's "wraparound" effect. I cannot tell a lie: this movie has been described as a "big-budget travelogue," and that's exactly what it is. Two couples, one from Europe, the other from this household's Mrs. Kenny's home base of Kansas City, Missouri, trade places (no spouse swapping, mind you), with the Euro breeders seeing the U.S.A. (where they desire to lay eyes "red Indians and cowboys," no really) while all-American Betty and John March learn about Paris from Art Buchwald. No, really. In between the interludes of extreme poshlust there are a lot of beautiful views, every frame (or every three frames) a startling anachronism. As in this description from the Louvre sequence: "Leonardo Da Vinci's the Mona Lisa, the most famous painting in the worlds, is hung almost casually." Ha, those were the days. Packed with extras as well as a Cinerama short promoting Renault auto cars, this is an exemplary cult item. —B+

"Sinbad and The Eye of The Tiger" (Twilight Time) 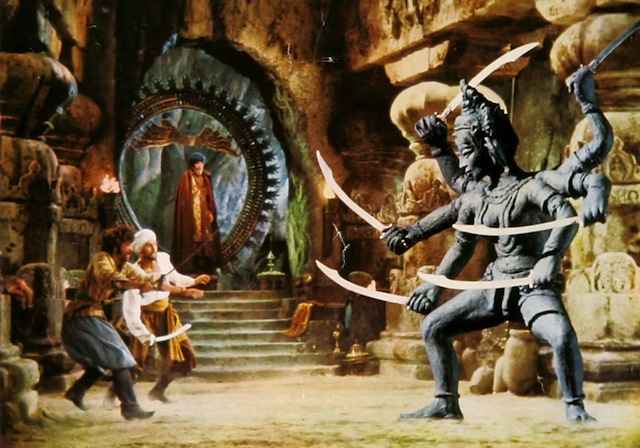 A snowy Saturday afternoon was the perfect excuse to plop down with these two new Ray Harryhausen–driven adventure-fantasy films from 1973 and 1977 respectively. "Golden Voyage" has a great Persian rug color scheme throughout and good psychedelic cave color scheme in the climactic scenes. It does not boast the most exciting storyline, and the Harryhausen stop-motion creature effect set pieces are not as well paced as in the unbeatable "Jason and the Argonauts". But what are you going to do. They're still pretty hot. Love interest Caroline Munro boasts the wettest cleavage in cinema, surpassing even the recent "Spring Breakers". "Eye of the Tiger" is un film de Sam Wanamaker, released in 1977, the year that "Star Wars" inadvertently killed the Harryhausen vibe. While its lower-than-usual budget really shows (what's with the solarized transformation sequences), this actually shows off some of Ray's most engaging and peculiar modeling work. Particularly that orangutan. What's up with that. (Also, what's up with Jane Seymour's crimped hair.) Both films look wonderful and as a longtime fan I found them to be terrific gifts. Both discs: —B+ 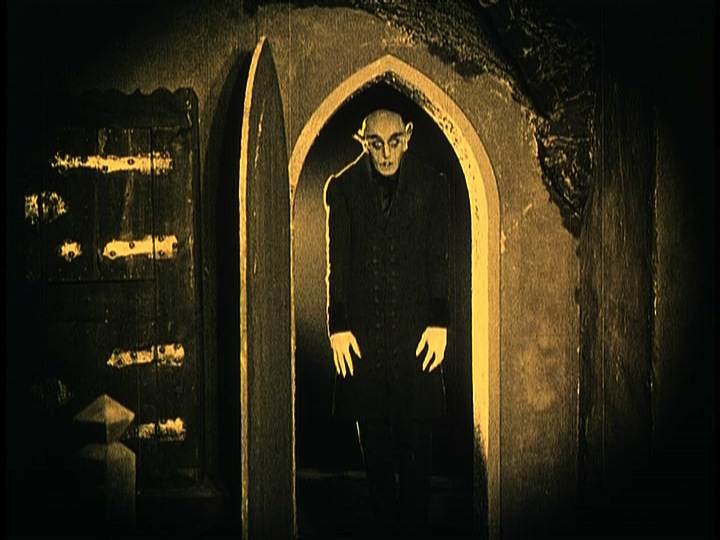 The Friederich-Wilhelm-Murnau-Stiftung restoration of the 1922 vampire classic presented on this Blu-ray is entirely remarkable in terms of picture detail. The movement of the figures on screen, on the other hand, remains kind of flickery and jerky—more so than those on the Blu-ray of "Intolerance", which was actually made a good half-decade prior to the Murnau picture. Oh, the mysteries of frame rates. Still, this is beautiful, and the shipboard massacre sequence has never been equaled in any movie of any genre, and so you've got that. Research and revision turn out to have rid this version of the oft-quoted evocative subtitle that inspired the Surrealists, the bit about the phantoms coming to meet Harker after he crosses the bridge. Turns out that was a French translation of the original German intertitle and a bit of poetic license, too; that sub was translated into English for the only extant version in the U.S. for a while, the MOMA print. Anyway, the more accurate English translation of the German is more…prosaic. This is still a must-have Blu-ray though, at least for really sensible home film libraries. —A
Advertisement