Back in the day, when home video movie libraries were set to become a “thing,” rather than the cloud/streaming BS that is now “the thing,” MGM/UA’s laserdisc division began issuing two-disc “double feature” packages. Woody Allen’s “Bananas” and “Love And Death.” The Marx Brothers’ “At The Circus” and “Go West.” Kubrick’s “Killer’s Kiss” and “The Killing.” And so on. Flipping through these at a Tower Video one afternoon, a waggish cinephile pal of mine noted. “They should put out ‘Persona’ and ‘Duel at Diablo’ as a Bibi Andersson double feature.” 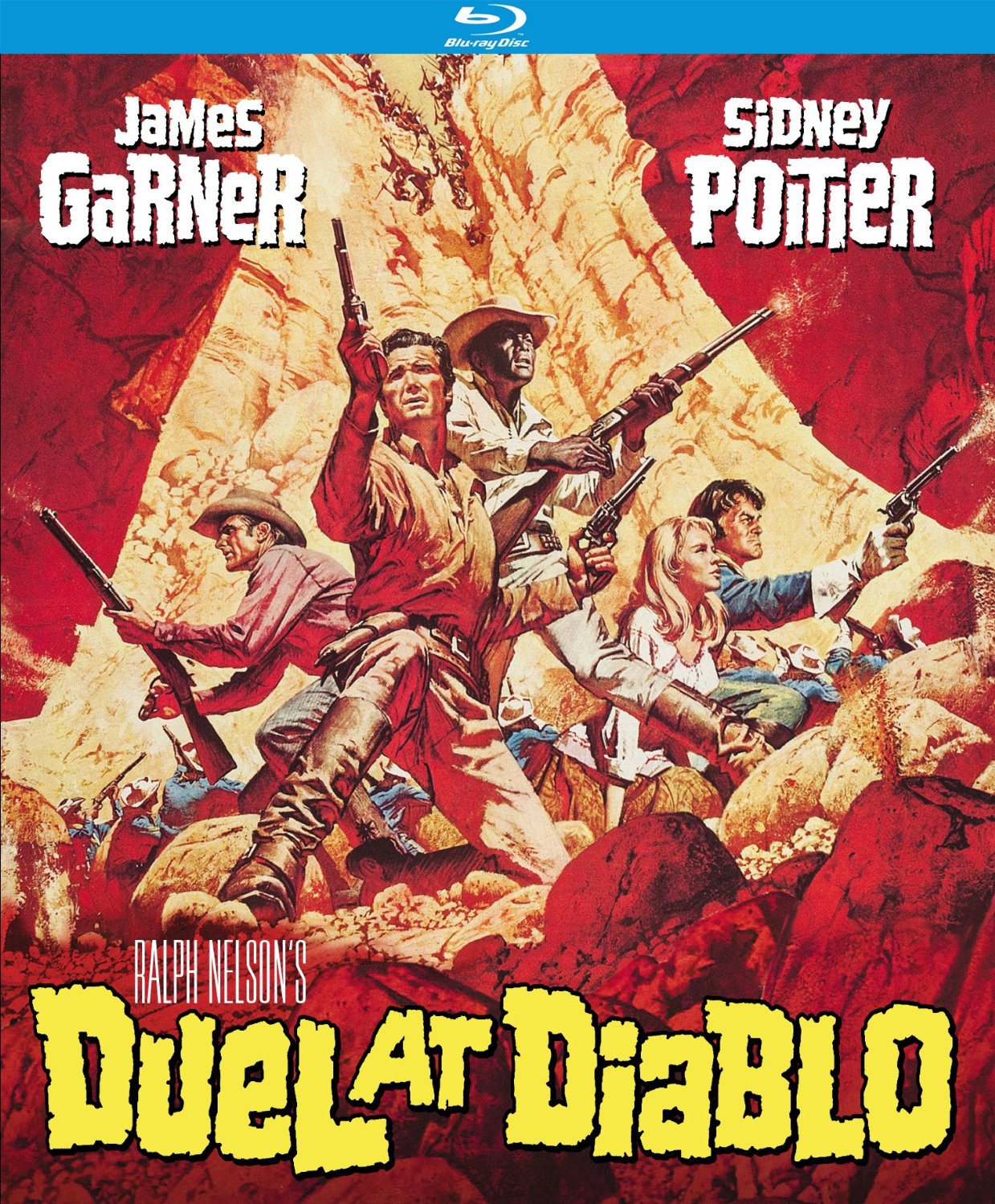 I still laugh at this. The two movies couldn’t be farther apart. Ingmar Bergman’s tortured, experimental black-and-white exploration of  female identification and psychological trauma, in glorious black-and-white and Ralph Nelson’s rough-and-ready trail Western. And they are pretty far apart, sharing in common only their production year (1966), their U.S. distributor (yes, in both cases MGM—otherwise the joke’s not as funny, obviously), and female lead. Which is not to say that “Duel” is a joke of a movie. A recent Kino Lorber studio classic Blu-ray version of the film is a fine way to rediscover it—and yes, thanks to the Criterion Collection’s beautiful Blu-ray of “Persona,” you CAN make a double-feature out of it if you like.

Directed by Ralph Nelson and starring James Garner, “Duel” isn’t exactly an anti-Western but it is a pretty nervy piece for its time, delving into issues of race and sex that had been strictly taboo in decades of cowboy-and-Indian-and-cavalry shoot-em-ups. To break it down: Garner’s character is a scout who’s looking to avenge the murder of his Comanche wife. Bibi Andersson plays a woman Garner rescues from Apache captivity—only it’s not quite that simple, as we discover that in a previous stint of captivity, she bore the son of an Apache chieftain. Dennis Weaver plays Andersson’s sniveling white husband, who doesn’t seem to much want his wife back once Garner delivers her. And male co-lead Sidney Poitier rounds out the race mixing as a onetime Buffalo soldier turned killer/horsetrader. Garner, Poitier and Weaver ride out on a cavalry mission that’s soon ambushed, and effectively, by Apaches, who’ve got Andersson’s character in tow. The subsequent tale of slaughter and survival is pretty bracing. It’s interesting to see Garner, fresh off his very popular and successful stint on the comic Western TV series “Maverick,” playing a relatively humorless character. Weaver, too, is effectively strident and uptight in a pre-“McCloud” turn. Poitier is suave but also pretty righteous. A fight scene early in the film in which he allows Garner to duke it out with four would-be rapists (of guess who) while evening out the odds by making sure that one of Garner’s armed enemies knows that Poirier’s also got a gun, is a highlight in both the character-building and shooting/fight choreography categories. Anderrson takes a lot of punishment in the movie (so it IS like a Bergman picture in at least one respect!), from both white characters and Indian. But she’s never objectified, and her preternatural beauty and exceptional acting chops give her presence so strong it’s almost lunatic. A good show. Director Nelson would return to the themes of “Duel” in his grueling, explicit “Soldier Blue” a few years later but this is arguably the more palatable entertainment. 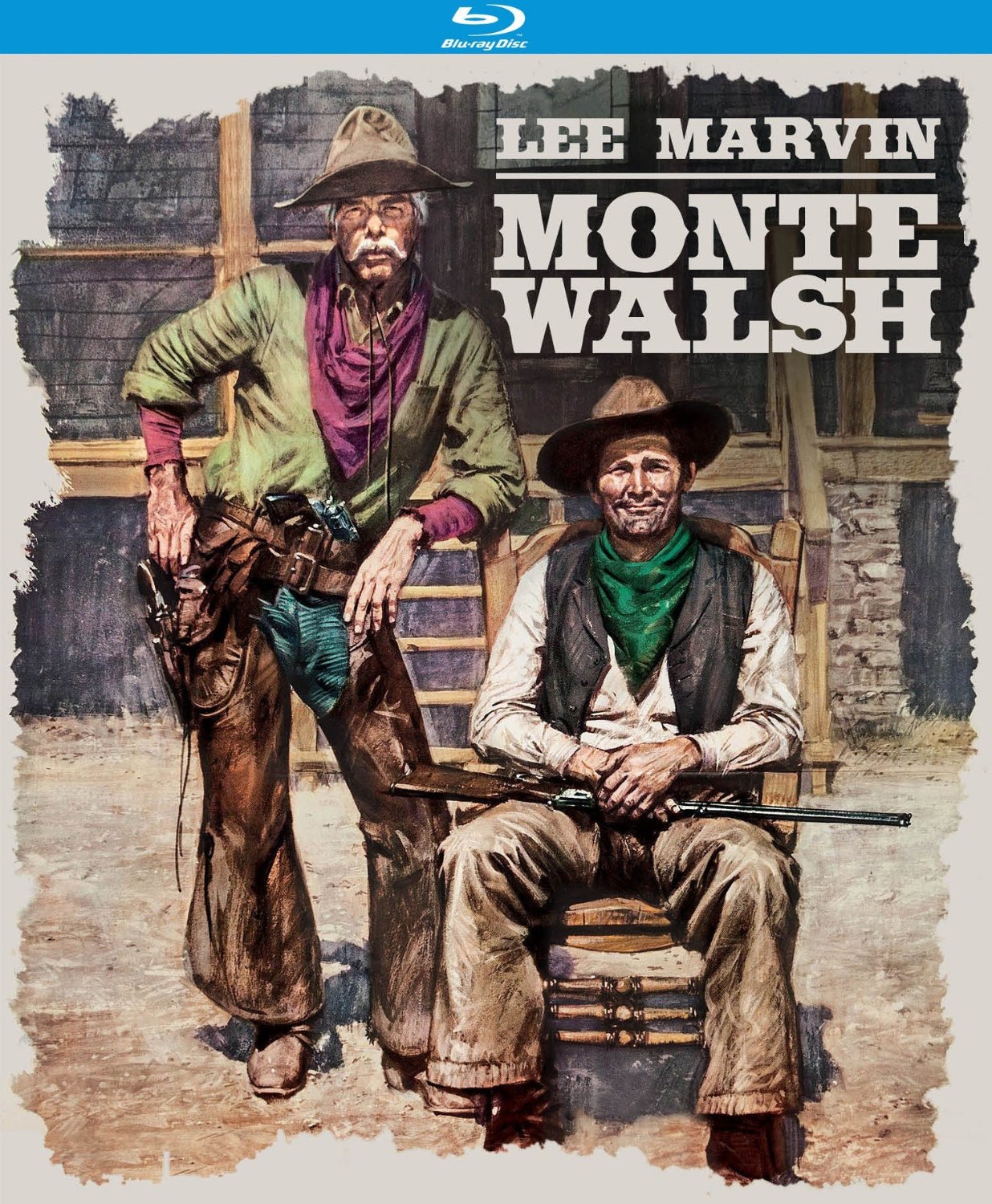 The sub-genre of International-Art-House-Screen-Sirens is a very small one, and this month Kino Lorber adds to it with the release of 1970’s “Monte Walsh,” a 1970 picture that teams Lee Marvin and Jack Palance with…Jeanne Moreau? Indeed. The muse to Malle and Truffaut, the immortal Catherine of “Jules and Jim,” here plays against two of the American cinema’s most distinctive tough guys.  It’s not nearly as odd as it sounds. In point of fact, Marvin and director William Fraker went to Paris to persuade Moreau to take the role, that of a French-born prostitute servicing the cowboys of a disappearing West. “Monte Walsh” is a way less violent treatment of “The Wild Bunch” theme of the late 19th Century phasing out one way of life and phasing in another. Palance and Marvin go against their conventional screen images and play more or less average guys who are suddenly made aware that time is running out for them and their profession. When one of their friends and colleagues, Mitchell Ryan’s Shorty, goes rogue and takes up armed robbery, reality catches up to everybody quick. Fans of Marvin and Palance will be delighted to see them playing relatively everyday people in this picture, which, while no masterpiece, is certainly an underseen gem. Moreau fits right in with their humor, poignancy, and underplaying. Marvin and Moreau made up kind of a mutual admiration society; the actress said of the ineffable Marvin, “He says more in less words, sometimes in no words at all, than any other American actor I’ve ever met.” (That quote’s from “Lee Marvin: Point Blank,” the excellent Marvin biography by Dwayne Epstein.)