The most memorable verdict 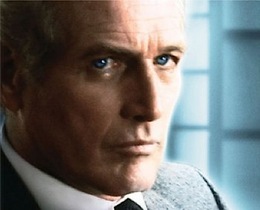 Courtroom dramas count for some of Hollywood's best movies and, among their finest stands Sidney Lumet's "The Verdict."

Even when comparing it to other greats such as his own "12 Angry Men" or "To Kill a Mockingbird", "The Verdict" stands in my opinion as the one with the most memorable, well, verdict, one which I believe to be as fresh, as satisfying and as powerful in your first viewing as it is in your twentieth.

I also believe it makes those on other pictures from the same genre such as "The Rainmaker", "Philadelphia" "A Time To Kill" or "The Accused" feel simply like happy endings pasted at the end of a movie. In other words, this verdict was so powerful, it ruined for me just about every court room drama that followed.

It never ceases to amaze me when I remember it took Paul Newman seven tries until he won the Academy Award for his performance in "The Color of Money", a fine acting job but nowhere in the same league as those he gave in "The Hustler" and "The Verdict".

I am aware the Academy Awards are simply a subjective way of distinguishing one artist by his peers during a certain period but it's also hard to understand how in 1982 the very nice but one noted performance from Ben Kingsley in "Gandhi", could compare favorably to the great complexities Newman faced in "The Verdict": drunken irresponsibility, anxiety, betrayal, naive ness, the downright horror of realizing the mess he's created in what surely is his very last chance for redemption. 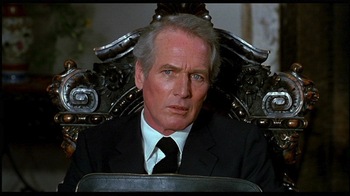 "The Verdict" may be a dialogue laden film but it's also one in which doesn't shy from using plain silence to move the story along, solely with expressions and with its sheer narrative. There is one scene in it unlike anything I remember having seen before or after in movies: the Jack Warden character flies to New York to warn Newman about a treacherous associate and there's a shot about 20 seconds long in which they are both shown having a whole conversation from afar with no dialogue whatsoever; no need for it really, we actually feel we know what is being said word for word.

Also consider the reaction from the defendants and their lawyers when the presence of an unexpected witness is announced, not a word is uttered but few times in history can I remember a series of silent expressions sending such a shock through any movie audience. 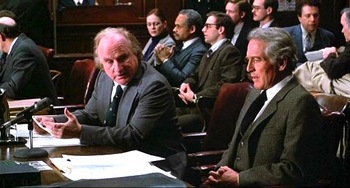 Also impressive is the fantastic scene of Newman's summation, but not only for its writing and acting. The camera shot that initially shows the complete courtroom and ends on a close-up of Newman has got to be one of the slowest-moving ones you'll ever see, barely perceptive, one moment you are here, the next you are there.

It is also interesting how Lumet has the 30 or so extras avoid just about any kind of movement during the 3-4 minute scene so that the audience's eyes will never stop focusing on Newman, that is with the exception of a yet unknown extra named Bruce Willis who does scratch his chin at some point. 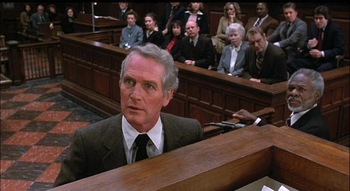 Why another Paul Newman film review? Simple, because whenever anybody asks me to recommend a great movie, not too well known to today's audiences, "The Hustler" and "The Verdict" are always at the top of my list and it is never easy to point out which one is better.

My only quibble about "The Verdict" is actually a recommendation to any law firm that should ever decide to outsource a contractor to do their dirty infiltrating work: it may be a better idea to pay cash.