Gerardo Valero of Mexico City on "The Hustler" 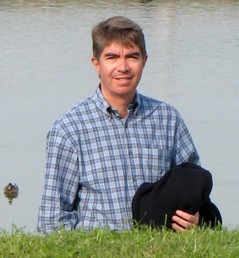 There are great movies and there are others which can only be described as special; movies with philosophies we can't help but apply to our daily lives. Robert Rossen's "The Hustler" for me is such a movie.

A film with a great, main subject (pool) that is secondary in importance to character. A film with unforgettable characters who have unforgettable names. A film with more classic lines than you can count. A film that made me feel disappointed about the hero over and over until the moment arrived when I couldn't feel any prouder.

It has four great performances: Paul Newman, George C. Scott, Jackie Gleason and Piper Laurie, all in top form and all four nominated for Oscars.

In fact, it got nine Academy awards nominations in 1961, winning for black and white cinematography and art direction. George Chikaris won as supporting actor for "West Side Story," defeating Gleason and Scott, who may have divided their votes. (The 1961 best picture winner was "West Side Story.")

This is also one that some of you may have missed or perhaps haven't seen in a long time and I find this reason very good for turning your attention to it. So often we visit a video store or think of a new movie to purchase on-line and we come up empty, if this situation applies to you and you've never seen "The Hustler," believe me, you are missing something.

The review
Paul Newman and Piper Laurie
The real Minnesota Fats in 1985
(Here is Roger Ebert's "Great Movies" review of "The Hustler."