In "Roger's Favorites," we highlight the filmmakers and actors that Roger championed throughout his career. A table of contents for all of our "Roger's Favorites" posts can be found here. Below is an entry on writer/director Richard Linklater.

On August 23, 1991, Roger gave three stars to Richard Linklater’s directorial debut, “Slacker.” When writing about the experimental narrative form of the film, the critic wrote: "Slacker" is a movie with an appeal almost impossible to describe, although the method of the director, Richard Linklater, is as clear as day.” About the film’s pacing, and wandering eye, he expressed, “it’s rhythmic and soothing—and funny—as Linklater moves through an apparently unlikes assortment of people.”

Linklater’s follow-up didn’t improve with star ratings in Roger eyes, as he gave “Dazed and Confused” three stars in a review published September 24, 1993. Piecing together an authorship just two films in, Roger saw the movie in comparison to “Slacker”: "Linklater's style is to introduce some characters, linger with them for a while, and then move on to different characters, eventually circling back so that all the stories get told simultaneously. His previous film, 'Slacker,' applied a more extreme version of this style to a large group of characters in Austin, Texas.” Roger summed up the film pretty accurately in his closing sentence: “This is a good film, but it would not cheer people up much at a high school reunion.”

Roger said that Linklater was “onto something” with his third film, “Before Sunrise,” as reviewed on January 27, 1995. Awarding it three stars, Roger wrote that this type of story “has happened, I imagine, millions of times,” but “rarely in a nicer, sweeter more gentler way.” The critic added to this that “‘Before Sunrise is so much like real life—like a documentary with an invisible camera—that I found myself remembering real conversations I had experienced with more or less the same words.”

On March 7, 1997, Roger gave three-and-a-half stars to Linklater’s “SubUrbia,” which he said tops the despair of “Waiting for Godot”: “His heroes aren’t waiting as a mission, but as a lifestyle.” The critic wrote that the movie was “dark, intense and disturbing,” while saying that Eric Bogosian’s script is “talky, but I like that. It doesn’t seem too theatrical to me because these characters have absolutely nothing else to do but talk, and this barren corner of a suburban wasteland is literally their stage.”

Linklater’s followup, the action-drama “The Newton Boys,” didn’t impress Roger all that much, and received a two-star rating on March 27, 1998. Three years later, Linklater blew Roger away with his animated odyssey “Waking Life,” which Roger gave four stars to, stating in his October 19, 2001 review that he had seen the film three times already. He described it as “like a cold shower of bracing, clarifying ideas. We feel cleansed of boredom, indifference, futility and the deadening tyranny of the mundane.” When remarking about dialogue, Roger said: “The movie doesn’t sound like a script but like eavesdropping.” When Roger indoctrinated the movie to his Great Movies collection on February 11, 2009, he wrote: "Richard Linklater is one of the best directors we have … Linklater is a man who doesn't like to be bored and doesn't want to bore us. You can tell that from his films.”

Roger’s review of Linklater’s followup, “Tape,” is another example in how the director’s work led to a liberation the critic did not often experience from other filmmakers. As Roger wrote in a three-and-a-half star review published on November 16, 2001: "the writing, acting and direction are so convincing that at some point I stopped thinking about the constraints and started thinking about the movie's freedoms: freedom from idiocy, first of all, since the characters are all smart and articulate, and testing each other's nerve and values. Freedom from big gassy meaningless events … freedom from the expected.” Connecting the effectiveness of “Tape” to “Waking Life,” Roger stated: “Neither film is dominated by its style; both are about their ideas, and the style is at the service of the ideas.” 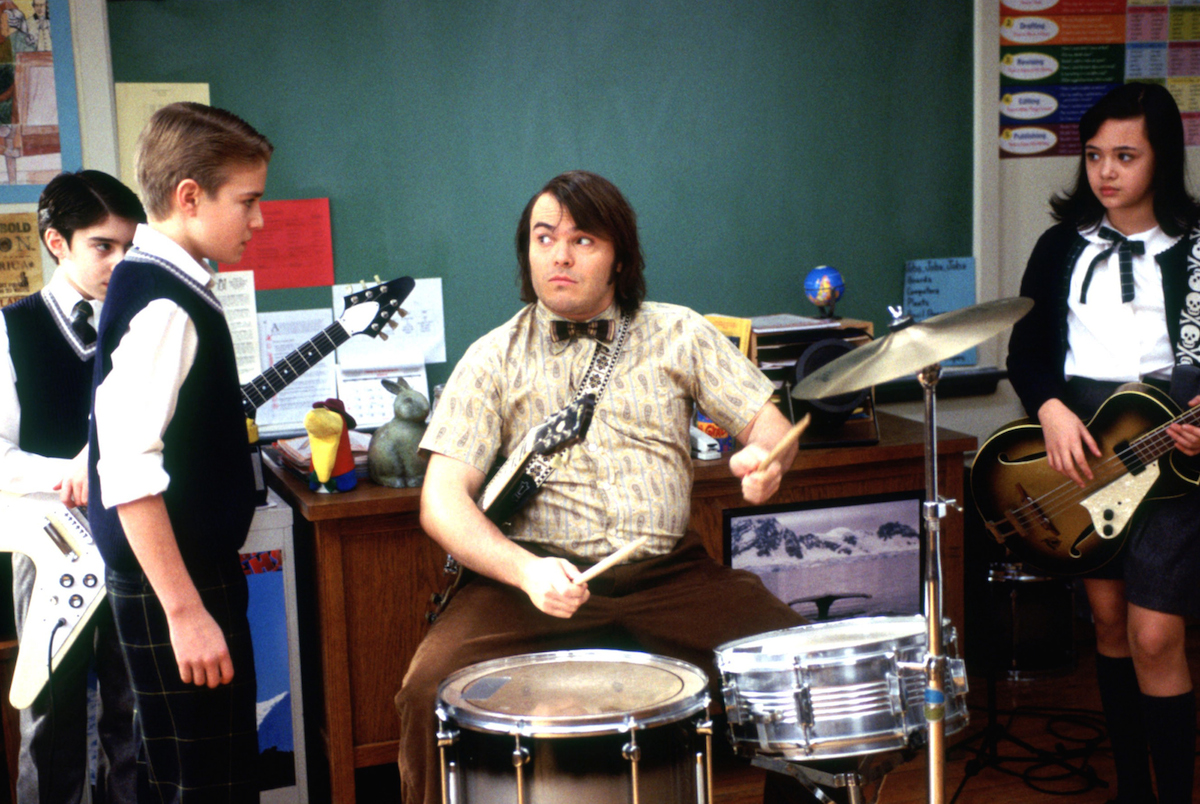 On October 3, 2003, Roger called Linklater an “indie genius” while praising his work on studio project “School of Rock,” which Roger awarded three-and-a-half stars. "If quirky, independent, grown-up outsider filmmakers set out to make a family movie, this is the kind of movie they would make,” Roger wrote. “Here is a movie that proves you can make a family film that's alive and well-acted and smart and perceptive and funny—and that rocks.”

When Linklater returned to the “Before Sunrise” story with the sequel “Before Sunset,” Roger responded with even more enthusiasm, in a three-and-a-half star review published on July 2, 2004. “"Before Sunrise" was a remarkable celebration of the fascination of good dialogue. But 'Before Sunset' is better, perhaps because the characters are older and wiser, perhaps because they have more to lose (or win), and perhaps because [Ethan] Hawke and [Julie] Delpy wrote the dialogue themselves.” Roger also compared it to the Michael Apted's “7-Up” project, and foreshadowed “Before Midnight”: “The film has the materials for a lifetime project; like the '7-Up' series, this is a conversation that could be returned to every 10 years or so, as Celine and Jesse grow older.” In regards to the success of Linklater’s filmmaking, he wrote: “’Before Sunset’ is a remarkable achievement in several ways, most obviously in its technical skill … There's no sense of contrivance or technical difficulty.”

On July 21, 2005, Roger gave three stars to Linklater’s “Bad News Bears” remake, saying that he liked how the baseball comedy “undermines the self-congratulatory myths we cultivate about sports in America.” Roger was even less enthused by Linklater's follow-up “Fast Food Nation,” which he said was “not sensational” when he saw it at Cannes 2006. He also noted that it “produces a great sadness, and a greater queasiness.” At the very least, this Cannes report was another occasion in which he commended Linklater, prefacing him as “the brilliant Austin-based director.”

Roger was in awe of Linklater’s film “Me and Orson Welles,” which he gave four stars to on December 9, 2009. The critic adored the performance by Christian McKay as the person Roger called “The Great Man”: “The impersonation of Welles by Christian McKay in ‘Me and Orson Welles’ is the centerpiece of the film, and from it, all else flows. We can almost accept that this is the Great Man.” Roger also stated that “Richard Linklater's ‘Me and Orson Welles’ is one of the best movies about the theater I've ever seen,” and that it was “not only entertaining but an invaluable companion to the life and career of the Great Man.”

Linklater’s 2012 crime story “Bernie” earned more high praise from Linklater, to the tune of a three-and-a-half stars in a review published on May 16, 2012. For one, Roger said that Jack Black’s performance as the title character “proves that an actor can be a miraculous thing in the right role.” As for the cleverness of the movie overall, Roger wrote: “There are flat-footed ways this story could have been told. Linklater finds a tricky note difficult to define. ‘Bernie’ never declares itself a comedy; often when we laugh we're thinking, ‘I can't believe I'm seeing this.’” Roger invited Linklater to Ebertfest 2013, to present "Bernie." A recording of the Q&A is below: