This is the second year that Artistic Director Cameron Bailey and the Toronto International Film Festival held an Ebert Tribute honoring a filmmaker for excellence in the industry. Last year, we presented a Golden Thumb award to Martin Scorsese at the TIFF Ebert Dinner. Our celebratory meal occurred earlier in the day this year, with an Ebert Lunch celebrating the career of Ava DuVernay, whose recent film, "Selma," garnered an Oscar nomination for Best Picture. But she was also chosen because of her myriad efforts to bring along other women and minorities in the film industry with her company ARRAY. Her grace in holding the ladder steady so that others may climb with her is admirable.

The Golden Thumb is manufactured by the same company that makes the Academy Awards. It was originated as an award we gave at the Roger Ebert Film Festival (Ebertfest) by me or by Roger himself. And in that spirit of championing filmmakers who bring honor to the industry, I felt it only appropriate to extend the award to our celebration at TIFF.

Last year's photo gallery was a hit, so here it is again. What better way to begin than with the photograph of Roger and little Ava, who met by chance at an Oscar rehearsal many years ago when she was eight years old. Her favorite aunt who introduced her to the movies accompanied her. This same aunt was the subject of Ava's first film, "I Will Follow," which caught the eye of Roger and the Toronto Film Festival. 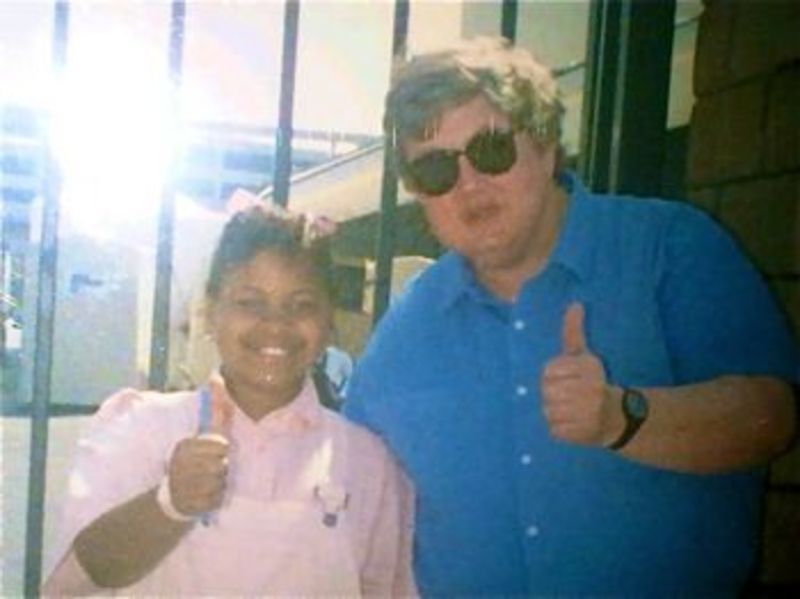 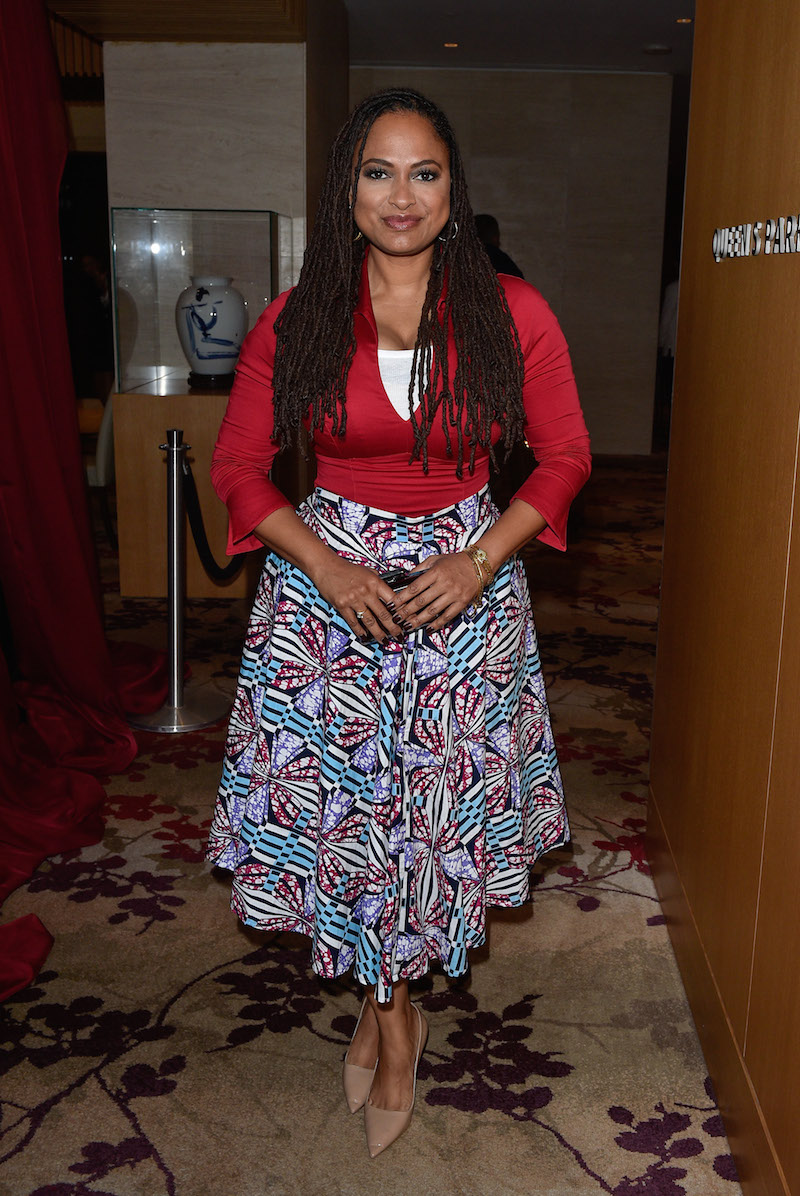 Michael Moore, Cameron Bailey and I greet her warmly as she arrives 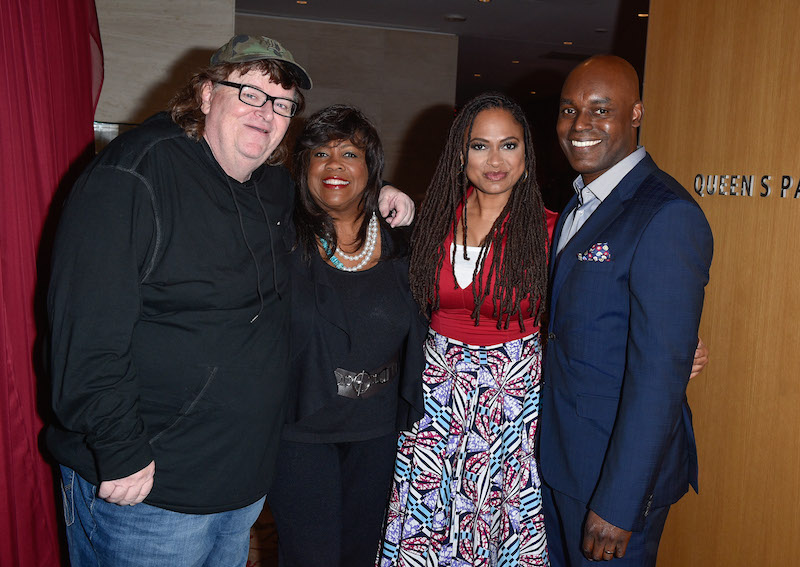 ...and then she is greeted with a kiss from actor David Oyelowo, who earned great acclaim for his performance as Martin Luther King, Jr., in DuVernay's "Selma." The pair also collaborated on her previous feature, "Middle of Nowhere." 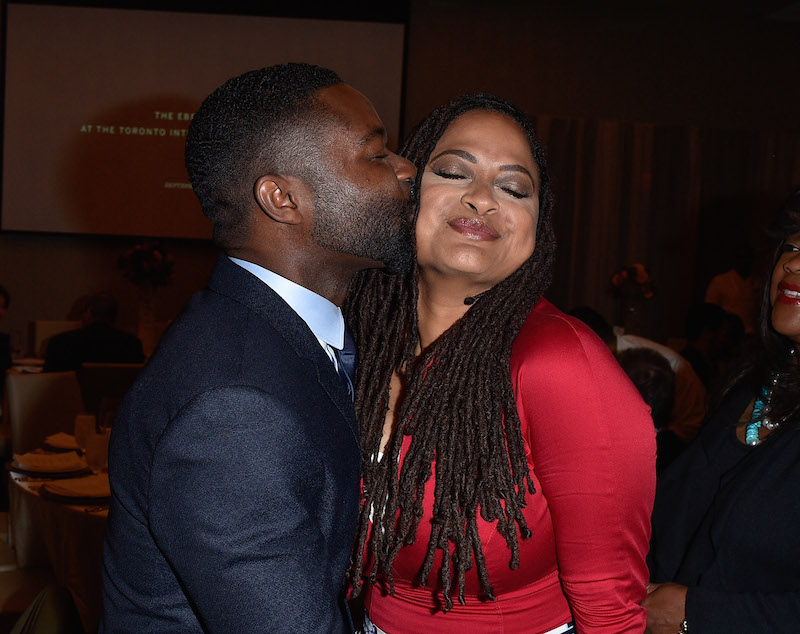 Ava DuVernay and me 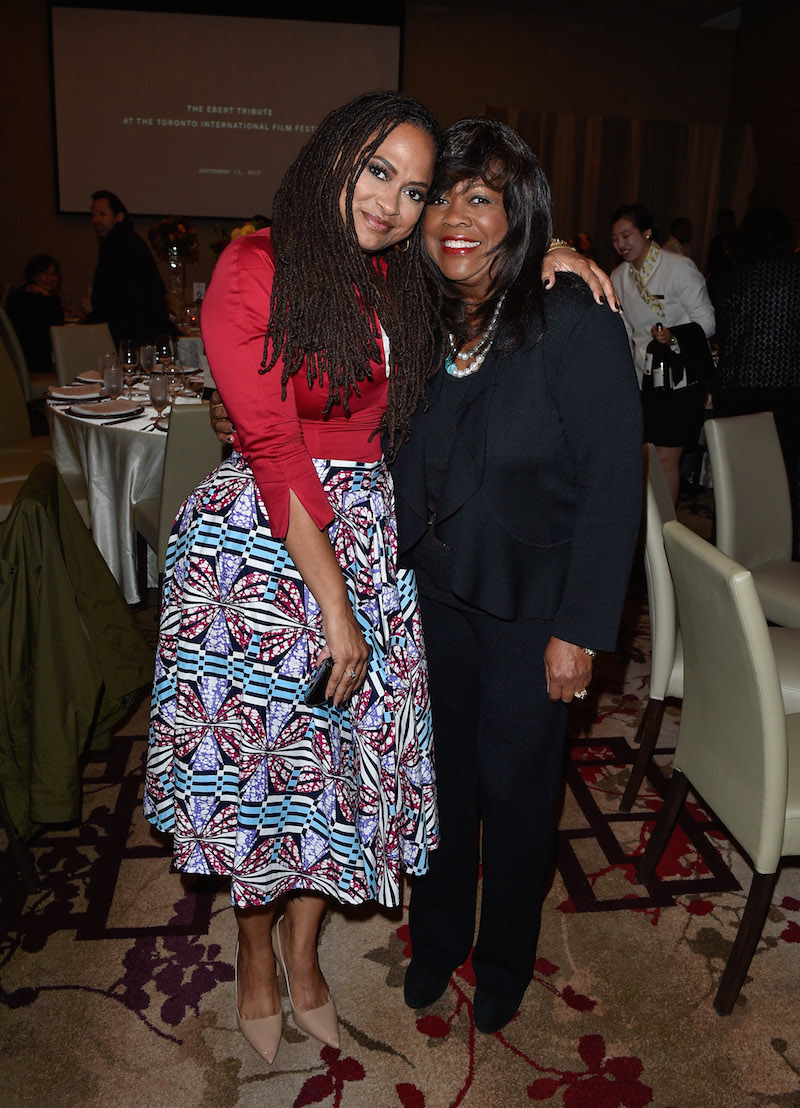 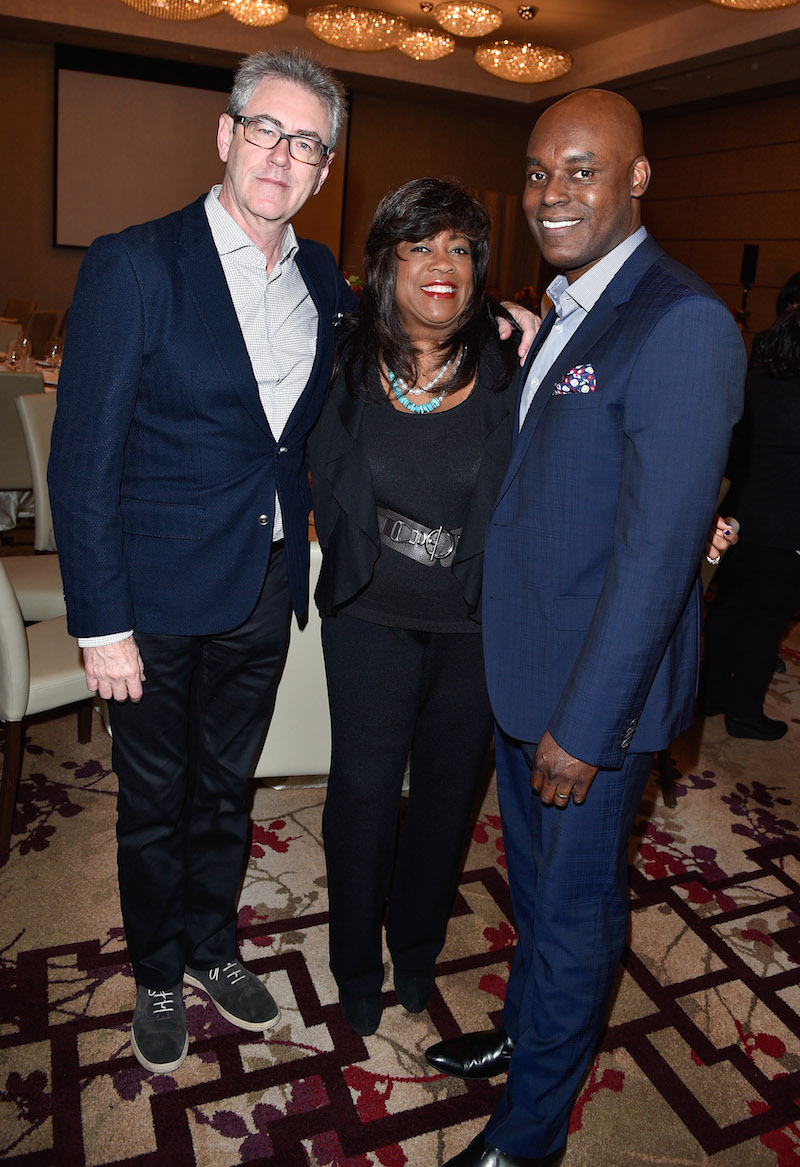 And here's Ava and Piers. 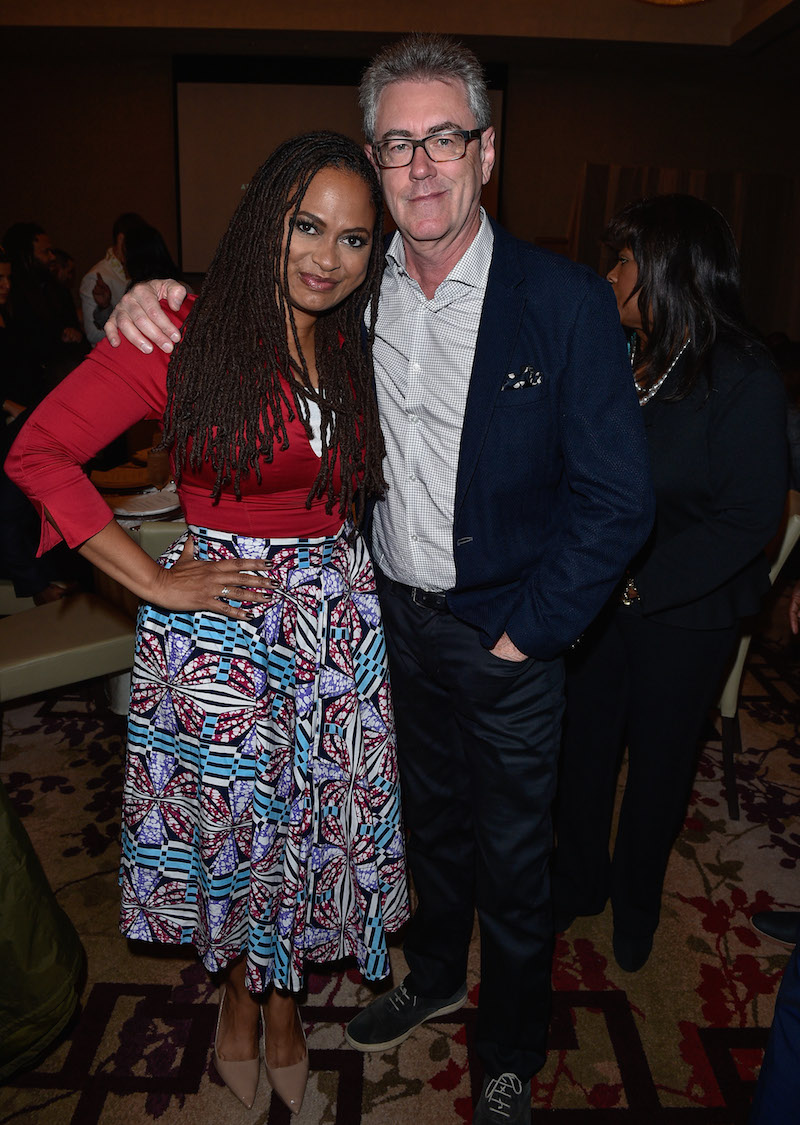 David Oyelowo poses here with Maris Curran, director of a lovely new movie called "Five Nights In Maine." Oyelowo has a starring role in that film, as well as in the new wide release, "Captive." 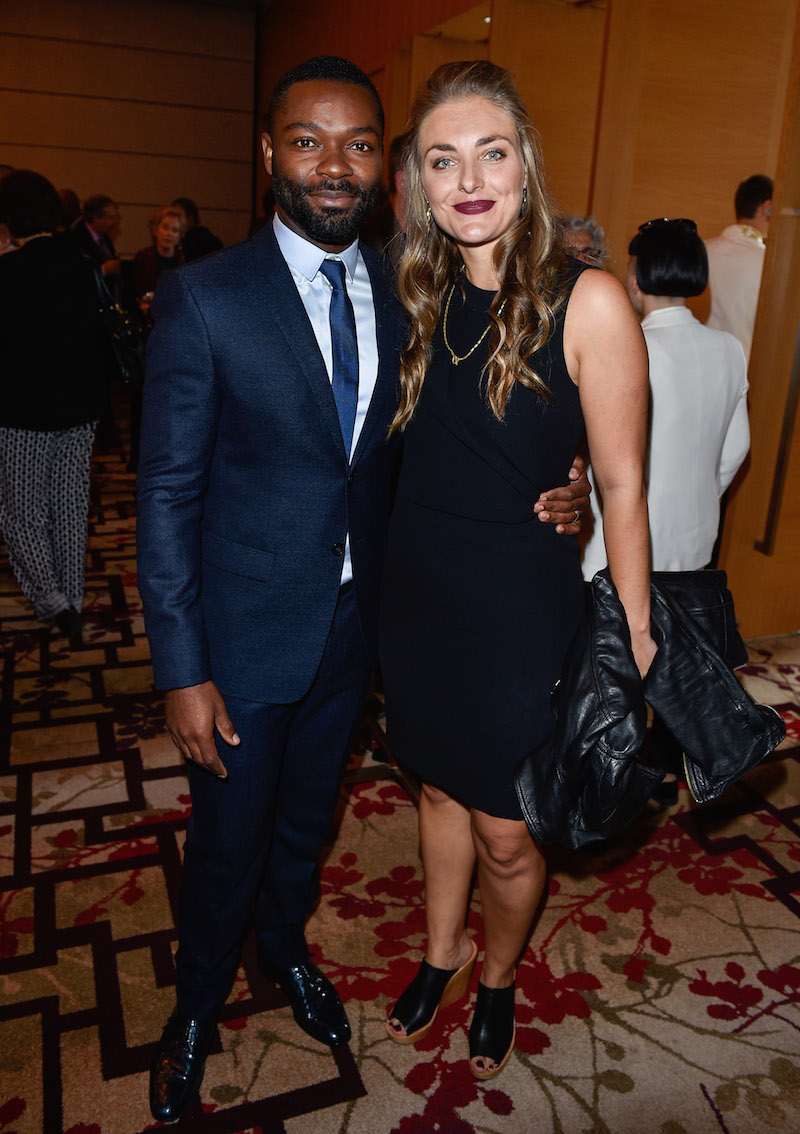 After seeing Rosie Perez perform her memorable dance to "Fight the Power" on the big screen in "Do the Right Thing" at 2014's Ebertfest, it was wonderful to see her in person at the Ebert Lunch. Here she is with her "Five Nights in Maine" co-star, David Oyelowo. 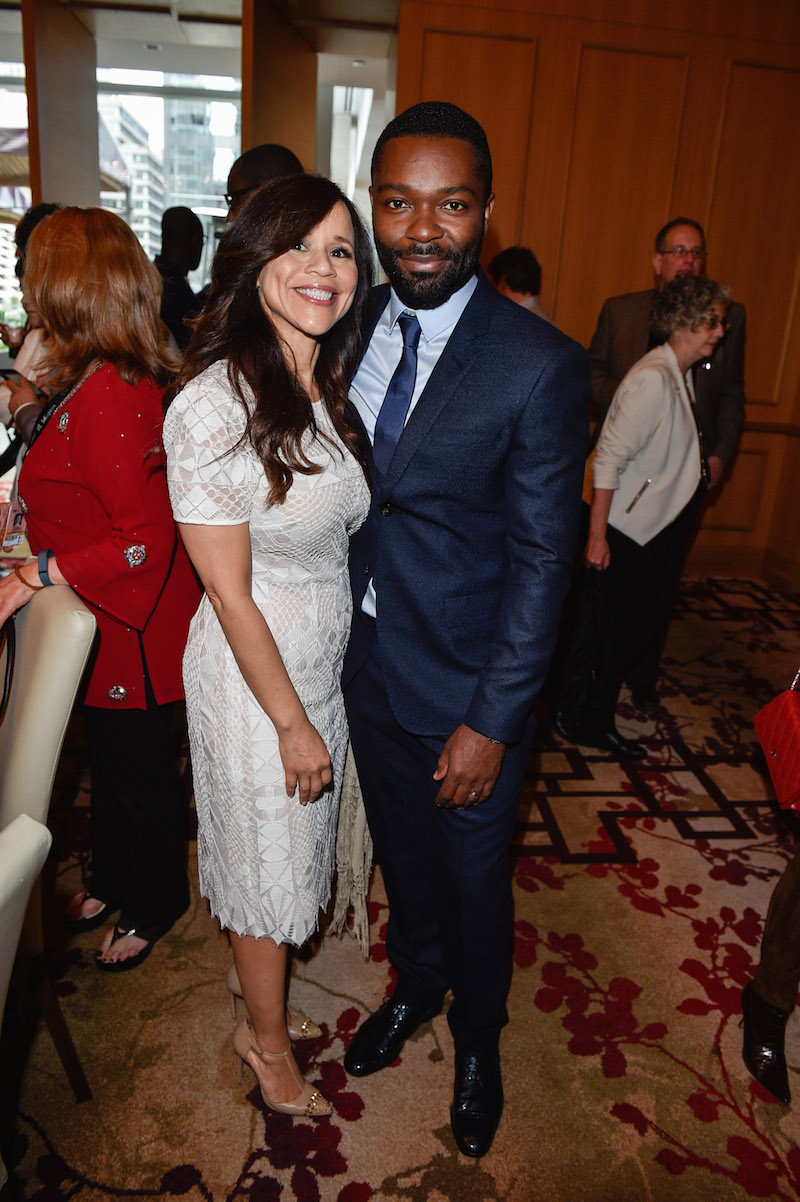 Cheryl Boone Isaacs, the first African-American president of the Academy of Motion Picture Arts & Sciences, Michael Moore ("Where to Invade Next"), and Dawn Hudson, the CEO of the Academy. 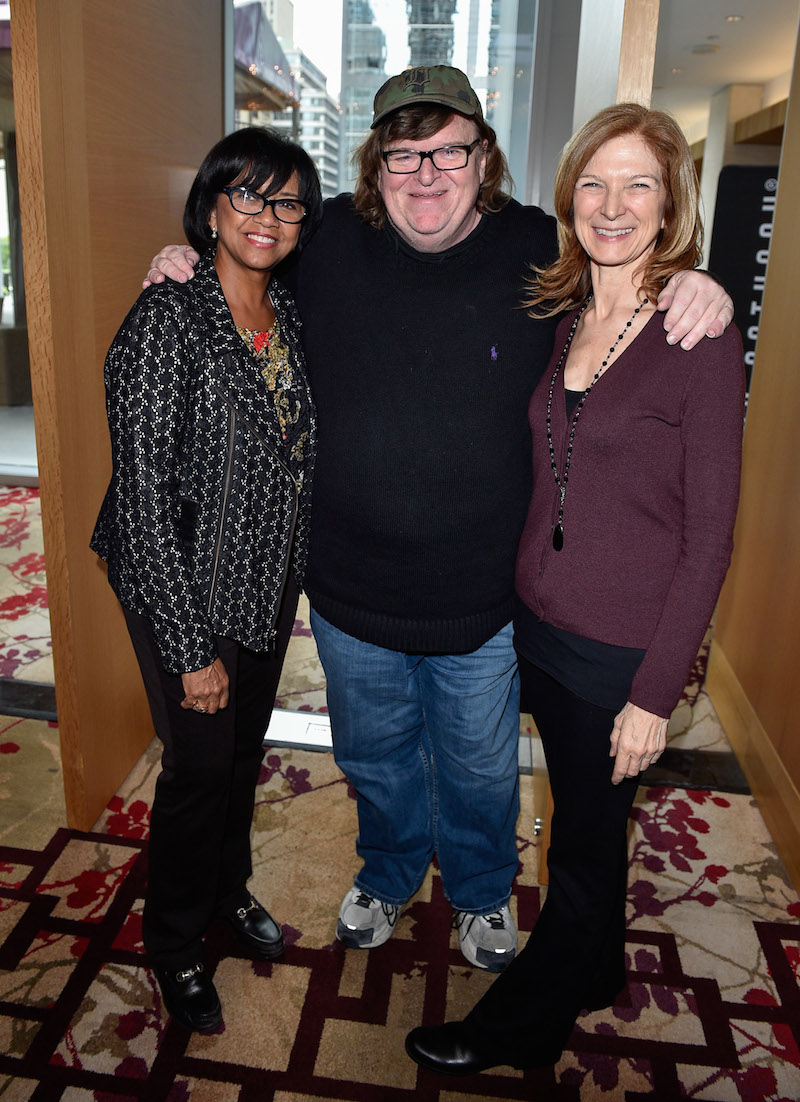 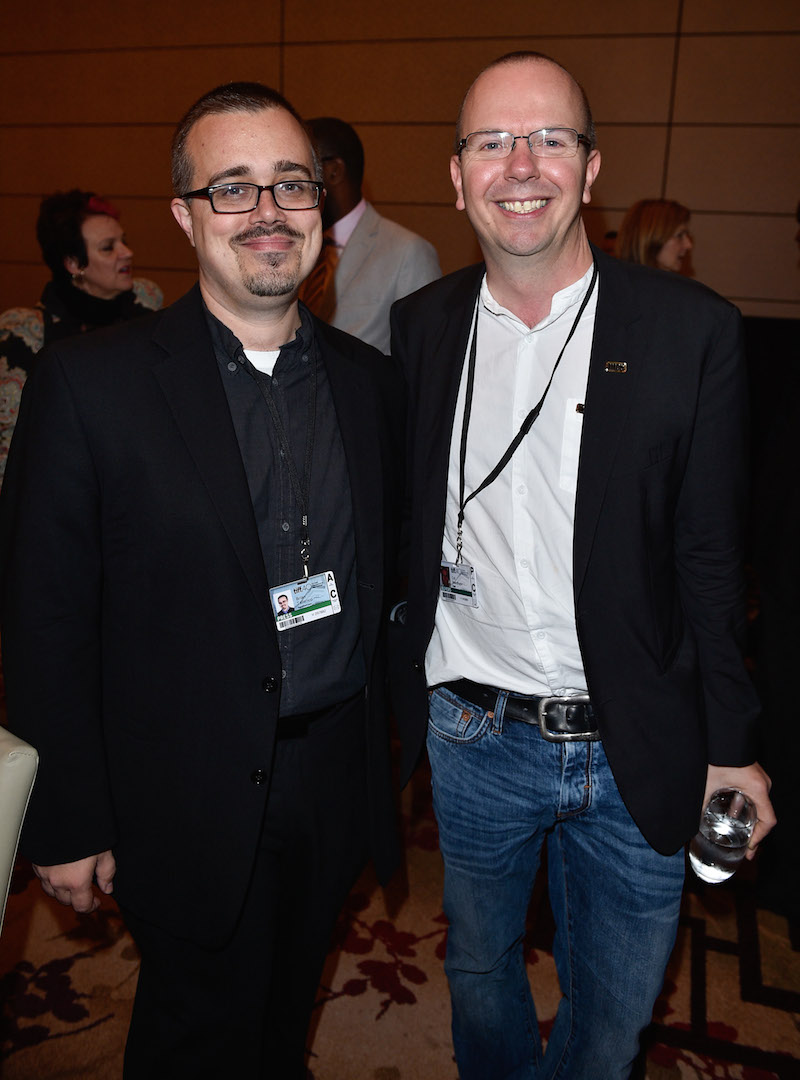 Middle is TIFF Co-Founder, Bill Marshall, with Myrna and John Daniels who wrote the first check to sponsor the festival 40 years ago, and who built the Bell Lightbox as the permanent home of TIFF. 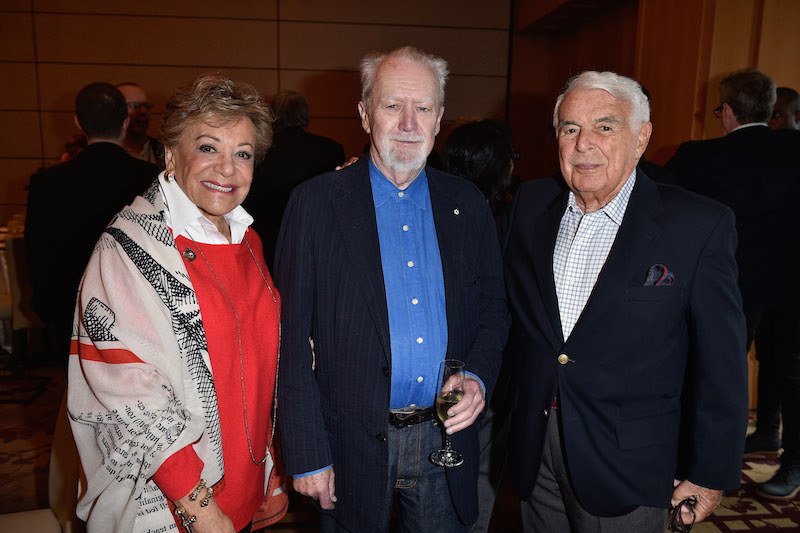 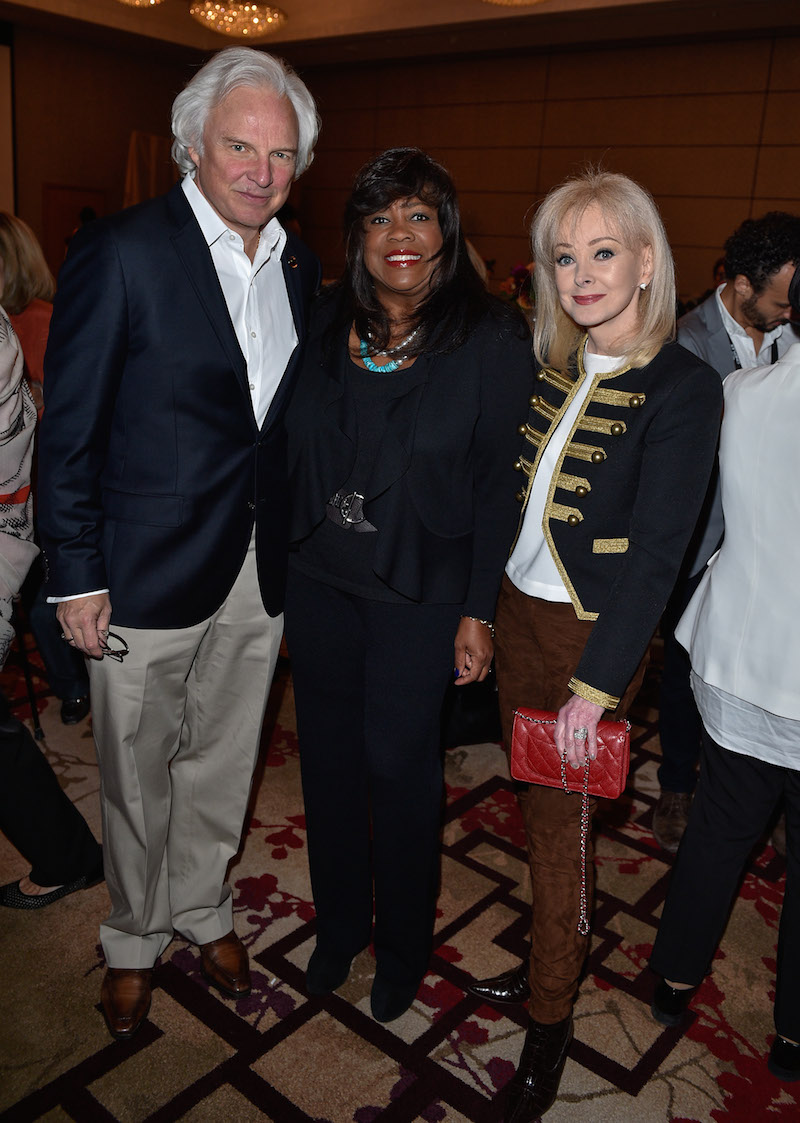 David Oyelowo and Cameron Bailey pictured here with Canadian director Clement Virgo, whose series "The Book of Negroes" is now playing in the States, and Stephan James, who portrayed Congressman John Lewis in "Selma." 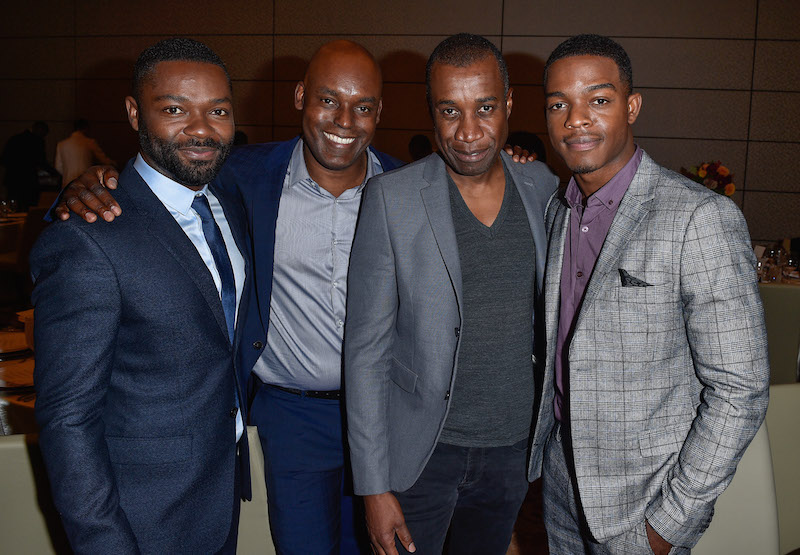 With Karen Cohl, Judge and daughter of Festival Co-Founder Dusty Cohl and her husband Mel 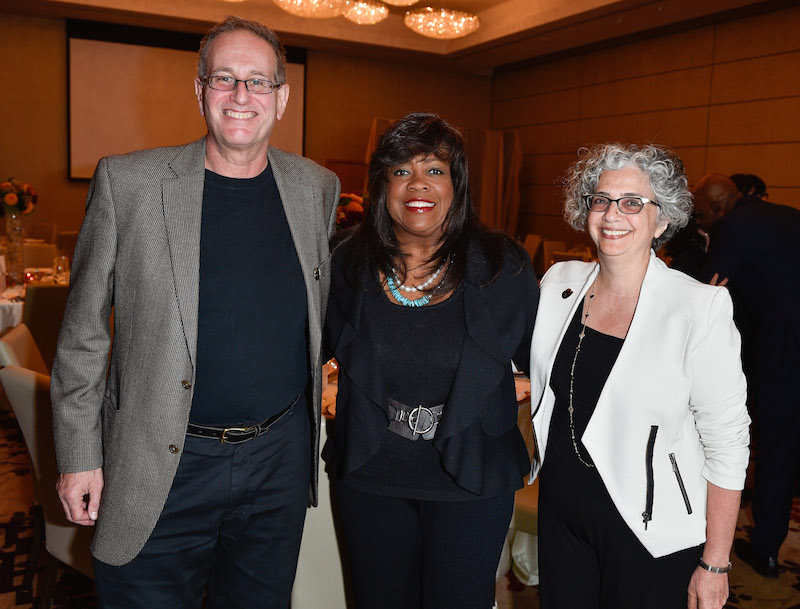 British Director George Amponsah and his co-writer/producer, Dionne Walker, who collaborated on the film,"The Hard Stop." 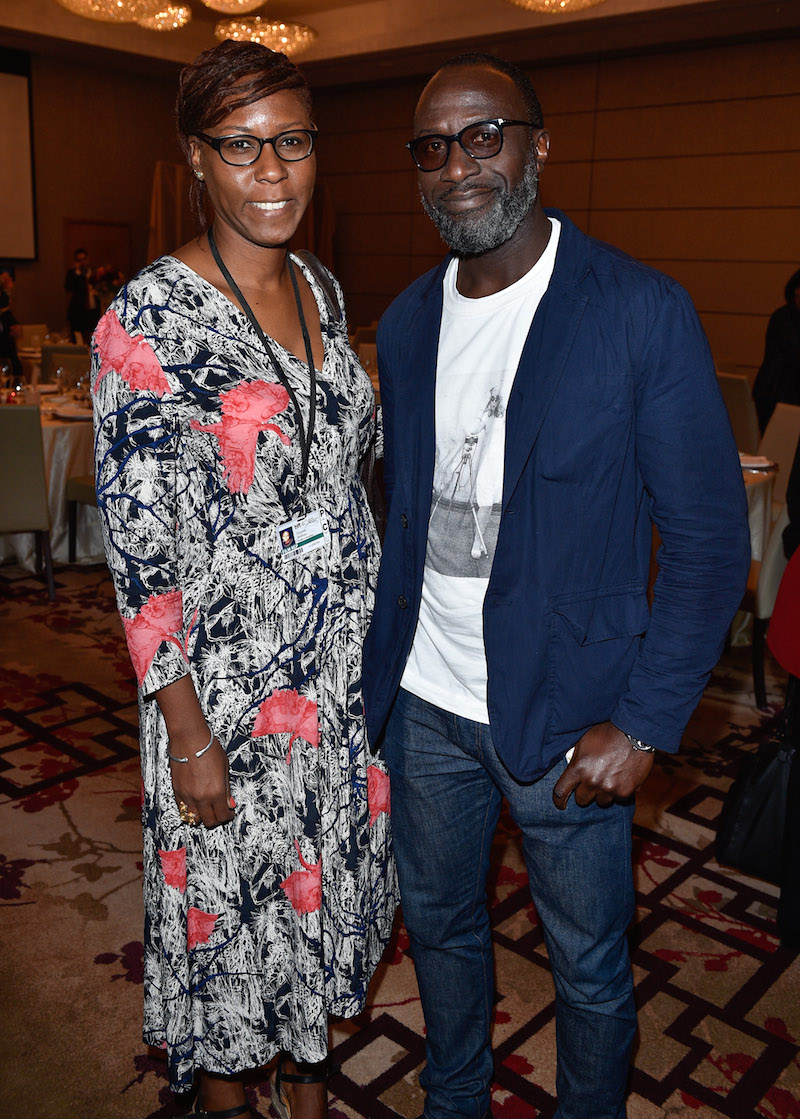 With entertainment attorney Gordon Bobb and the acclaimed Franklin Leonard, originator of the Blacklist (unproduced screenplays). 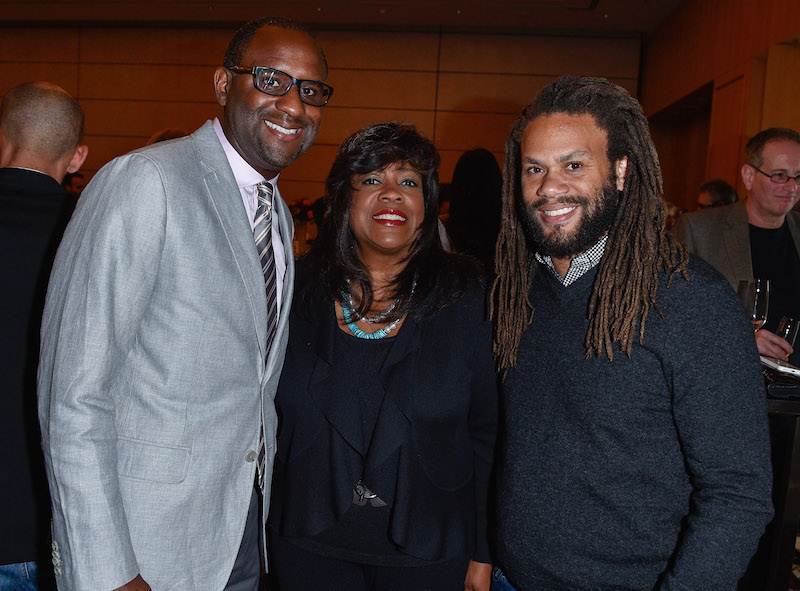 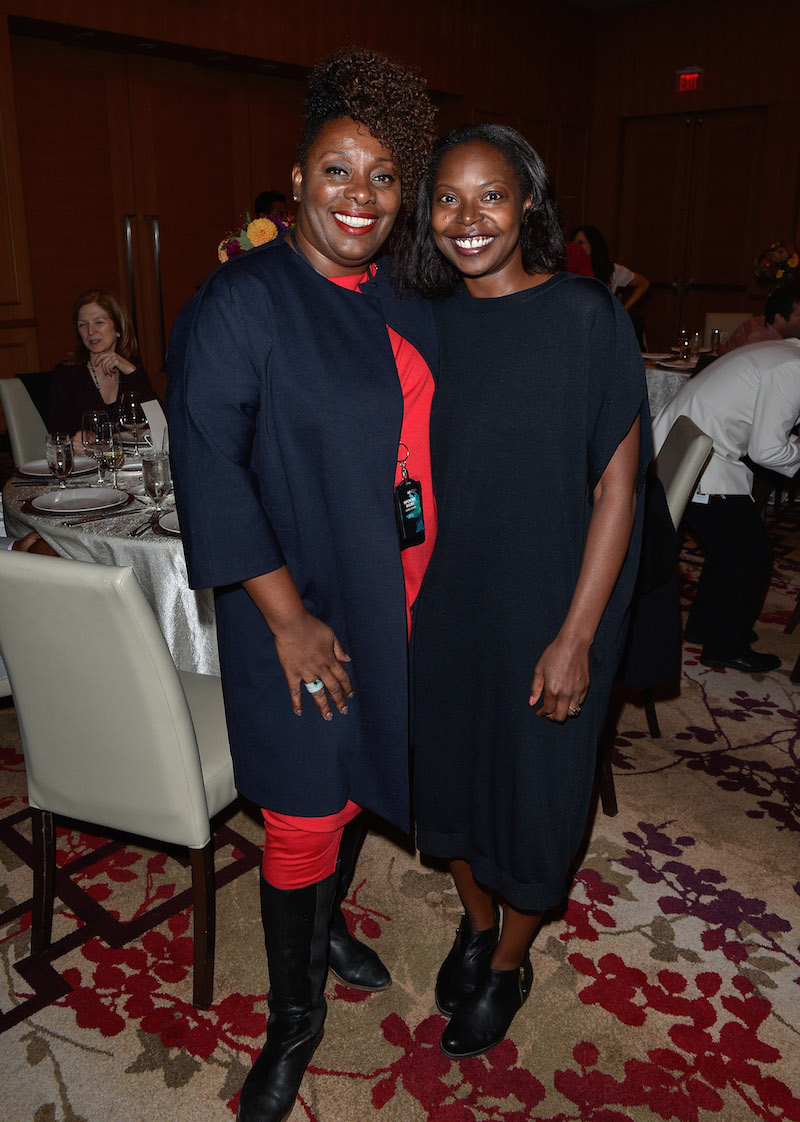 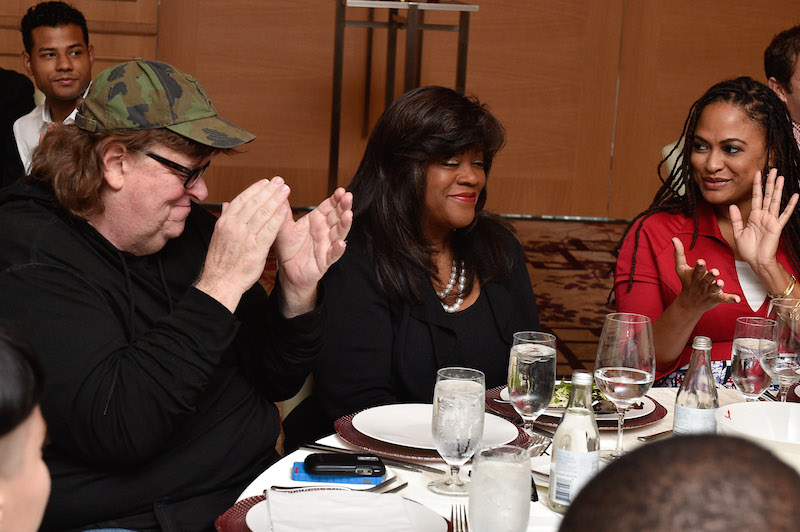 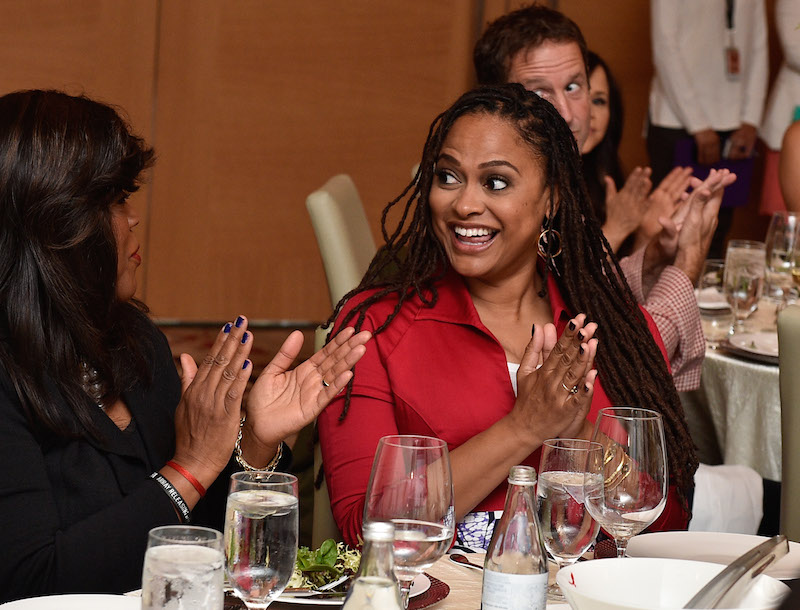 Ava at the mic, her beautiful speech made us cry 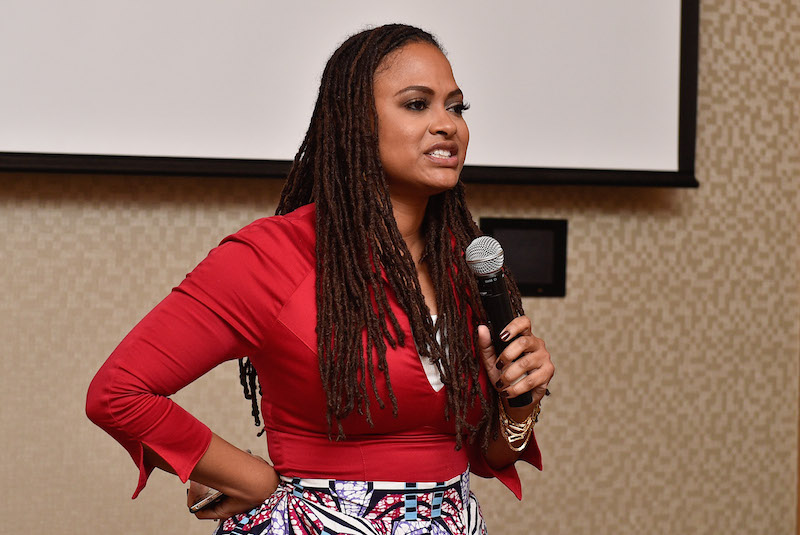 With Cameron presenting the Golden Thumb to Ava 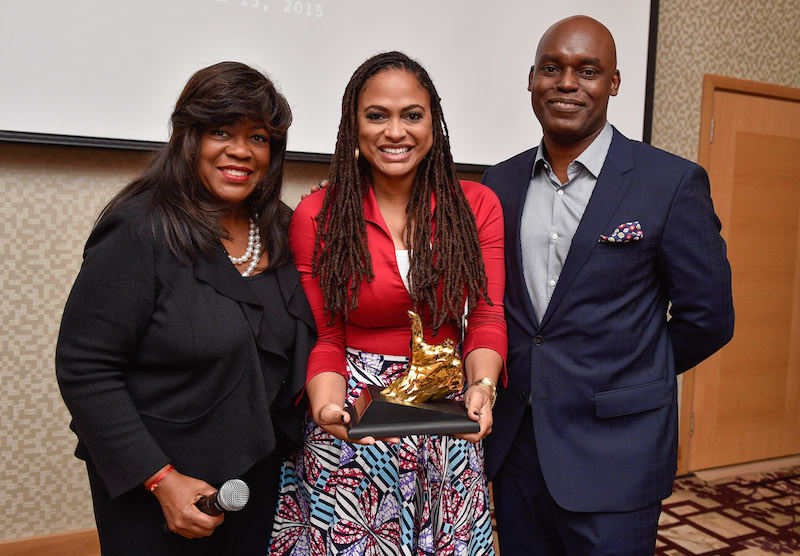 Great leather goods from Roots is our swag! Note the Golden Thumb on packages 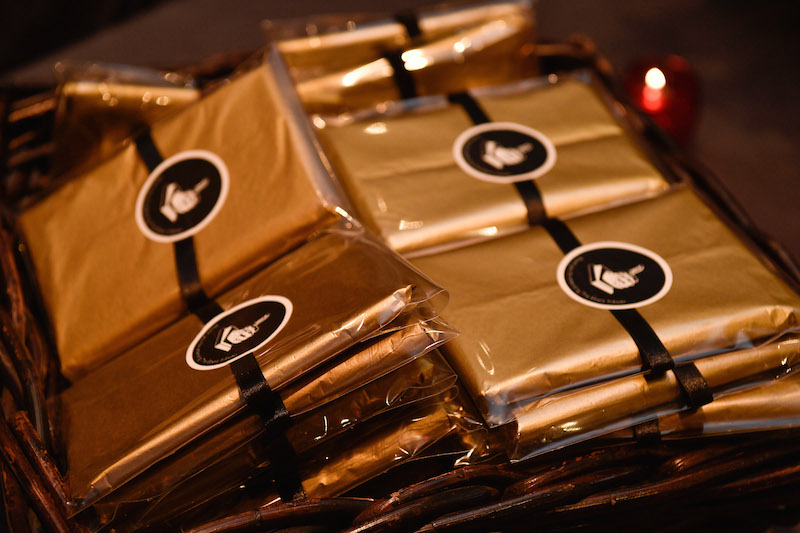 and of course, flowers for Ava. 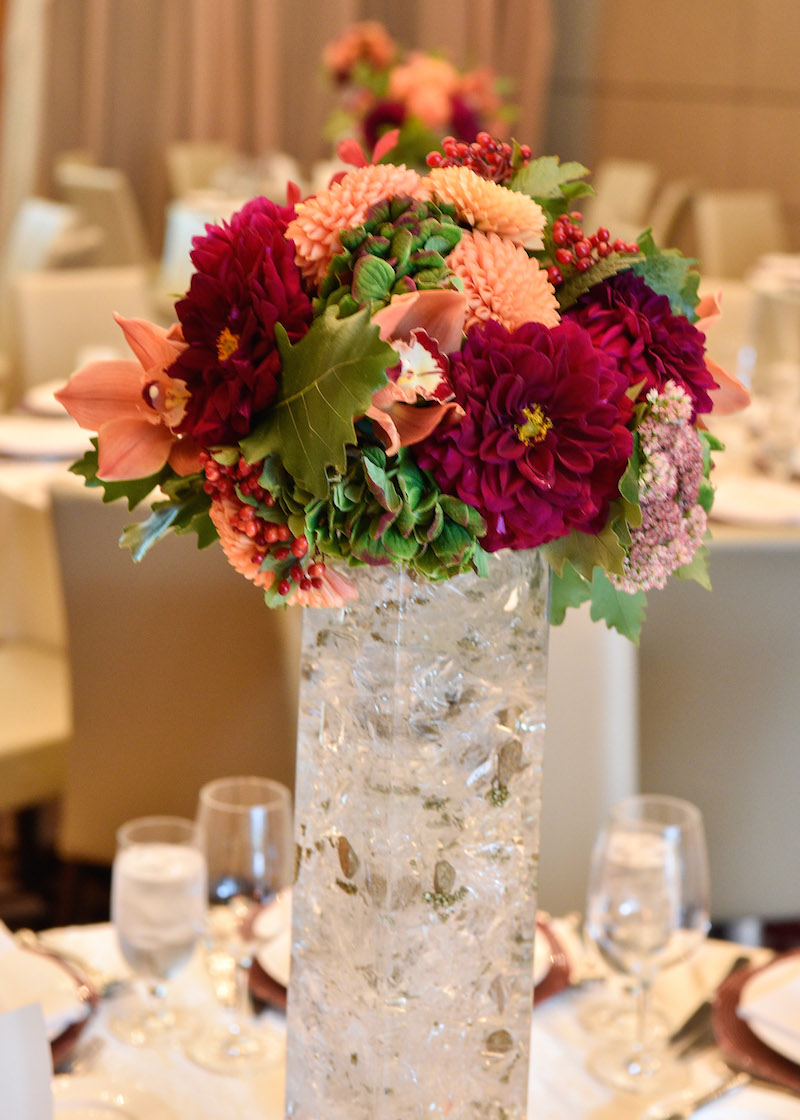