Jerry Jameson’s “Captive” is a work of surprising restraint. Its agenda is clear from the get-go, and will undoubtedly attract the same audiences that flocked to this year’s other releases targeting an Evangelical Christian demographic. Yet the message here is delivered in such a subdued way that it could easily register as an afterthought for many viewers. For a film supposedly about the transformative power of faith, “Captive” has very little to preach in that regard, apart from the importance of purchasing megachurch pastor Rick Warren’s hit book, The Purpose Driven Life.

This is the book that recovering meth addict Ashley Smith read to Brian Nichols, the fugitive who held her hostage in her apartment in 2005. Arrested on charges of rape, kidnapping and assault of his longtime girlfriend, Nichols had shot his way out of a courtroom, killing three people and severely injuring a fourth. The reawakening of his conscience while in the presence of Smith is deemed by Jameson as the result of listening to Warren’s words, yet the film skims through them so swiftly, it seems to assume that we’ve already read the book. We never get a real sense of precisely how Warren left an impact on Nichols, aside from allegedly motivating him to do the right thing. It all feels too pat and tidy, and therefore registers as less than convincing. Still, the film could’ve been so much worse.

“Captive” could have utilized patronizing tropes, with its white heroine redeeming a gun-wielding black man. It is largely to the credit of actors Kate Mara and David Oyelowo that their characters resonate as more textured than they may have seemed on the page. Oyelowo plays Nichols with such a flat affect that he truly appears to have convinced himself of his innocence. He is deranged, to be sure, but the actor doesn’t indulge in scenery-chewing. Nichols merely comes off as a man whose pervasive denial has caused his eyes to become clouded by the haze of misguided righteousness.

Mara is equally strong as a mother struggling to better herself for the sake of her young daughter. She has her own demons to contend with, and is every bit as reluctant to embrace Warren’s words at first glance. The film’s most touching scenes occur when Mara and Oyelowo let their respective guards down and begin to open up about their lives. Even when their character motivations are murky at best, the actors uphold our suspension of disbelief more often than one would expect. It also helps that the 80-year-old Jameson has the skills of a veteran storyteller. He served as an editorial supervisor on “The Andy Griffith Show” and directed “Airport ’77,” not to mention several episodes of “Walker Texas Ranger.” This is his first theatrical release in 11 years, and it looks and feels like an actual movie, not a church-funded PSA stretched to feature-length.

The problem, alas, is that Mara and Oyelowo are ultimately captive in a script that doesn’t allow its characters to stretch outside their preordained boundaries. The Purpose Driven Life is always lurking on the periphery, awaiting its role as the Clarence-like angel bestowing wisdom at the precise moment the characters need it most. Warren’s message, as succinctly conveyed in the film, is that life without purpose is meaningless, and that one must find purpose through Christ. It’s possible to view the moral of “Captive” as no different from the moral of “The Book of Mormon.” If religion inspires people to commit acts of goodness, then it serves as a positive force in society, regardless of its authenticity.

Perhaps the film shies away from delving too deeply into Warren’s ideology because it wants to avoid any trace of controversy. During one of his candid confessions to Smith, Nichols admits that he felt good while gunning down his victims. His sin was allowing his primal instincts to take over, which is a subject Warren has spoken about at great length. In a 2012 interview with Piers Morgan, Warren likened homosexuality to adultery and assault, labeling all of them as acts that occur after one gives into their natural impulses. “Just because I have a feeling doesn’t make it right,” Warren said. “Not everything natural is good for me. Arsenic is natural.” It’s hard to criticize a film like “Captive” for its anti-murder stance, yet it is the anti-gay beliefs of Warren that will prevent countless people from picking up his book, even after they’ve been held hostage. 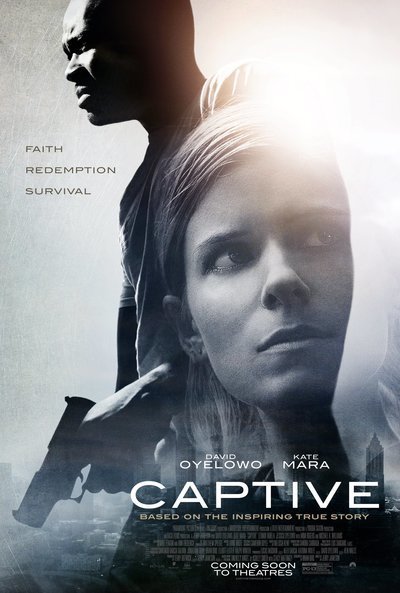