The ILLUMINATE Film Festival in Sedona, Arizona, aims to bring festivalgoers enlightenment with its 25 features screening from Wednesday, June 1st through Sunday, June 5th. Ten world premieres and sneak peeks are among the selections, each offering what the festival promises as "the best in conscious cinema." Highlights include gala screenings of Rita Coburn Whack's "Maya Angelou And Still I Rise" and Oscar-nominee Joe Berlinger's "Tony Robbins: I Am Not Your Guru."

Other scheduled events include a shorts program and screenings of Paola Marino's "Teal: The Making of a Spiritual Teacher" with renowned healer Teal Swan in attendance. Simon Kilmurry, executive director of the International Documentary Association, will moderate a discussion on film finance, while transgender father Trisha Shattuck will participate in a Q&A following his daughter Sharon's documentary, "From This Day Forward."

Dr. Michael Bernard Beckwith will be presented with the inaugural Conscious Visionary Award at a screening of Scott Jacobs' "Love, Sweat and Tears." And on Friday, June 3rd, Chaz Ebert will deliver the festival's Keynote on the role of transformational entertainment and its impact on humanity. That event will be followed by a Spotlight Conversation with photographer Norman Seelf, who has worked with everyone from Tina Turner and Jim Henson to Martin Scorsese and Steve Jobs. 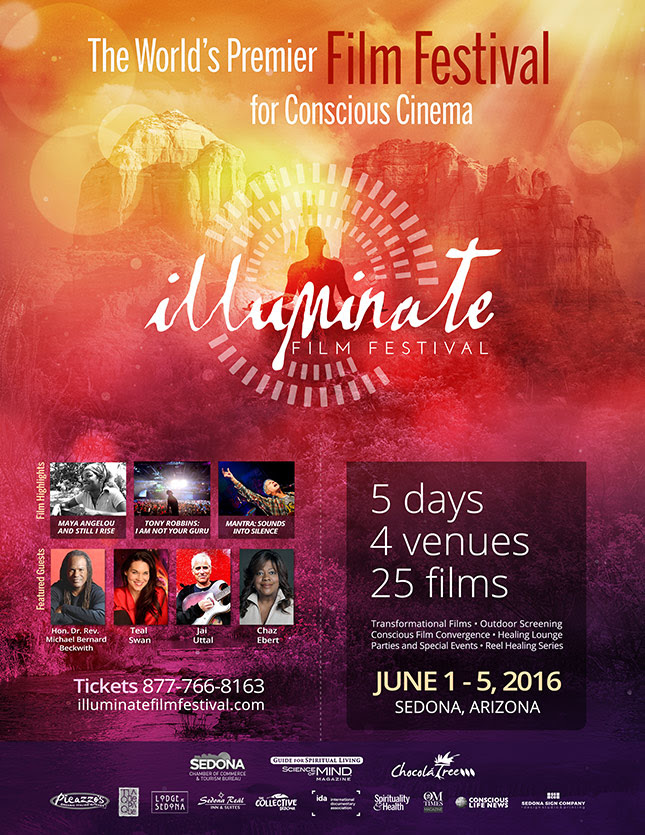 For tickets and the full festival line-up, visit the official site of the ILLUMINATE Film Festival.