There's little point in parsing whether this 1940 picture is Great Hitchcock or merely Good Hitchcock when the presentation is so terrific. For the first time I noticed that the opening of this call-for-Allied-action thriller opens with another one of Hitchcock's done-with-models traveling shots, and the look is gorgeous: black-and-white polished to a nitrate-reminiscent sheen but never digitally crushed. And the uncompressed mono soundtrack, transferred at 24-bit, has terrific presence, and reminds us that Hitchcock attached so much importance to sound as a method of both communicating data and creating suspense/shock. As for whether it's Good or Great, well the diffuse scenario makes for a less than entirely satisfying film, but there are a lot of great set pieces. Not to mention ace bits from supporting cast members George Sanders and Robert Benchley. Superb extras, too, including the Master himself doing a whole hour with Dick Cavett. —A+ 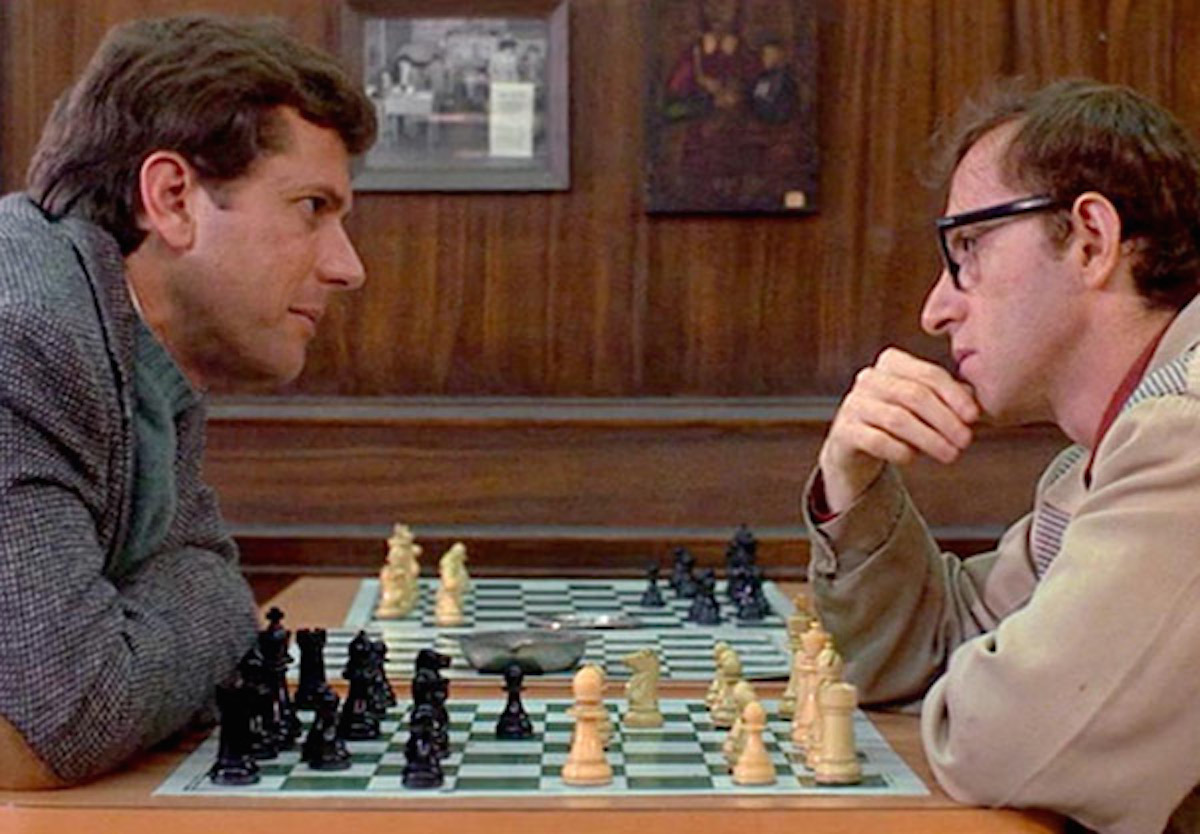 This is coming out around the same time as a Twilight Time version of "Crimes and Misdemeanors," and I was gonna make an "Airplane!" style joke beginning "Looks like they picked the wrong time," but, you know, it's not likely the limited-edition Blu-ray-buying public is the sort to be persuaded by revived scandal. In any event, I haven't gotten "Crimes" yet but I imagine it's a little more impressive than this, which features Woody Allen in his first relatively straight dramatic role, working for director Martin Ritt in a HUAC-era showbiz drama scripted by once-blacklisted Walter Bernstein. The look is solid, plain unextraordinary, which is probably how Ritt wanted it, because cinematographer Michael Chapman was capable of a lot more (see "Taxi Driver," no duh). Pretty sharp movie though. —B+ 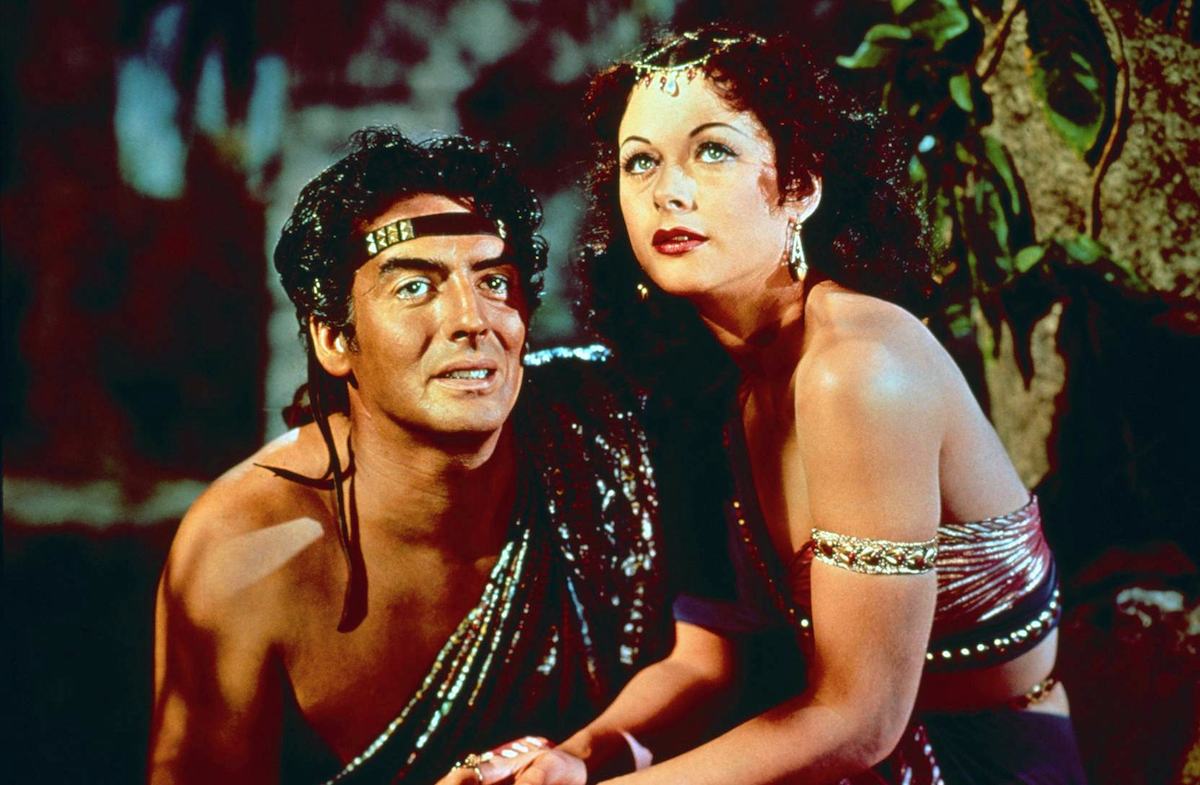 I always love a Cecil B. DeMille color picture given the super-thorough cleanup and restoration. And Groucho Marx is wrong—Victor Mature's bustline is not, frankly, more impressive or attractive than Hedy Lamarr's. This 1948 precursor to the ineffable "The Ten Commandments" begins with some awesome C.B. narration ( "and tyranny rose…") in the event you weren't excited just by the names listed in the supporting cast: "Russell" Tamblyn, Fritz Leiber, Mike Mazurki, George Reeves, Arthur Q Bryan, Moroni Olsen…all this and a young and foxy Angela Lansbury. And every frame is truly gorgeous: you want to talk production value, here it is. On the minus side, the movie really does boast Victor Mature's worst performance. And the lion-wrestling scene is even more hilarious than the Monty Python sendup of it. If you consider such things actual liabilities, that is. No extras. Who needs 'em? Inspirational dialogue: "You killed him with your hands!"—A-

Caveat emptor: although the back cover claims "Interviews With Screenwriter," Martin Amis is nowhere to be found on the extras for this disc, unless I've been unable to open an Easter egg. And so his novel "Money" will have to stand as his most pertinent comment on this famed 1980 sci-fi disaster, whose tempestuous (even tragic) production history is detailed in a commentary by David Bradley, and Greg Moss, the latter of whom runs a fan web page for the movie. And watching with the commentary rather than the actual audio is all to this movie's advantage: the production design and effects aren't that bad. The dialogue? It's hard to tell, as the three leads in the film deliver it in different shades of florid, and Harvey Keitel doesn't deliver it at all: he was dubbed by Roy Dotrice in post-production. In an interview here, Dotrice wryly observes "Why Harvey Keitel hasn't come along here with a gun and shot me since I have no idea." A bizarre, unsuccessful movie, but an engaging Blu-ray package—the picture quality of the film is tops. —B+ 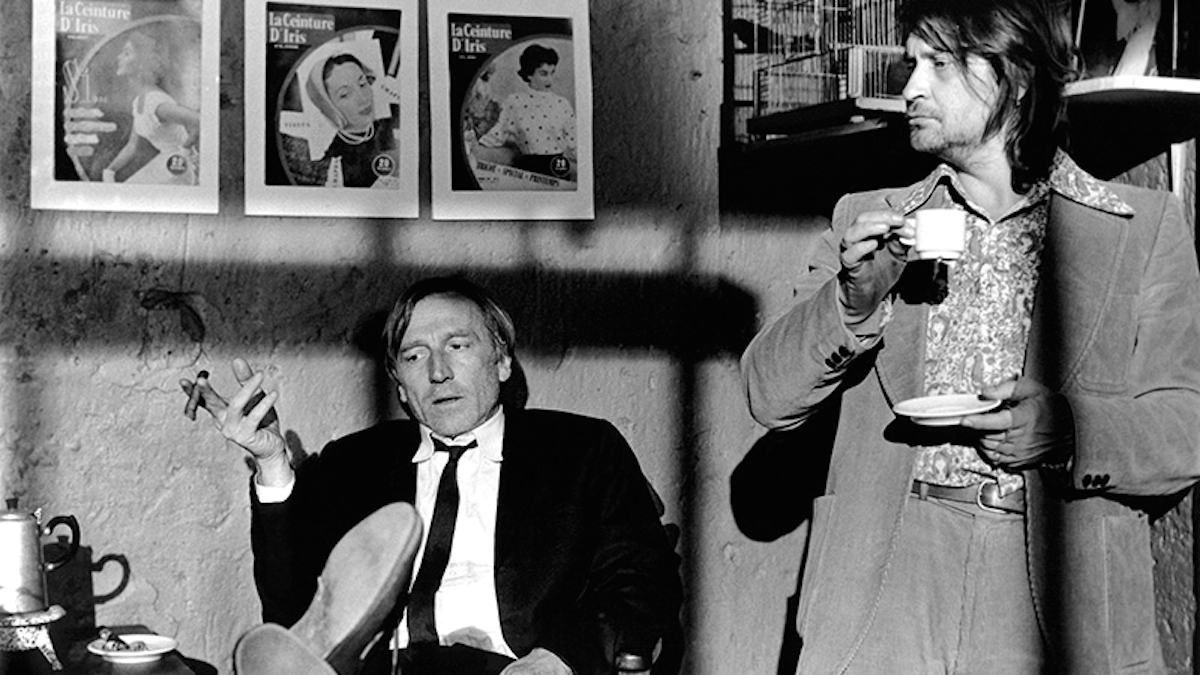 It's good to see the Criterion treatment applied to a really first-rate vintage work by Aki Kaurismaki, who at his best (the late '80s and early '90s represented a particular heyday, I'd say) definitively put the "dead" in "deadpan." This dryly hilarious transposition of Henri Murger's tales of garret glory is all the more of a laff riot for being shot in a vaguely nourish black and white (by Timo Salmonen). Look for cameos from Samuel Fuller and Louis Malle. Criterion's also released A.K.'s 2011 "Le Havre," a kind of sequel to this so why not schedule a double feature? —A

Next Article: Launching Our New Facebook Page, EbertVoices Previous Article: On the Need for a "Harlem Renaissance" for Latino Cinema