Two shows at least partially defined by the carnage inflicted by their protagonists return next week for final seasons: HBO’s marvelously detailed “Boardwalk Empire” and FX’s adrenalized “Sons of Anarchy.” “Boardwalk” is ending on something of a down note commercially, failing to maintain the buzz of its first two seasons through subsequent outings that too many critics and even more viewers found lacking (not this one; I think season three of “Boardwalk” is its best and four is phenomenal as well). On the other hand, “Sons of Anarchy” is going out at a peak of popularity that I doubt its creator, the remarkably talented Kurt Sutter, and even its network could have predicted. After a relatively rocky start (and truly rough third season), "Sons of Anarchy" never looked back and found a way to blend modern drama with Greek tragedy in a captivating, fascinating way.

No matter where they stand in the zeitgeist, it truly feels like both programs have reached the right end point, not dragging their narratives out past the breaking point (see “Dexter”) but not ending at a point that anyone could really argue is “too early.” We’re saying goodbye to Jax Teller and Nucky Thompson at just the right time, and, given their propensity for violence, we may be zipping both into body bags.

That’s the big question, isn’t it? How does a TV creator end the arc of a violent man? Some of the best series finales of all time, including “The Sopranos” and “The Shield,” have found a way to leave their anti-heroes in purgatory, realizing that ending with a period is nowhere near as interesting as ending with an ellipsis (and that’s why, while you’ll find no bigger fan, the end of “Breaking Bad” bugs me more every day). I suspect the saga of Atlantic City on HBO will end with more than a few plot threads dangling in an artistic way. I suspect SAMCRO will end with more than a few dangling body parts but no doubt as to the fate of FX's Hamlet. 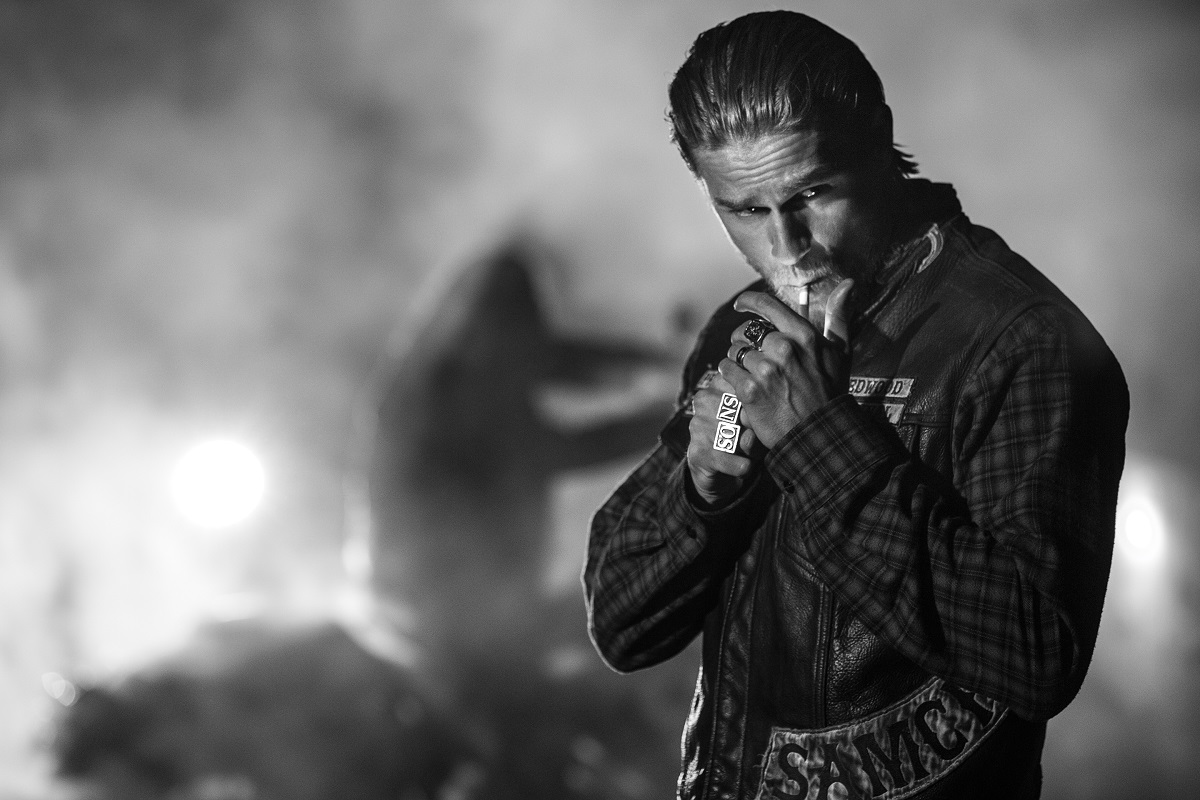 Naturally, the final season of “Sons of Anarchy” has to focus on the fallout from the insanity that took place in the final few episodes of last season, which saw the deaths of Clay (Ron Perlman) and Tara (Maggie Siff), two of the most essential characters in the history of the show. Losing Clay and Tara before the final chapter of this saga was a daring move on Sutter’s part, and my first question in watching the opening three episodes of the seventh and final season was what impact that would have. While we know Gemma (Katey Sagal) is the one responsible for Tara’s death, Jax doesn’t, and the loss of a father and partner has drawn him closer to the woman who I believe will eventually be his undoing. Or perhaps everyone else will die and Jax & Gemma will ride off into the sunset as the twisted mother-son duo they’ve always been. Gemma started as a protector to Jax but she has kept him tied to danger and closer to chaos than anyone else. It will be interesting to watch Sutter and his team of writers focus on this dynamic as their final talking point.

After a relatively explosive season premiere, the next two episodes of “Sons of Anarchy” may frustrate viewers hoping for insanity in every episode. Sutter gets down into the dirty of a gang war again, and it’s a bit of a narrative letdown after the explosiveness of last season. I’d also be lying if I didn’t admit to missing Clay. He was a devil on the shoulder of this show from episode one—a constant threat of violence, secrets being revealed, uncertain loyalties. Of course, the truth about Tara’s death and how Gemma acts to hide it serve as enough narrative fuel for this season but Sutter is taking his time pouring the gasoline before he lights it on fire. I’m a bit tired of turf wars and questionable loyalty but those common themes of the show almost feel like purposeful distractions here, ways to build tension and buy time until chaos erupts. 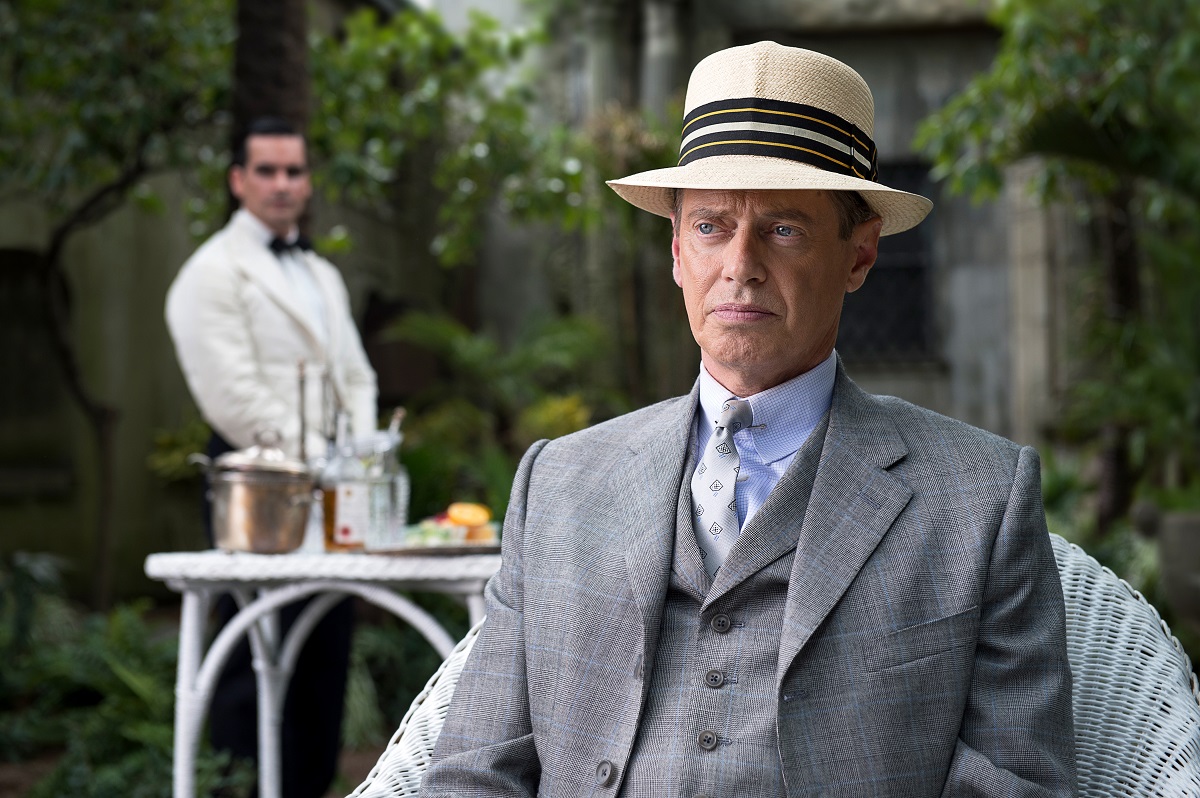 Things are more subtly chaotic on “Boardwalk Empire” this season as well, marked by a season premiere that feels more menacing and violent than the HBO hit often has in the past. Nucky (Steve Buscemi) is down in Havana, wooing senators with Sally (Patricia Arquette), while a turf war builds back at home. Meanwhile, Chalky (Michael K. Williams) is on a chain gang, living a very different life. Director Terence Winter brilliantly contrasts the two men in the season premiere, a pair of power brokers without their power structures.

The final arc of "Boardwalk" will clearly be about a fading era. Look at the background of the first episodes as the glitz and glamour of the first few seasons has been replaced by more dirt, poverty and grit. Watch the impact of the economic collapse. Notice Elliot Ness (Jim True-Frost, in a perfect bit of casting) giving a speech in the second episode. Pay close attention to the people grabbing for power in these first few episodes and ask yourself what they would possibly do with it if they had it. They are men able to overthrow but unable to rule.

The final season of “Boardwalk Empire” (at least the first three episodes) will also be defined by a structure that provides regular flashbacks to Nucky’s childhood. I love the idea of balancing a gangster’s final days with his formative ones. So we see a young Nucky getting into the employ of a young Commodore. We see brushes with the law, the death of his sister and other defining moments that created this unforgettable character. And the writers of “Boardwalk” have wisely returned Margaret (Kelly Macdonald) to a prominent role. I miss Jack Huston. Heck, I still miss Michael Pitt. But it makes sense that this still-brilliant show feels a bit haunted now by characters lost and memories forgotten in the final days of a closing empire.