Casting is so essential to the success of a new comedy. While I recognize the flaws in ABC’s new “Selfie,” I like the two leads enough to allow those concerns to fade away as I program the DVR to record at least the next new episode. By the same token, while I see some clever beats in the show that ABC has chosen to follow “Selfie” in an attempt to launch a Tuesday night hour—“Manhattan Love Story”—two episodes have me convinced that the program is miscast, and it’s built on a concept that's dependent on likable characters to work but the show doesn't have any. Why is “Selfie” the better show? Because, and this is more key for a sitcom than any other kind of show, I want to hang out with the people of this world. The ones in “Manhattan Love Story” just annoy me. 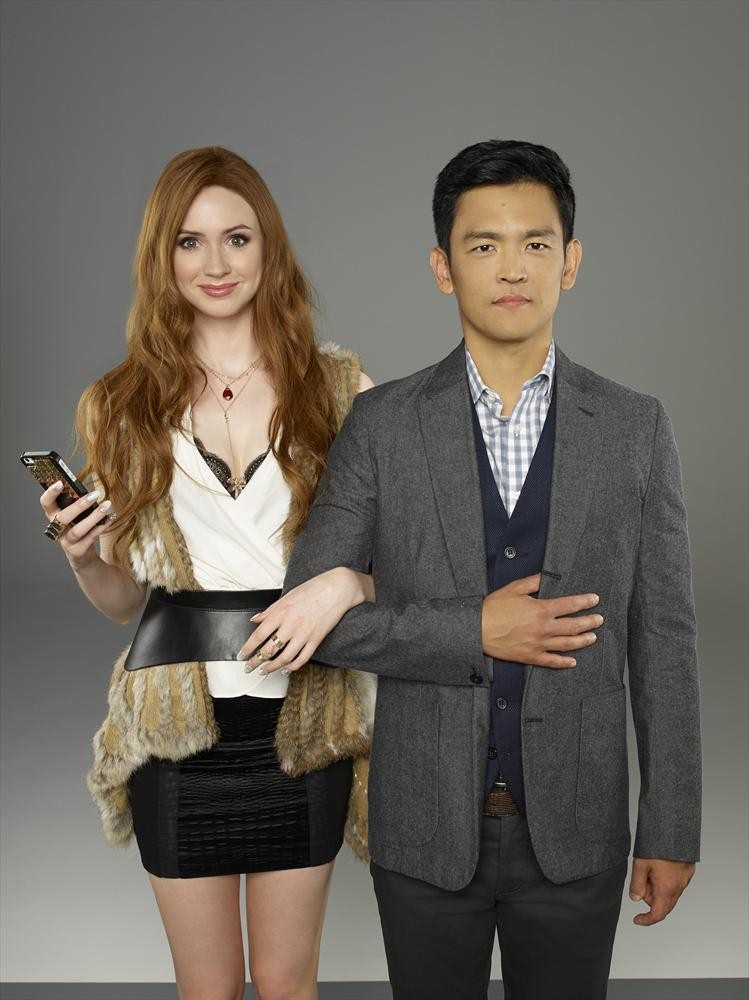 In the real world, no one would call Eliza Dooley (Karen Gillan of “Oculus” and “Guardians of the Galaxy”) likable. In fact, “Selfie” is predicated on the concept that she’s anything but. Eliza is a self-obsessed, tech-driven narcissist—the kind of person who has more Facebook friends and Twitter followers than real human connections. And there’s a reason her name sounds a bit familiar. Eliza Doolittle of “Pygmalion” and “My Fair Lady” is the obvious aesthetic ancestor to our 2014 Ms. Dooley, a woman similarly out of touch with the world around her and uneducated in social grace. This Eliza is a relatively low-level employee at a marketing firm who learns the very hard way that none of her co-workers like her after an embarrassing incident on a plane goes viral, and her colleagues can’t stop laughing at her the next day. She also learns that she has no real friends in her “actual” life either as all the people who liked her Instagram posts don’t exactly come rallying to her defense when she’s down.

Just as she’s about to slink away into the darkness or, worse, rekindle her anti-social-social-networking, this Eliza finds her Henry (John Cho) in the form of the company’s ace marketing executive. If he can turn around a troubled brand for his company, why can’t he reimagine the brand that is Eliza Dooley? The well-spoken, overly-mannered Henry forces Eliza to put her phone away, actually like things instead of “Like”-ing them and live in the moment instead of thinking of a way to share it on social media. He forces a complete makeover, making her presentable to the executive world in which he runs not unlike Henry Higgins did to Eliza Doolittle.

The pilot of “Selfie,” which has been available on Hulu for some time in an effort to build buzz for the show, is imperfect but entertaining. As much as my critical mind finds some of the jokes easy and the characters remarkably broad, Gillan finds something vulnerable and relatable in a character that other actresses would have merely turned into an unlikable monstrosity. I wish the inciting incident for Eliza’s character reboot wasn’t so ridiculous as to involve multiple bags of human vomit, but there’s something there in Gillan’s performance that I think could grow richer and even more likable as the show goes on. And I’ve always been a Cho fan, hoping he could find the right part on the right sitcom after years of failed attempts at TV glory. Most importantly, Gillan and Cho have solid chemistry, as any good Eliza and Henry need to have to make the transformation of both characters complete. 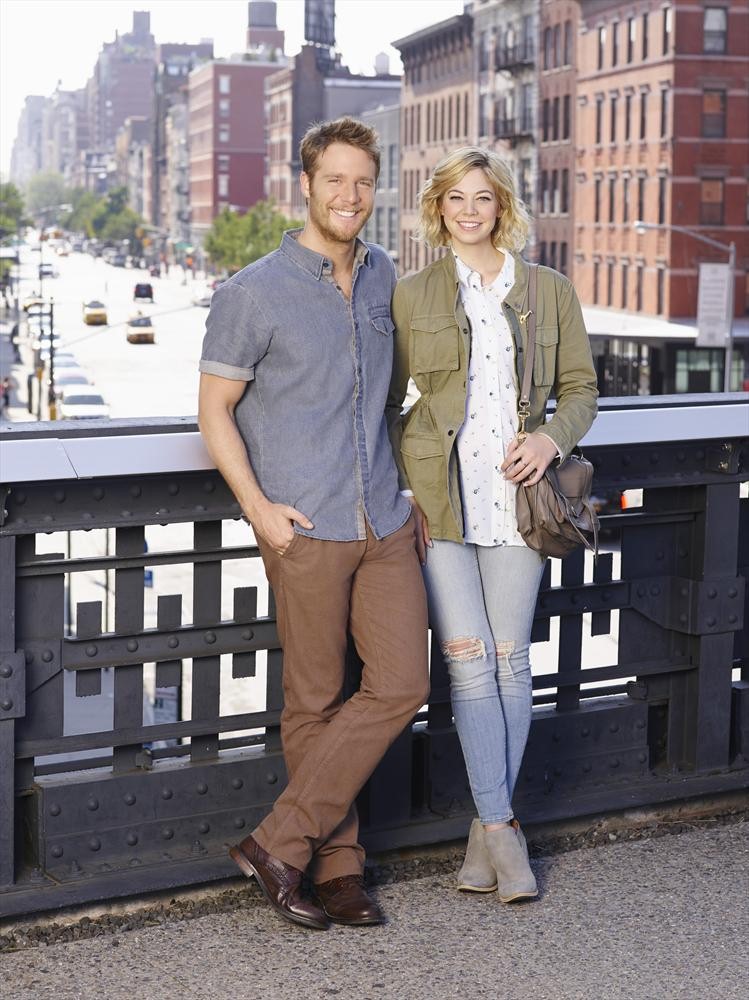 And that’s one of the key problems with “Manhattan Love Story”—its two love-crossed leads are a pair of characters that the audience, at least after two episodes, will have no interest in seeing get together. Romantic comedies demand likable characters. We need to root for our hero and heroine to find love with one another. After a pair of episodes, “Manhattan Love Story” is missing that essential ingredient—the chemistry that demands comparison to great TV love affairs like Ross & Rachel, Sam & Diane and Jim & Pam. While those may seem like high bars to clear, the WHOLE show is built around the idea that these two people will eventually get together. It’s their “Love Story.” If that element doesn’t work, it all falls apart.

The pair at the center of “Manhattan Love Story” is Peter (Jake McDorman) and Dana (Analeigh Tipton), a pair of traditionally stymied single people hoping for something greater than eHarmony can provide. The script here is a constant barrage of inner monologue turned narration, most of it centered on how love and life is different in the Big Apple, without ever making that key element of the show feel genuine. The first two episodes are filled with supposedly witty insights about “That’s how people date in New York” without ever getting deeper than that. In fact, it feels decidedly NOT tough or gritty enough to be a story about New York. It’s more “Vancouver Love Story.”

There’s a faux modernity—look at how hip and Manhattan these characters are!—that punctures any efforts by Tipton or McDorman to find the hearts of these two love-crossed city dwellers. I’ve particularly liked Tipton before in films like “Crazy, Stupid, Love” but she’s miscast here as the single woman with no idea how the dating world works. And McDorman’s interest in her feels fake. What does he see in her? What does she see in him? It’s not necessarily their fault but the spark, the magic that would have been there with better writing or better casting, is missing. We can't get to the essential core of what each of them see in one another. Or what we should see in the show.