M. Night Shyamalan’s FOX mini-series “Wayward Pines” opens with a shot of an opening eye to reveal a man in a suit on his back in a woods. It has to be a conscious nod to “LOST,” which opened identically, right? Why not confront up front? "Yeah, we're like LOST. Deal with it." As I watched the five episodes of this odd mystery series that were made available to press, I noticed more and more obvious inspirations. There’s a bit of cribbing from “Twin Peaks,” some set pieces that should remind gamers of “Silent Hill,” thematic commonalities with “The Truman Show,” an echo of “The Village,” a similar flavor to “Under the Dome,” and, of course, viewers of a certain age will think the whole thing oddly reminiscent of “The Prisoner.” And yet all of these inspirations eventually come together to form something new, something entertaining enough to keep you going until it really turns in episode five, directed by the excellent James Foley (“Glengarry Glen Ross,” “House of Cards,” “Hannibal”), into something that is at least verging on greatness. If you have the patience to get there through some bumpy spots in the first few episodes, “Wayward Pines” really starts to work. And become something of its own. Someday we may even say, “That reminds me of Wayward Pines.” 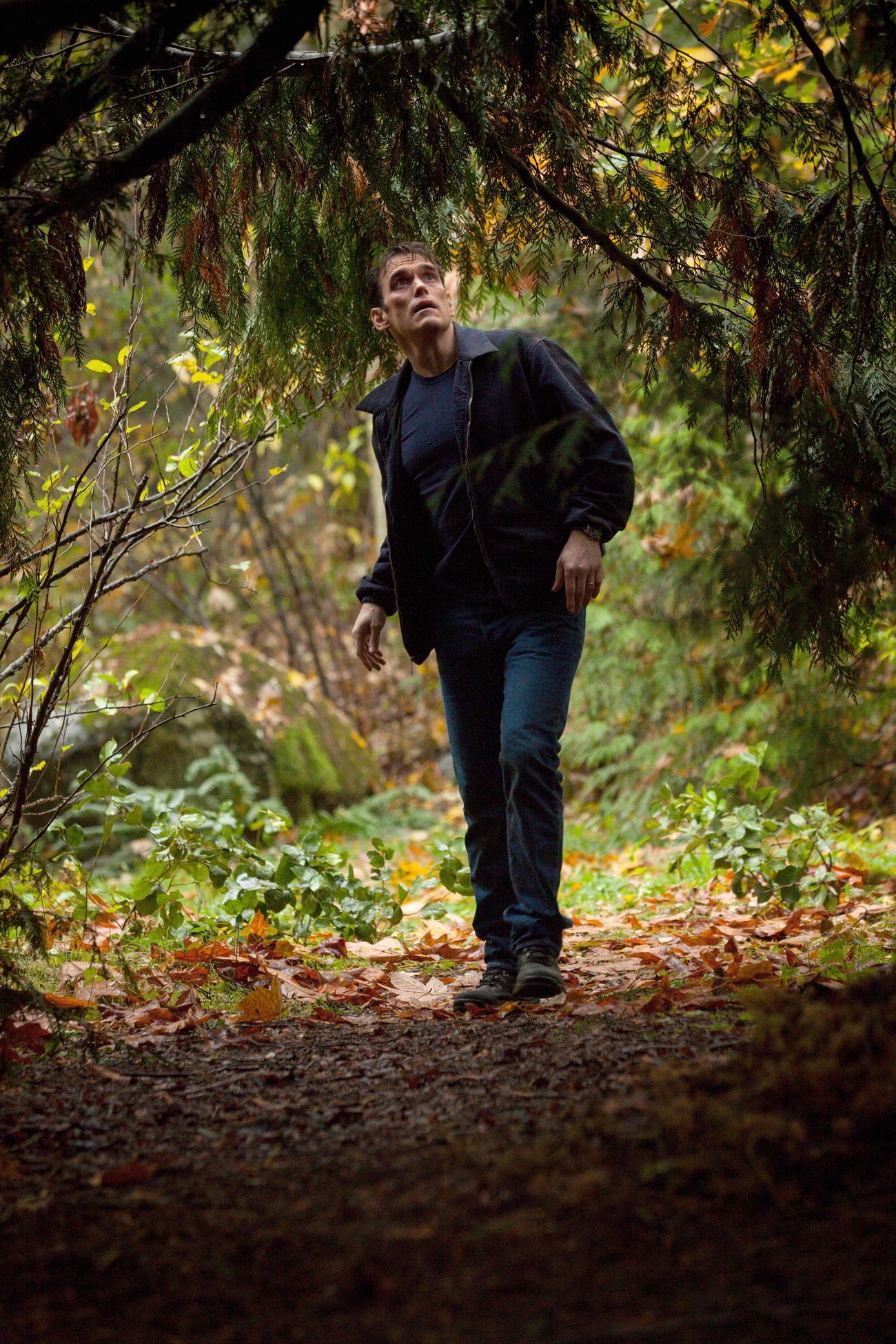 Ethan Burke (Matt Dillon) is looking for two missing partners when he gets into a horrible car accident. He wakes in the woods, just outside the pleasant-looking town of Wayward Pines, Idaho. Soon, he’s in a hospital run by a clearly sadistic nurse (Melissa Leo) and bizarrely bereft of fellow patients. He escapes the hospital, where he befriends a local bartender (Juliette Lewis) and crosses paths with a nefarious sheriff (Terrence Howard), who basically tells him there’s no way to leave Wayward Pines. He even finds one of his missing partners, Kate (Carla Gugino), with whom he once had an affair. Kate tells him she’s been there 12 years (even though he saw her five weeks ago), just before she warns him that they are always watching and always listening. Meanwhile, Ethan’s wife (Shannyn Sosamon) and son (Charlie Tahan) try to track down their missing family member. Toby Jones shines as a doctor who clearly knows more than anyone else in town while even small parts are filled out with excellent TV character actors like “Homicide”’s Reed Diamond.

At first, “Wayward Pines” doesn’t quite have the visual personality to match its narrative oddity. It wants to be “Twin Peaks” or “Silent Hill” but isn’t creepy enough to manage either tonally. The stakes don’t feel high enough. And poor Dillon is stuck without a character, as he’s mostly in service of a runaway narrative, always commenting on what he needs to do next or asking what’s happening now. There should be a disorienting quality to the first few episodes that’s just not quite there. The incredible thematic depth—identity, history, the future all turned in on each other—isn’t quite explored, and I could easily see viewers getting frustrated by the storytelling of the first three episodes.

Be patient. The repetition fades away as writer Chad Hodge (who adapted his books) starts working more with answers than questions, and even the already-strong cast improves as “Weeds” veteran Justin Kirk gets some great time in the spotlight in episode four and Hope Davis steals both four and five. Giving a student orientation and casually throwing in the line, “Assuming you all make it through today…” is the kind of picket fence malevolence that Davis does as well as anybody. The show actually pays off on its premise by episode five, answering so many questions that I expected to be drawn out until the finale. It makes me wonder where they’re going in the second half of the series. And excited to find out.