“Feud: Bette & Joan” is very watchable. Its star power is so bright—both in characters and the people who play them—that it’s almost impossible not to be at least engaged by it as pure spectacle. But creator Ryan Murphy has been able to transcend spectacle before, finding the depth in stories like “The People v. OJ Simpson: American Crime Story.” Just as that mini-series focused entirely on one chapter of its character’s life—spending most of its time as a courtroom drama more than anything else—“Bette and Joan” is no biopic mini-series of the two stars, expending almost all of its energy on the production of and reception to “What Ever Happened to Baby Jane?”

But Murphy thinks he’s doing more than just telling Hollywood history. He thinks “Bette and Joan” is about the way Hollywood treated (and still treats) their aging female royalty. I say “thinks” because I’m not fully convinced that it is. Murphy’s repetitive belief that older women couldn’t possibly be secure in their fame or looks (vanity has been the most recurring theme in all of his work) gets grating here, especially when viewed in bulk. Watching multiple episodes of “Feud” makes it clear that it's a solid two-hour movie stretched to an eight-episode series, not due to depth but redundancy. There are elements here that work, but also moments that feel downright mean-spirited. It often seems like Murphy can barely fathom the concept of actresses being happy after the age of 40. And that this is the takeaway from a show about two of the best actresses of all time, starring two of the best actresses of all time, can be frustrating. 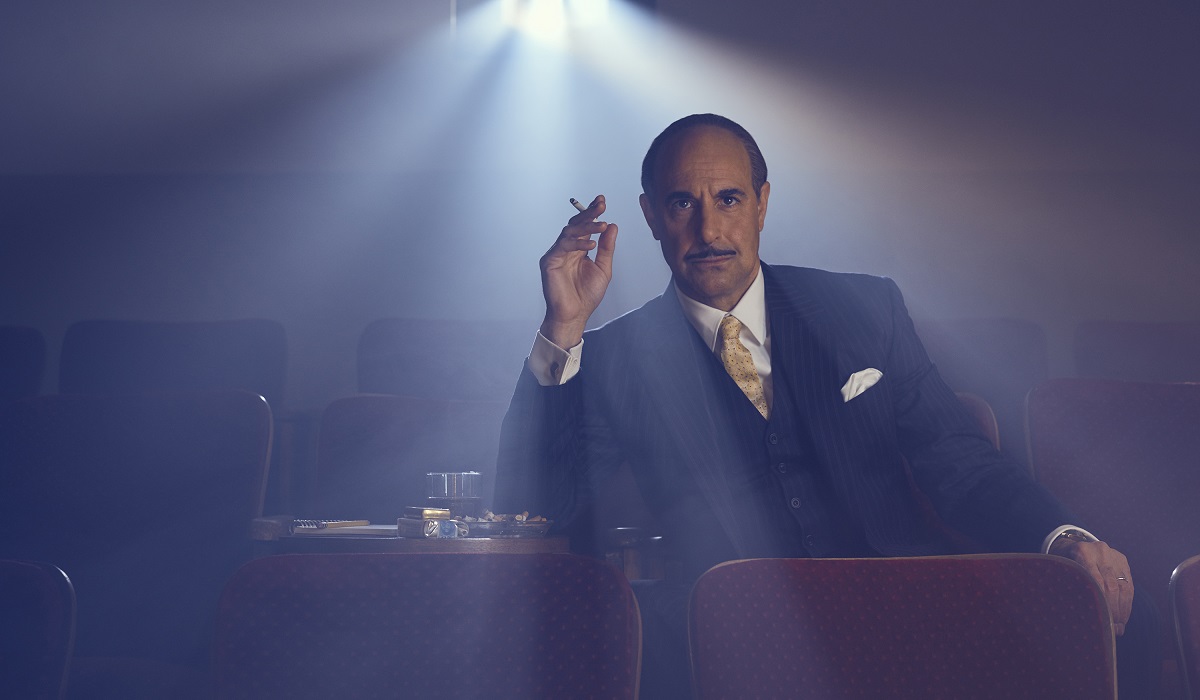 By now, the stories of how much professional rivals Joan Crawford (Jessica Lange) and Bette Davis (Susan Sarandon) hated each other are well-documented to the point of legend. At a point in their careers when the roles had become fewer and farther between, the two actresses agreed to star in a film from that most-loathed of genres, horror, using their rivalry to elevate the fictional stakes of the saga of an aging actress who basically holds her paraplegic sister captive. Robert Aldrich (Alfred Molina) was coming off a few disappointing swords-and-sandals movies and looking for a career break himself when Jack Warner (Stanley Tucci) reluctantly agreed to pay for the movie. The shoot was a well-reported nightmare with the two women even taking turns injuring each other ("accidentally") and, according to some and the mini-series, spreading rumors about one another through the press, primarily through Hedda Hopper (Judy Davis). The battle didn’t end after shooting as the Oscars that year were a notoriously salacious affair, and that saga makes for the best episode of the first five sent for press.

There’s a meta aspect to “Bette and Joan” that can’t be ignored as two legends are playing two legends, and Lange and Sarandon arguably aren’t getting the parts they once did. He also casts other Oscar winners as Hollywood royalty in a structure that mimics actresses being interviewed about Joan & Bette years later for a documentary—Catherine Zeta-Jones plays Olivia de Havilland and Kathy Bates appears as Joan Blondell. Sadly, none of this works as well as it should. It often feels like stunt casting—look at the big faces!—more than any sort of deeper statement about famous, underutilized actresses playing famous, underutilized actresses. As in all Murphy productions, the cast is filled out well beyond the superstars, including Jackie Hoffman as Crawford’s loyal Mamasita, Alison Wright as Pauline Jameson, Sarah Paulson as Geraldine Page, and Kiernan Shipka as Davis’ daughter B.D. 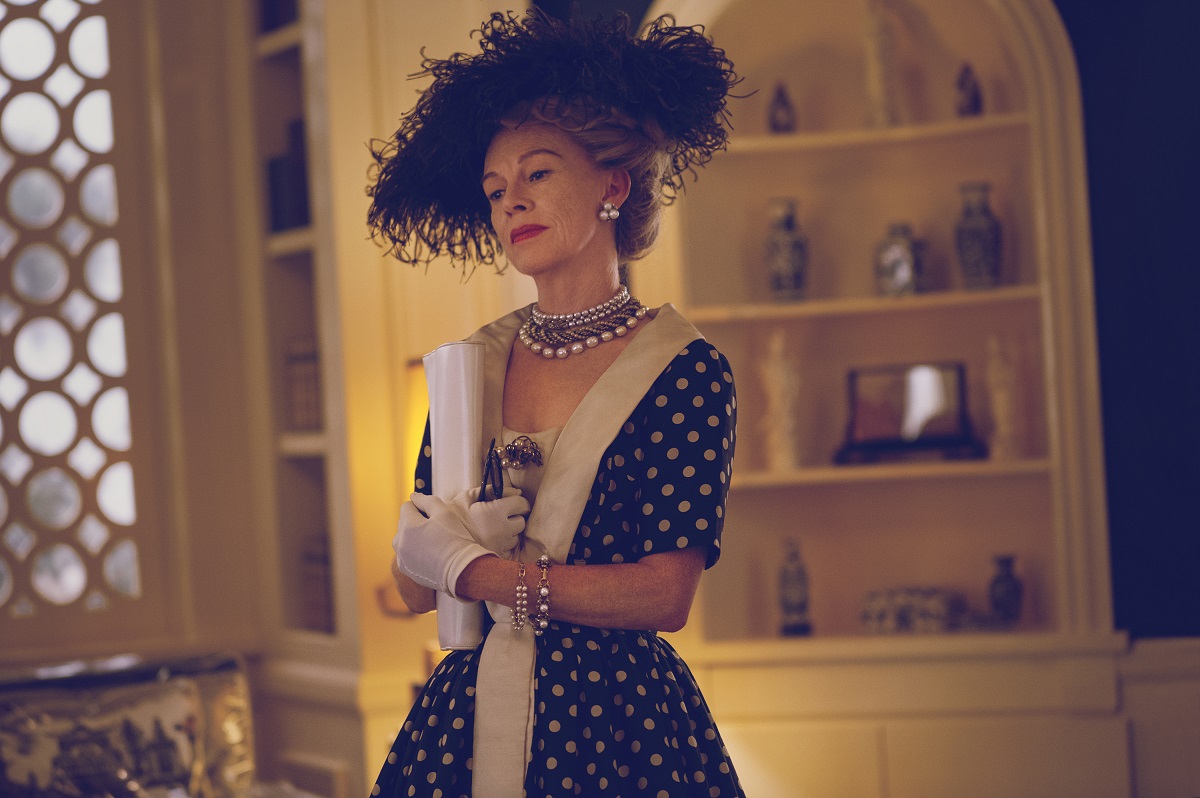 “Bette & Joan” often fluctuates wildly from hitting historical beats that it needs to for film buffs and diving into the more salacious melodrama, which Murphy too often uses as a crutch. Was Joan Crawford this obsessed with her image and comparisons to Bette Davis? Possibly, but does that warrant the same speeches and dialogue scenes about it every single week for eight straight weeks? We get that Murphy feels almost overwhelmed by Crawford’s insecurity, but parading it so often starts to feel mean, no matter its historical veracity. And it traps Lange’s performance in this spin cycle of the same beats over and over again. Sarandon fares a little better, but Davis too feels like something of a mystery to Murphy and company. Maybe these two women were just too big, too memorable to capture in a TV series. It’s interesting that the supporting roles feel more truthful, including Molina’s uncertain take on the underrated Aldrich, Tucci’s transformation of Warner into an often-vile jerk, and, most of all, a reminder that Judy Davis should be in everything. Her take on Hopper is the best thing about the show.

There’s also a striking sense while watching “Bette & Joan,” especially multiple episodes in a week, that Murphy decided it would be eight episodes long before realizing his take didn’t justify the length. It’s bloated, which is particularly frustrating given the tight pacing of "People v. OJ Simpson." Now, there’s more than enough story in these lives for eight episodes, but not the way Murphy laser-focuses on the production and its aftermath, giving us almost no biographical material from before “What Ever Happened to Baby Jane?”. There could have been a really great 120-minute movie in this story of Hollywood royalty turned vicious, but it doesn’t support the mini-series format in this telling.

Having said all of that, it’s hard to turn away from “Bette & Joan.” Long after we’re gone, people are going to be talking about not only Bette Davis & Joan Crawford, but Jessica Lange & Susan Sarandon, and so there’s an “event” quality to this show that makes it incredibly watchable. However, if anyone knew the difference between watchable and truly memorable, it was Bette & Joan.