There’s something to be said for giving an audience exactly what it wants for Christmas. When you fire up something called “A Very Murray Christmas,” and you know it’s directed by Sofia Coppola, you have a certain set of expectations: Bill Murray should be droll, sarcastic and sing a few holiday tunes. Jason Schwarztman should be involved, as should a few other celebrity guest stars. The music choices should range from traditional (“The Little Drummer Boy”) to wonderfully unexpected (“Fairytale of New York,” one of my personal favorites songs of all time). And there should be a hip band at some point—in this case, Phoenix. “A Very Murray Christmas” is so much of what Bill Murray and Sofia Coppola fans would expect it to be that it’s almost perfect. 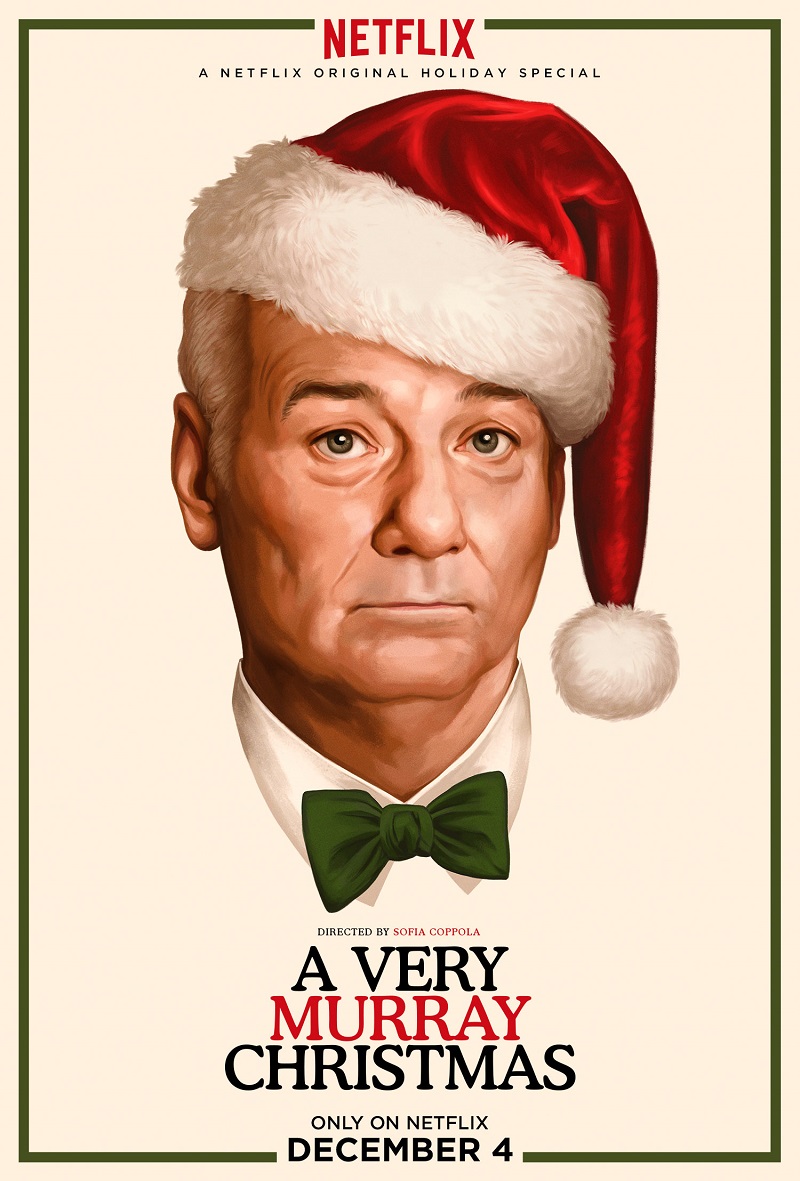 The set-up is wonderfully simple. Bill Murray has to do a Christmas special on the night of a major blizzard, and so none of his celebrity friends are willing to show up for the show. It’s going to be a disaster, as a forlorn Murray in reindeer ears singing “Christmas Blues” with Paul Shaffer on piano sets the tone. Michael Cera and Amy Poehler play behind-the-scenes players trying to keep Murray from backing out of his contracted special. Cera is particularly hilarious, scoffing at the idea that Murray’s friend George Clooney is the only star who might stop by: “You saw “Monuments Men”?” “I was in it.”

Murray ends up bumping into Chris Rock, and basically kidnaps him to sing a hysterical “Little Drummer Boy” before the power mercifully goes out and Murray and Shaffer retire to a nearby bar for the bulk of the special. Buster Poindexter tends bar (“Scrooged” reunion!) and Rashida Jones and Schwartzman play a struggling couple upset that no one could get through the snow to their wedding. And there’s a lot of music, including Phoenix, and others.

“A Very Murray Christmas” is really like those old variety specials that we don’t see any more filtered through both Murray and Coppola’s sensibilities. It is deadly droll—one of those entertainment items for which if you’re not on its comedy wavelength in the first five minutes, you’re not going to change your mind. However, if you are already smiling at Murray in his sad reindeer ears, as I was, you’re likely to be grinning ear to ear by the time his “Monuments Men” co-star shows up with a pop princess. Santa got my letters.