"10 Things I Hate About You"
"Being Charlie"
"Burn After Reading"
"Cosmos"
"Grosse Pointe Blank"
"He Got Game"
"O Brother, Where Art Thou?
"Paddington"
"Sing Street"
"What About Bob?" 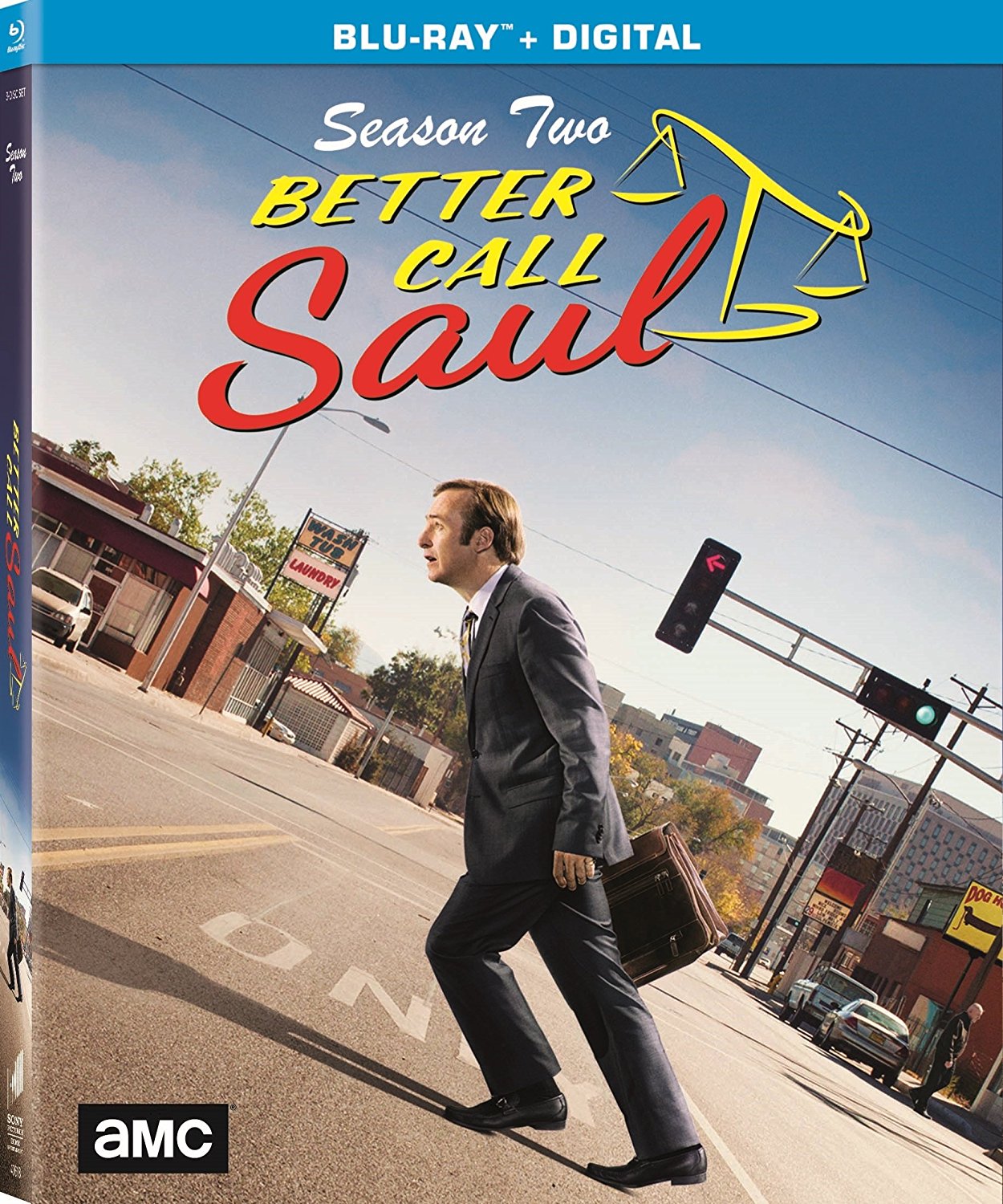 Much was written earlier this year about why "Better Call Saul" wasn't catching fire in quite the same way as "Breaking Bad." There are a number of reasons, including a more crowded landscape and a less easily relatable protagonist, but I think the truth is that this show is far more complex thematically. There's something easily identifiable about an average man turning to the dark side—it's a common theme of all fiction—and I don't mean that as a slight on the brilliant "BB" in any way, but this show is about a man trying to stay good. Jimmy McGill is one of the most complicated characters on TV, and what I loved about the second season was how brilliantly the writers expanded on the themes of the first season in ways that felt challenging, character-driven and open to interpretation. Even in this era of Peak TV, a lot of television writing spoon feeds themes and plot twists to their audience and pretends it's a full meal. I'll write a lot more about "BCS" in the upcoming Best TV of the Year piece. For now, catch up with the show with a Blu-ray set that's loaded with special features. 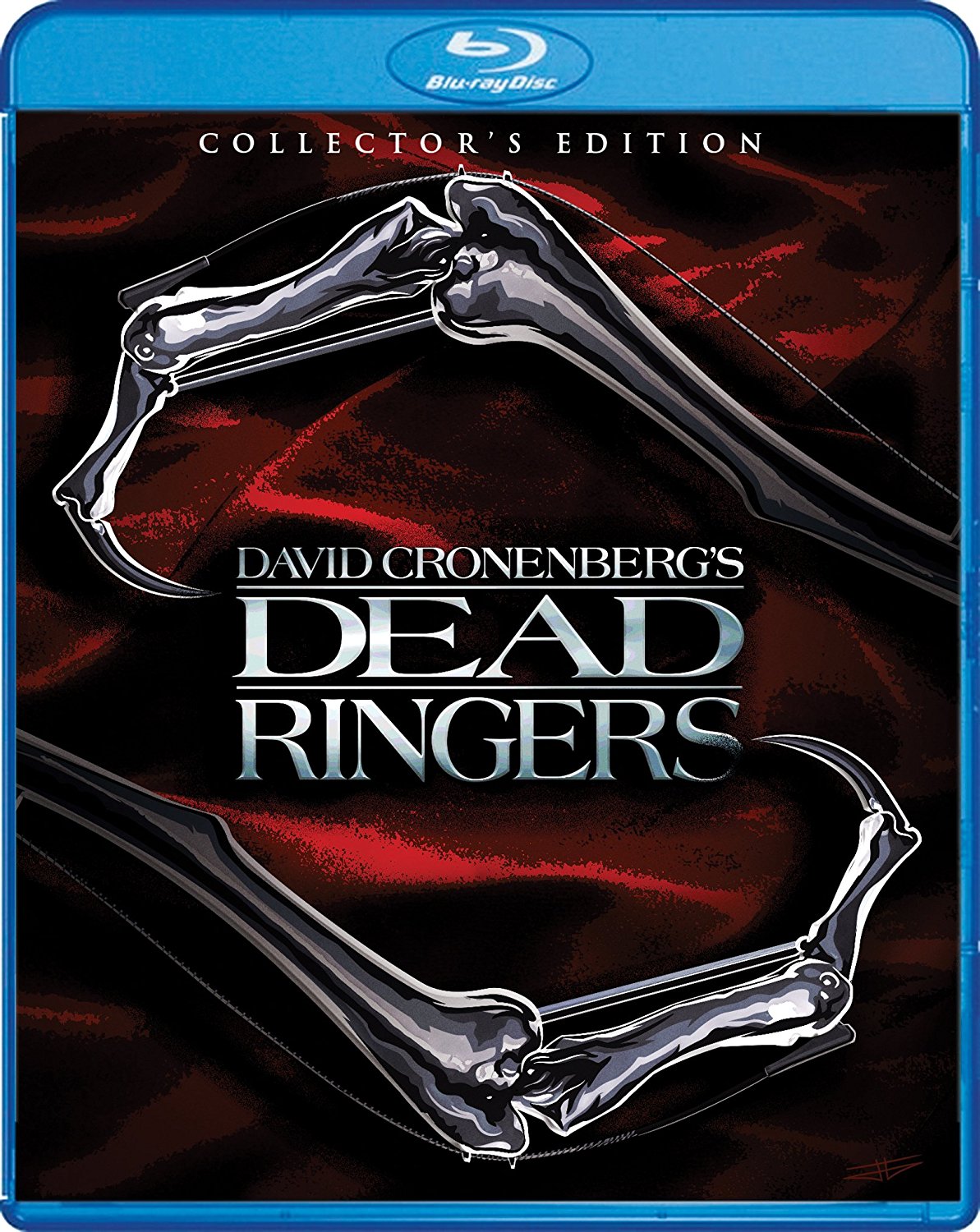 Few filmmakers have been as formative for me as David Cronenberg. Like most critics of my age, "The Fly" was the first one to really latch on as it was his breakthrough hit to a larger audience, but "Dead Ringers" was the true eye-opener for me, introducing me to his larger catalog and masterpieces like "Videodrome" and "Shivers." It's interesting to consider how much Cronenberg, now a more genre-jumping director, was a horror guy in the '70s and '80s with films like "The Dead Zone" and "Scanners." In many ways, "Dead Ringers" is the transitional film to an era in which people started to take Cronenberg more seriously. It's held up remarkably well, and I still think Jeremy Irons should have won the Oscar for this one. Shout Factory follows up this week's release of "Dead Ringers" with Cronenberg's "Rabid" next week. It's a perfect double feature for the horror nut on your holiday shopping list. 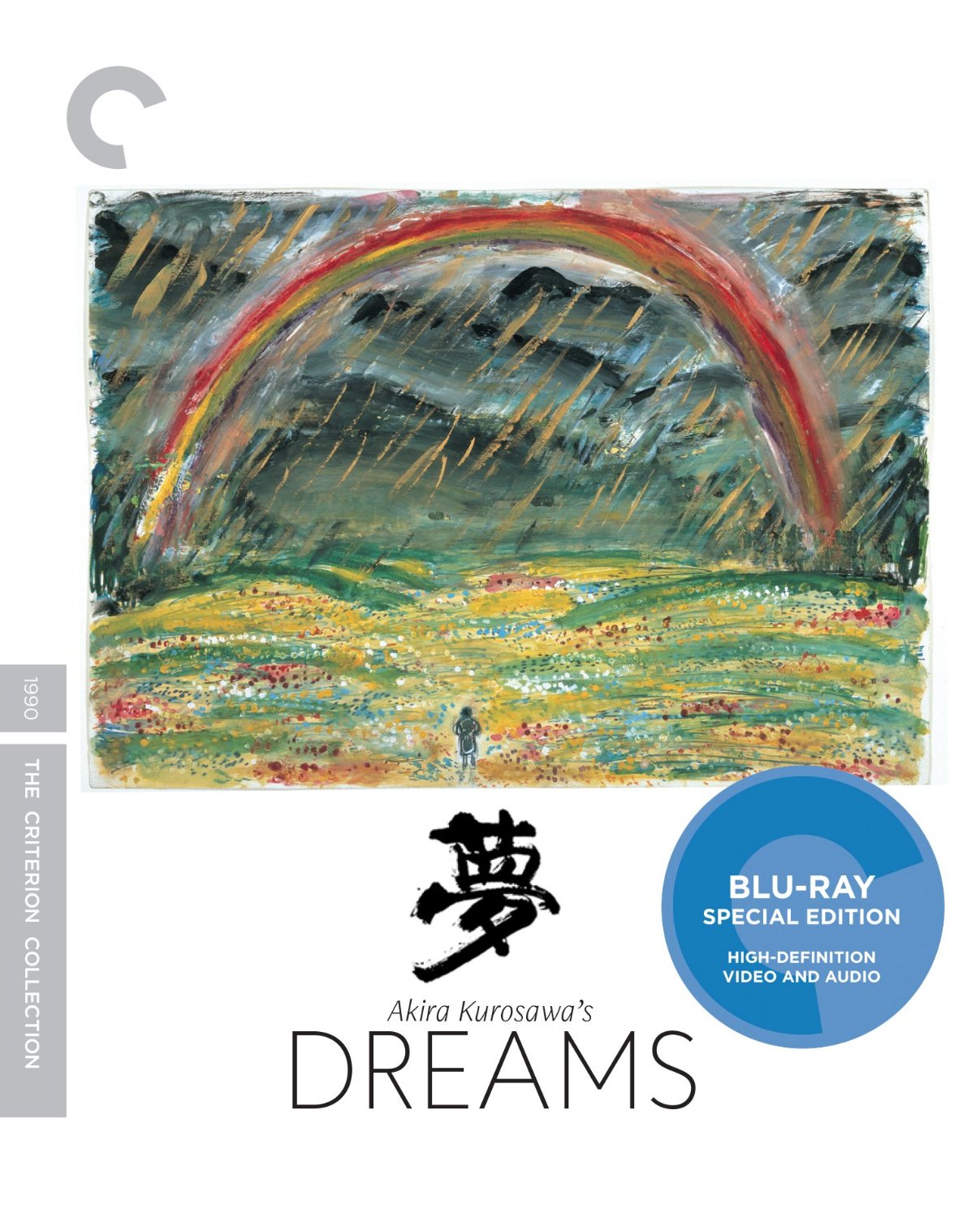 Most people presumed that "Ran" would be Akira Kurosawa's final film, and what a incredible high note on which that would have been to end a career. So it was somewhat unexpected when he delivered "Dreams," which did end up being his swan song, and has recently been lovingly remastered by Criterion for Blu-ray. Honestly, I've always been a fan of "Dreams." If "Ran" is the climax, "Dreams" is the denouement, a deeply-personal epilogue to one of the most important careers in film history. It was one of Kurosawa's most personal films and it's held up well in the quarter-century since its release. The Criterion set also includes a fantastic essay by Bilge Ebiri, one of the best in our business, and a fantastic documentary about Kurosawa's influence. 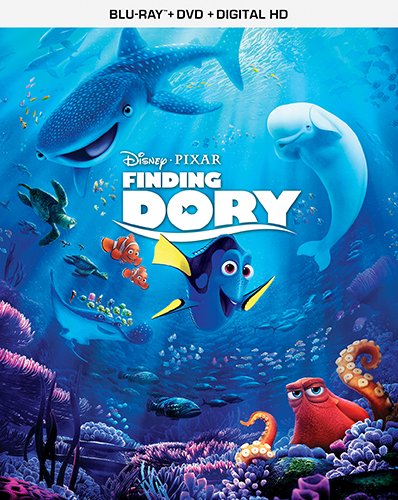 We're kind of starting to take Pixar for granted, aren't we? The movies still make a fortune, so I'm not asking for sympathy, but the critical response to this strong family film was more muted than it should have been. I'm surprised how many more people still sing the praises of "Zootopia," and this is dismissed with a "sequel shrug." Part of the problem is that the first act too openly echoes the superior first film. But once this film settles into its own story, it's really entertaining and eventually moving. And what we're REALLY starting to take for granted is the visual acumen of Pixar. Look at the way light refracts through water in this film or even just the character design of the personalities that Dory meets along her journey. As someone who sees almost every family film multiple times (I have three kids), the degree of artistry in "Finding Dory" is rare. Trust me.

Special Features
All New Mini Short: Marine Life Interviews MLI Residents Remember our Favorite Blue Tang.
Piper Short Film: A Sandpiper Hatching Digs for Food in the Sand and Encounters Scary Waves
Animation and Acting - A Look at the Art of Creating a Deep and Profound Connection Between and Audience and a Fish.
The Octopus That Nearly Broke Pixar: Unravel the Challenge and Rewards of Bringing to Life Pixar's Crankiest, Most Technically Challenging Character Ever.
Deep in The Kelp - See How Far the Crew Went to Make Dory's World Believeable
Deleted Scenes 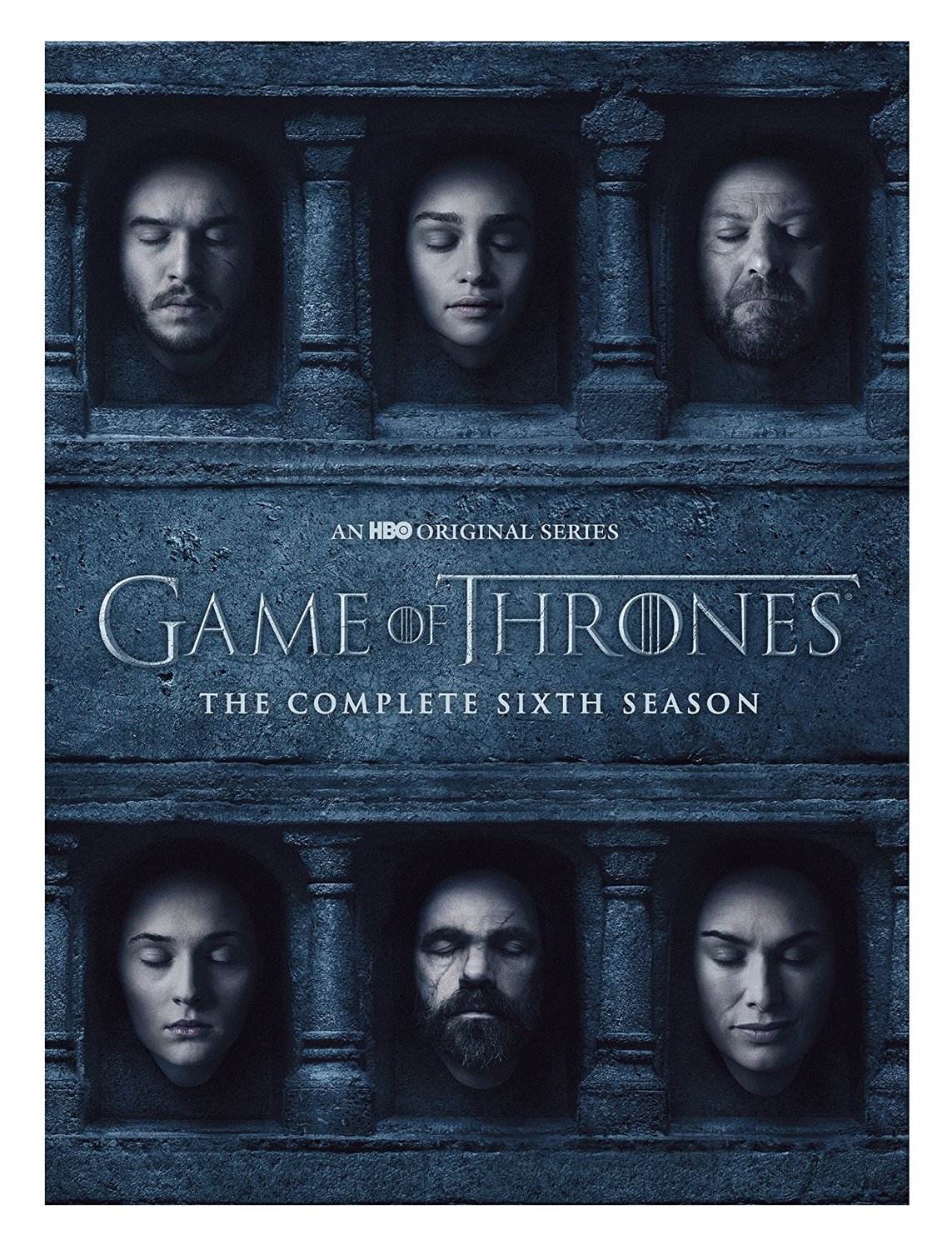 The Emmy winner for Best Drama two years running won't be back until 2017 but you can catch up with the HBO hit now with another strong, loaded box set of the most recent season. Personally, I jumped off the "GoT" train a few years ago, but I eventually catch up with everything, even programs I consider overrated. And I will say this about HBO Blu-ray, they treat fans well. The transfers are fantastic and the special features are plentiful.

Special Features
Bran’s Journey
The Dothraki World
Inside Game of Thrones: Prosthetics
The Game Revealed
The Battle of the Bastards: An In-Depth Look
Recreating the Dothraki World
18 Hours at the Paint Hall
In-Episode Guide
Histories and Lore 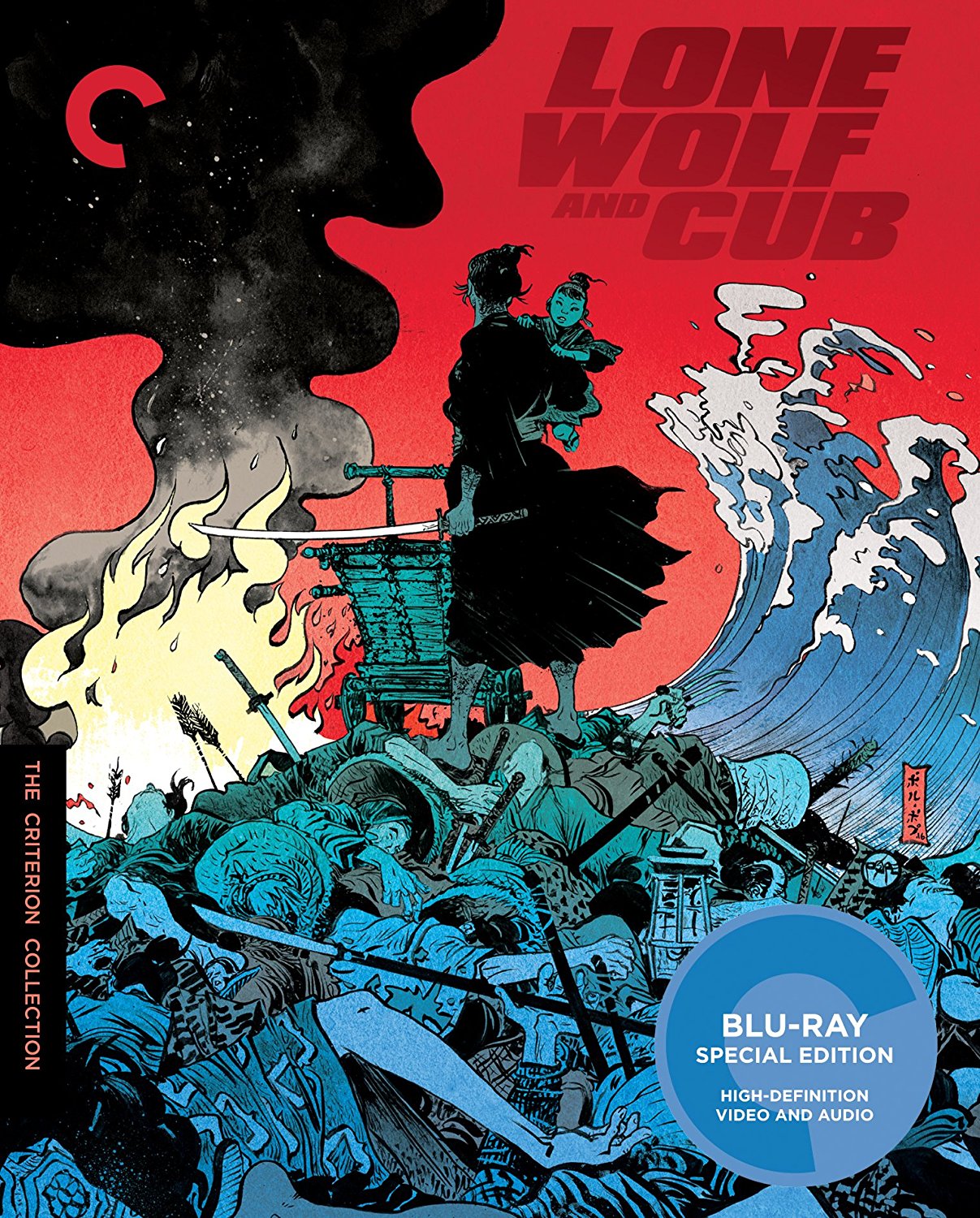 One of the best Criterion months of the year continues with this box set of the six films adapted from the legendary manga, starring Tomisaburo Wakayama and Tomikawa Akihiro. From 1972 to 1974, they made six movies, starting with the best in the series, "Sword of Vengeance," and ending with the almost-as-good "White Heaven in Hell." If you're unfamiliar with the series, think the O-Ren Ishii chapter of "Kill Bill" with its freeze-frame action shots and spurts of red blood against white snow. These movies are delightfully twisted and entertaining, and the box set is comprehensive, even including the English-language dub version of "Baby Cart at the River Styx" (with part of "Sword of Vengeance") called "Shogun Assassin."

Special Features
New 2K digital restorations of all six films, with uncompressed monaural soundtracks on the Blu-rays
High-definition presentation of Shogun Assassin, a 1980 English-dubbed reedit of the first two Lone Wolf and Cub films
New interview with Kazuo Koike, writer of the Lone Wolf and Cub manga series and screenwriter on five of the films
Lame d’un père, l’âme d’un sabre, a 2005 documentary about the making of the series
New interview in which Sensei Yoshimitsu Katsuse discusses and demonstrates the real Suio-ryu sword techniques that inspired the ones depicted in the manga and films
New interview with biographer Kazuma Nozawa about Kenji Misumi, director of four of the six films
Silent documentary from 1939 about the making of samurai swords, with an optional new ambient score by Ryan Francis
Trailers
New English subtitle translations
PLUS: A booklet featuring an essay and film synopses by Japanese pop-culture writer Patrick Macias 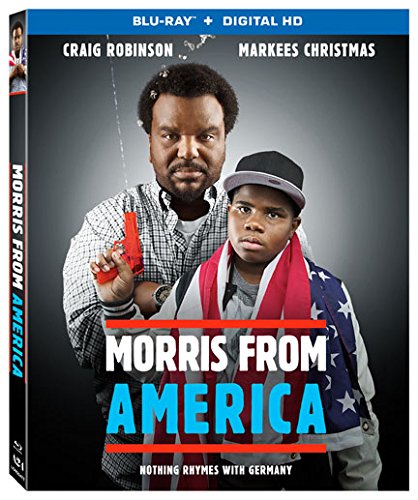 It's the biggest underdog of candidates but I'd love for Craig Robinson to get some year-end attention for Best Supporting Actor for his amazing work here in Chad Hartigan's lovely fish-out-of-water tale. The perfectly-named Markees Christmas plays Morris, a pre-teen African-American forced to grow up in Germany when his father (Robinson) takes a job there. There's something delightfully unexpected about how Hartigan's tale unfolds, and it's perfectly grounded by a monologue from Robinson at the film's end. This was the Opening Night film for the Chicago Critics Film Festival, which I co-produce, and I couldn't have been prouder of the selection. 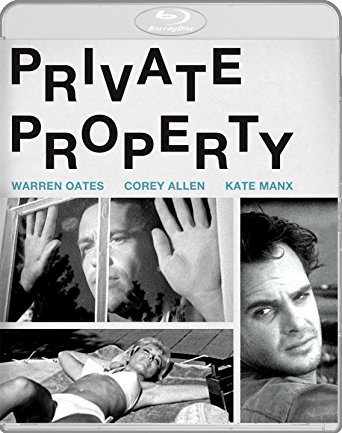 This 1960 thriller was generally lost for decades before a re-release earlier this year and rediscovery. It's a tight, disturbing thriller about two men who basically spot a lovely woman at a gas station, follow her home, take up residence in the empty house next door, and plan her rape. One of the men is charismatic enough and confident enough to interact with their target, and he essentially seduces her to bring her back to his less-experienced buddy. You can feel the California heat and haze as the tension rises and class issues come into play. She knows not to trust this guy. She knows something is wrong. But she can't bring herself to see the danger right next door. This is a fantastic, tight thriller that could be remade almost identically today, almost 60 years later. Seek it out. 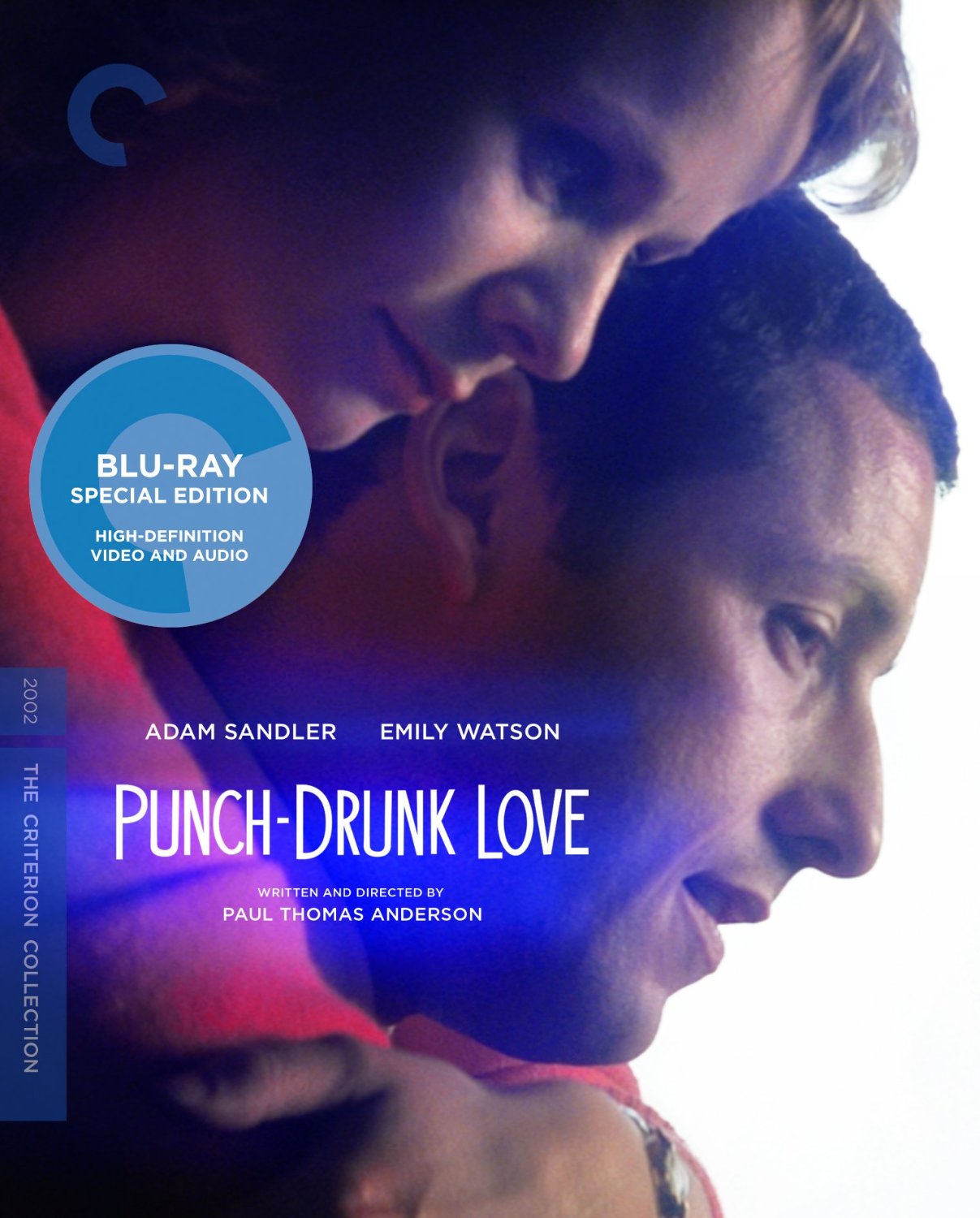 Paul Thomas Anderson's beautiful film opens with an interruption of routine. Barry (Adam Sandler, in a career-best performance) is standing by the side of the road when a car flips over in a striking accident. A cab pulls up and leaves a piano on the curb. What is going on? On a surface level, Anderson's film is about how easily routine can be interrupted, but my latest viewing brought a different interpretation in that it feels like a commentary on how ALL life is interruption. We are constantly being challenged, surprised, and interrupted, and it's how we deal with that, and how unexpected love can help us ground against the rattling impact of it, that matters in this world. Every element of "Punch-Drunk Love," from the sound design to the score, keeps us on edge, awaiting the next car flip. It's a beautiful, masterful film, one of the best of the '00s, and to say it's aged well would be an understatement. If you buy anything in this week's column, this one is the one to buy. 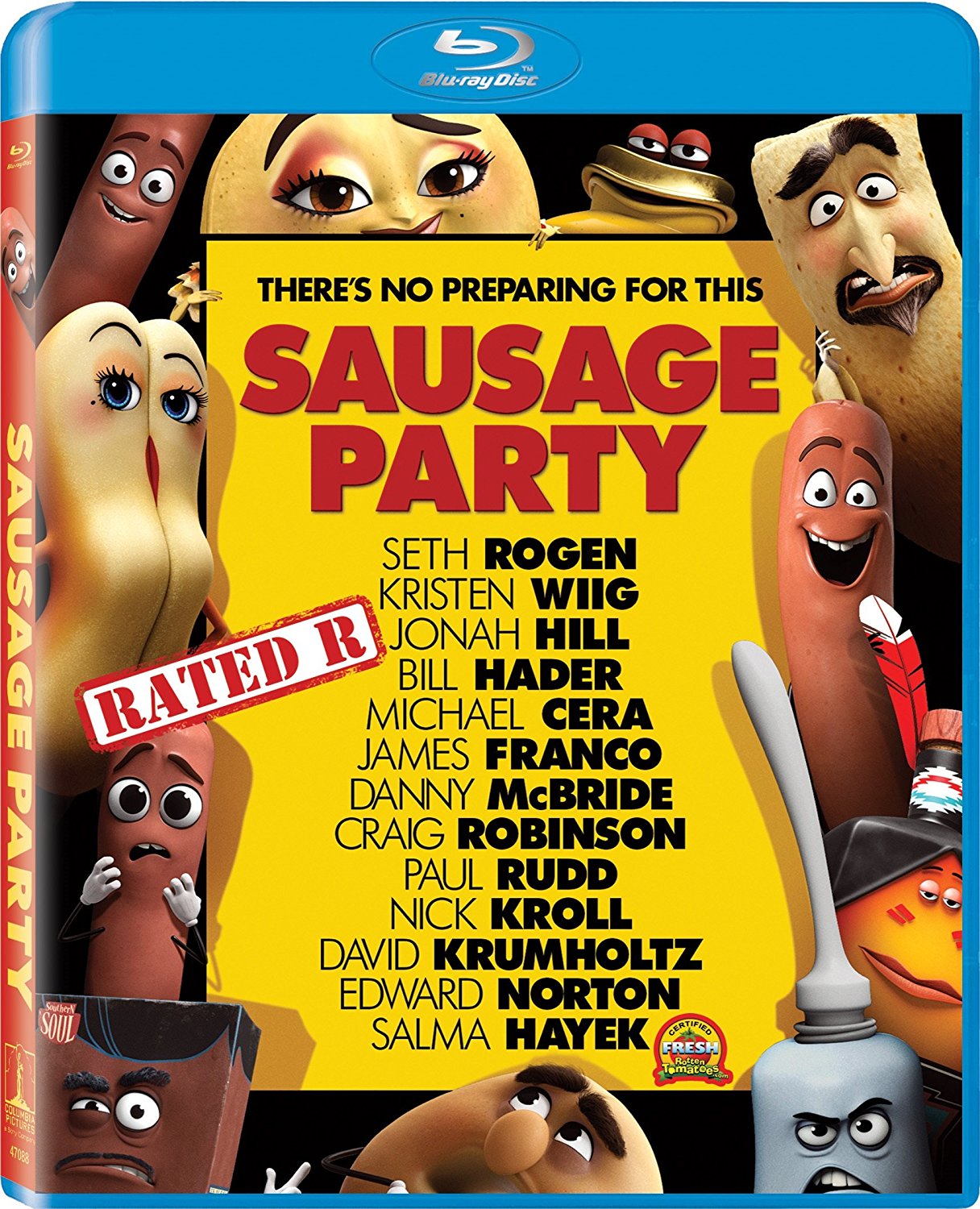