"The Mystery of Edwin Drood" (120 minutes) premieres on PBS "Masterpiece Classic" at 9 p.m. Sunday, April 15th (check local listings). The film can also be watched online for a limited time beginning April 16th. It is also available on DVD.

When Charles Dickens died on June 9th, 1870, his final novel, The Mystery of Edwin Drood, was barely half-finished. Almost immediately, completing the novel became a kind of literary sport, as numerous authors took it upon themselves to finish Drood in a manner fitting with Dickens's own style and substance. Speculative attempts to complete the story continue to this day, and now we have a new PBS "Masterpiece Classic" version to discuss, debate and appreciate. Directed by Diarmuid Lawrence and adapted by British playwright and veteran TV writer Gwyneth Hughes (who previously penned the "Masterpiece Classic" drama Miss Austen Regrets), this two-hour version of "The Mystery of Edwin Drood" dares to stretch credibility almost but not quite to the breaking point. 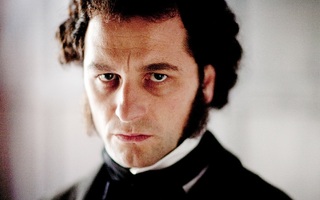 It's a delicate game being played here, so I'll avoid spoilers altogether. Suffice it to say that Hughes' solution to the mystery of Edwin Drood is in keeping with Dickens' intentions. We know from Dickens' own correspondence that it was Edwin's uncle, John Jasper, who would ultimately be held accountable for the alleged murder of his nephew. Not content to limit themselves to just this one historically well-established plot twist, Hughes and Lawrence have added a familial dimension to the story that qualifies, in this context, as a surprising (though not altogether shocking) revelation. Whether Dickens would've approved is yet another topic worthy of debate. 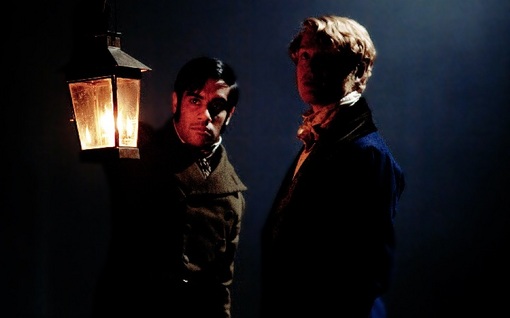 What's obvious from the start, in both novel and this new screen adaptation, is that "Edwin Drood" is anything but "typical" Dickens. For what would tragically be his final, unfinished novel, Dickens was probing into deeper, darker corners of humanity than he'd ever explored before in such well-known classics as A Christmas Carol, Great Expectations and Oliver Twist. With a few noteworthy exceptions, this "Edwin Drood" is almost devoid of levity, focusing instead on the darker, more dangerous aspects of passion and romantic obsession. 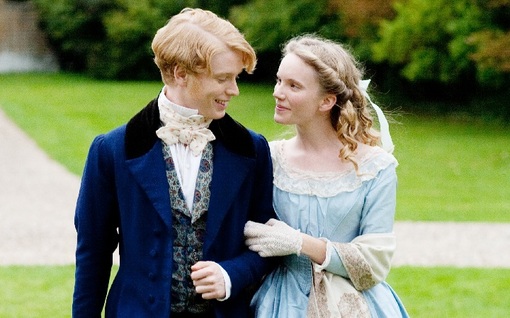 The first hour of this two-hour adaptation is straight from Dickens, wasting no time in establishing the emotional dynamics that drive the central characters to passionate extremes. In both novel and film, we are first introduced to "Jack" Jasper (Matthew Rhys) in the London opium den that provides blissful escape from his routine, uninspiring life as choirmaster in the cathedral village of Cloisterham. His already fragile psyche is further tormented by his unrequited love for Rosa Bud (Tamzin Merchant), an orphan raised in the Nun's House that serves as Cloisterham's boarding school. Now a young, alabaster-skinned beauty, Rosa is engaged to Edwin Drood (Freddie Fox), another orphan raised in Cloisterham, who plans to marry Rosa and follow his late father's path to an engineering career in Egypt. 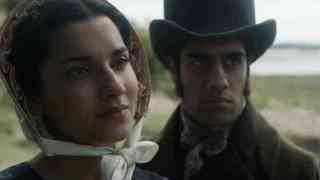 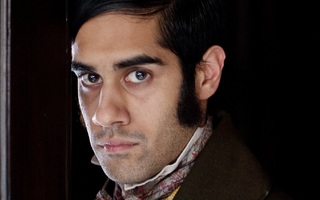 Into this mix come twin siblings Neville and Helena Landless (Sacha Dhawan and Amber Rose Revah, respectively), newly arrived from Ceylon after the death of their adoptive father. Neville is also smitten with Rosa, and instantly despises Edwin for taking his engagement to Rosa too lightly. Convinced that Edwin is unworthy of her, Neville lashes out, displaying a volatile temper that allows Jasper to convincingly implicate Neville when Edwin mysteriously disappears on the kind of dark, stormy night that spells trouble for everyone. Now fast friends, Rosa and Helena can only watch in fear as the men around them engage in a dangerous clash of passions. And because Jasper is prone to laudanum-induced blackouts and hallucinations, "The Mystery of Edwin Drood" is further complicated by plot twists and crimes that may or may not have actually been committed. Thus the film's second-hour guessing game begins. While maintaining adequate fidelity to Dickens, Lawrence and Hughes indulge their own notions of a Dickensian whodunit with tantalizing, if not altogether earth-shaking results, including the revelation of a dark family secret and a character who seemingly rises from the grave. 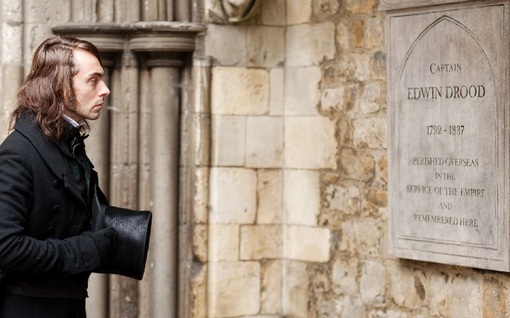 Despite its title, Dickens' tale of mystery and murder focuses primarily on Jasper, and so does the film; Rhys's performance is suitably intense and convincingly unstable -- almost to a fault, because it's a bit too obvious that Jasper is the mystery's most likely culprit. That makes this "Mystery" less of a whodunit and more of a how-and-why-he-dunit, with just enough doubt remaining to keep us adequately engaged in the mystery. 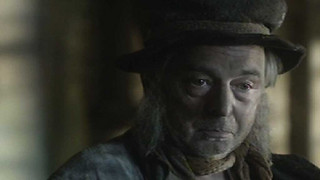 Better yet, this take on "Drood" also includes a trio of characters who are delightfully straight from the Dickens we all know and love: Durdles (Ron Cook) is the frequently-drunken stonemason who knows Cloisterham cemetery (and its adjacent tombs) like the back of his hand. This comes in handy when Jasper explores the tombs in an effort to solve one of Cloisterham's darkest secrets, and Cook's performance plays like a cagey combination of Gollum from The Lord of the Rings (with Durdles always referring to himself in the third person) and Fagin's craftiness in Oliver Twist. 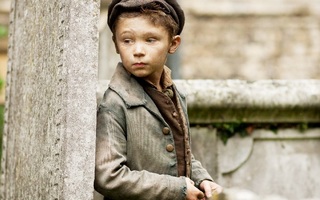 Likewise, the dirty-faced Deputy (played to perfection by child actor Alfie Davis) is a classic Dickensian moppet, a small-town Artful Dodger who carries secrets like a kind of currency, never missing an opportunity to inject comic relief into the mystery. Then there's Mr. Bazzard (David Dawson), clerk to Rosa's guardian. He fancies himself an amateur sleuth, humorously leaping at the chance to dig up evidence that will clear Neville from any suspicions of guilt. Dawson gives the role a mischievous spin, and anyone who's wondering about the identity of the mysterious character known as "Dick Datchery" will enjoy the way Hughes has answered that question. 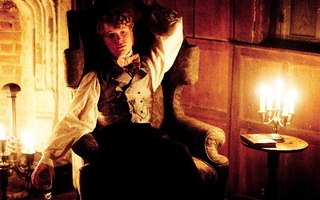 These colorful, secondary characters hint at a more lively "Edwin Drood" that's only evident here in flashes. The budgetary limits of TV are also evident, but not to any distracting degree. If this were a more lavish feature (on the scale, say, of Roman Polanski's splendid 2005 version of "Oliver Twist"), the tombs of Cloisterham cemetery would've provided a magnificently gloomy set-piece, but Lawrence compensates by focusing on the mistaken assumptions, overheard conversations, and revealing glances that keep Dickens' characters embroiled in conflict. 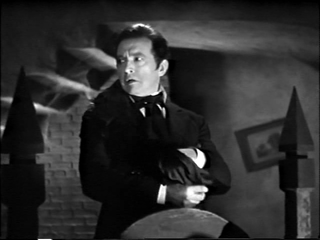 It doesn't always work: "The Mystery of Edwin Drood" includes several supporting characters who barely register in the grand scheme of things, instead of being vital pieces of a puzzle. Still, this latest attempt to complete Dickens's novel is arguably a step above previous efforts (including the 1935 Universal production starring Claude Rains as Jasper). If nothing else, it gives Dickens fans and scholars another opportunity to discuss the many directions that Dickens could've taken his story, if only he'd lived to complete it himself.