I’m always fascinated when an entire network appears to be in creative flux. In the late ‘00s, there was honest reason for concern as to how HBO would follow-up their success of the ‘90s and the first part of the new millennium as “Six Feet Under” ended in ’05, “Deadwood” in ’06, and “The Sopranos” in ’07. What was the next chapter in the legacy of the company? Clearly, they’ve flourished with new shows like “Veep” and “True Detective,” but one could argue that they’re not the creative force they once were. Same goes for FX, which watched “The Shield” depart in ’08, “Nip/Tuck” close shop in ’10, and “Rescue Me” climb its final ladder in ’11. What would FX 2.0 be like? That network has undeniably built on their first breakthrough dramas with critical and commercial hits like “Fargo,” “American Horror Story” and “The Americans.” Right now, it feels like USA is in dire need of a creative/commercial reboot, but the network that interests me the most in 2015 is Comedy Central, which has relatively quietly built a stable of critical darlings while also quickly adjusting to losing one of their most famous faces. As Stephen Colbert exits stage left to go to CBS, Larry Wilmore premieres “The Nightly Show” on January 19, but he doesn’t do so in a vacuum of programming as used to be the case on this often-struggling network. For years, Comedy Central was defined by three things—“South Park,” “Chappelle’s Show,” and “The Daily Show”/"The Colbert Report" hour. That’s changing, and it’s changing fast.

Before Willmore steps into some very big shoes, which I expect him to fill in his own, memorable way, having long been one of the most interesting components of “The Daily Show,” Comedy Central will wisely attempt to build buzz by bringing back a trio of hits in the days before the premiere of “The Nightly Show.” More people watching Comedy Central means more eyes on ads for Willmore. And so “The Kroll Show” returns Tuesday, January 13th, followed by “Broad City” and “Workaholics” on January 14th. The trio of boundary-pushing comedies follow remarkably successful seasons of “Inside Amy Schumer,” “Review,” and the network’s best program, “Key & Peele,” which gave us a twisted, hilarious fourth season in 2014. None of these programs quite rise to the standards of those three shows but “Broad City” comes awfully close and there’s a fearless energy to the other two programs that’s admirable, even if they often mistake being raunchy for being funny. 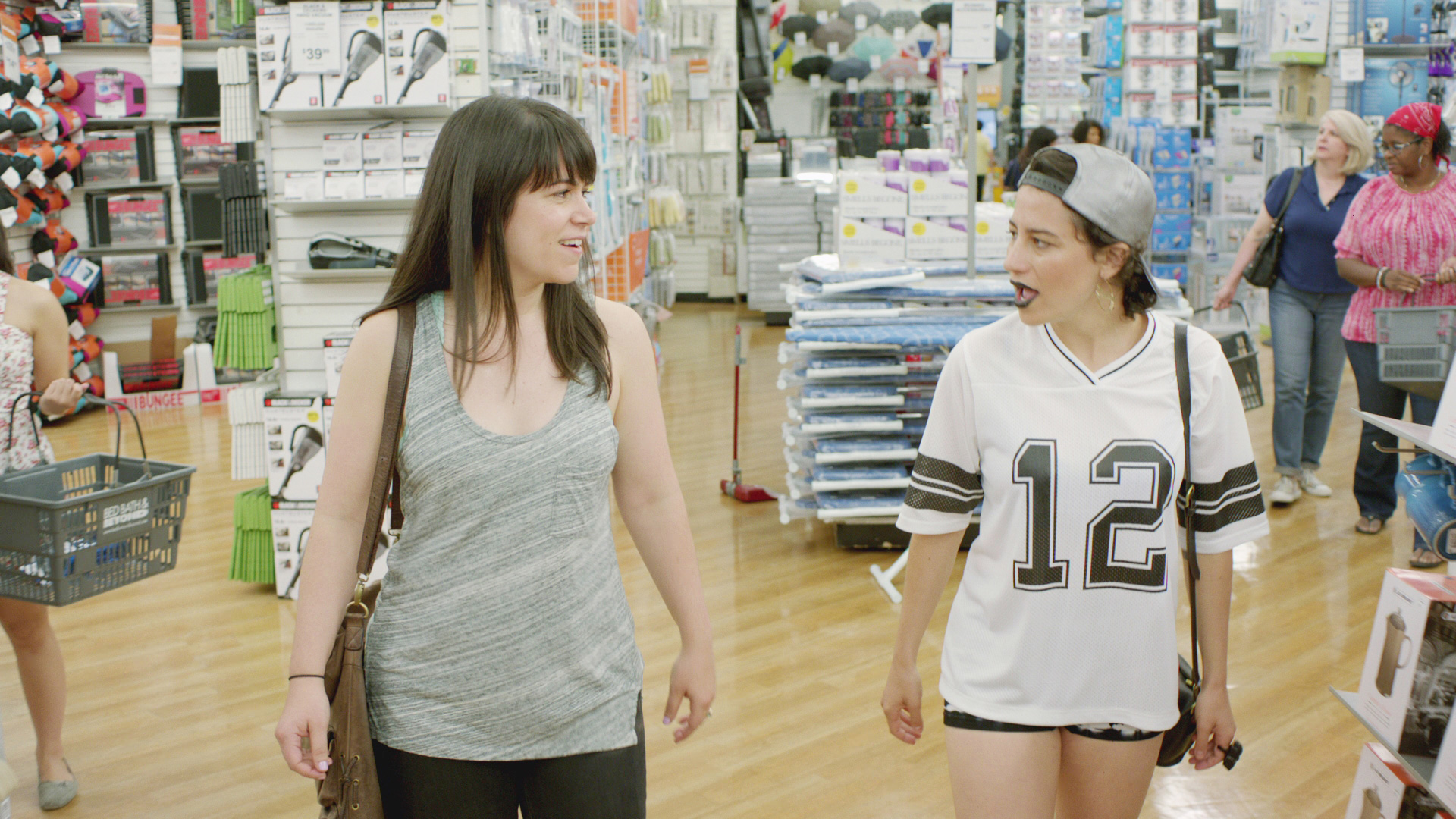 The creator/stars of “Broad City”—Abbi Jacobson and Ilana Glazer—certainly aren’t afraid of the raunch either. The season premiere, “In Heat,” co-stars Seth Rogen and takes place during one of those awful, unbearably hot days in NYC as the thermometer crests 100 degrees and sanity is misplaced. Doing whatever they can to get their hands on an air conditioner, “In Heat” is a good example of Glazer and Jacobson’s willingness to “go there” to get the laugh. The blend of relatable comedy in moments like trying to enjoy a romantic dinner caked in sweat in an un-air-conditioned apartment with larger-than-life satire like the opening bit with Abbi and Ilana on a subway train filled with the most exaggerated insanity of underground travel (like people clipping their nails, dancing, or eating) is what makes “Broad City” consistently interesting. It’s not a traditional “women in the city” sitcom like so many people tried to find fame with in the post-“Sex and the City” days. It’s something different, something stranger, something more relatable and bizarre at the same time. Not all of Jacobson and Glazer’s bits work, but I love that they’re constantly trying new things to see what does. Television so rarely allows for the kind of comedic experimentation we're seeing on "Broad City." 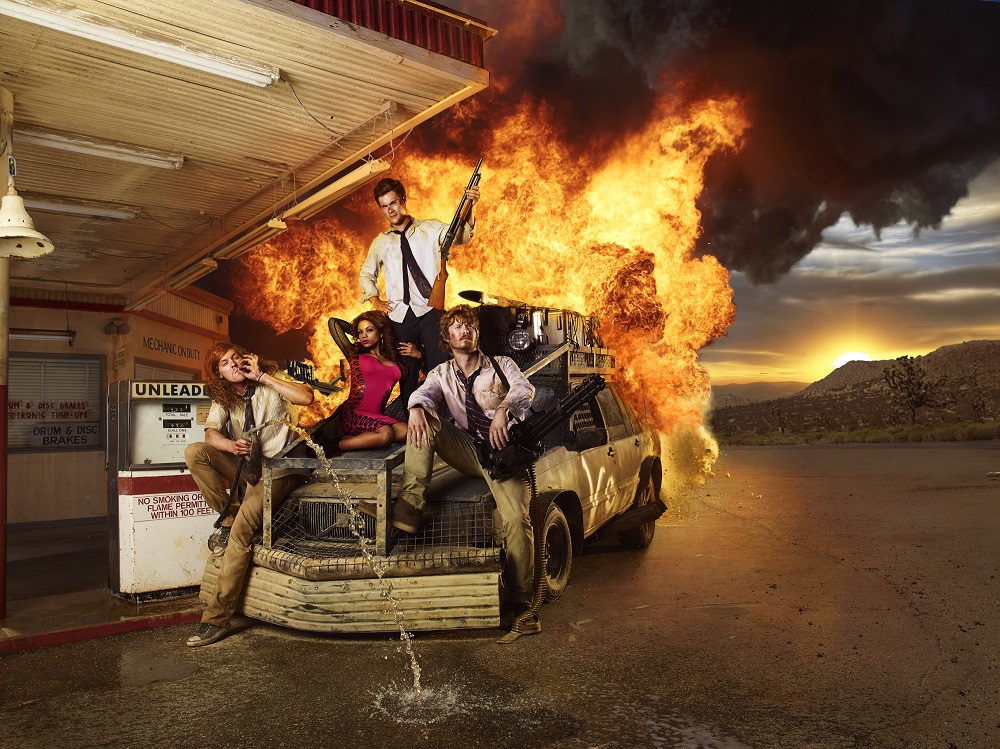 The guys of “Workaholics” could stand to try a new thing or two. For years now, their arrested development brand of comedy—it’s essentially about three frat boys who haven’t grown up despite entering the workforce—has hinged on gross-out humor, extreme behavior, misogyny, and general idiocy. In many ways, it is the dude-bro version of “Broad City.” In both shows, the stars/writers use their own names and use what are certainly their own fears about growing up and responsibility as fodder for comedy. I wish “Workaholics” wasn’t always so extreme—no one needs to see what happens to Ders (Anders Holm) in the season premiere—but, again, there’s a fearlessness to it all. When the trio starts a “Front Yard Wrestling” public access program in episode two, it’s admittedly stupid and a plotline that feels like it was discarded a few years ago. And yet they jump into the concept (with guest star Ben Stiller) with both feet and both arms, totally committed to being some of the dumbest people on television. 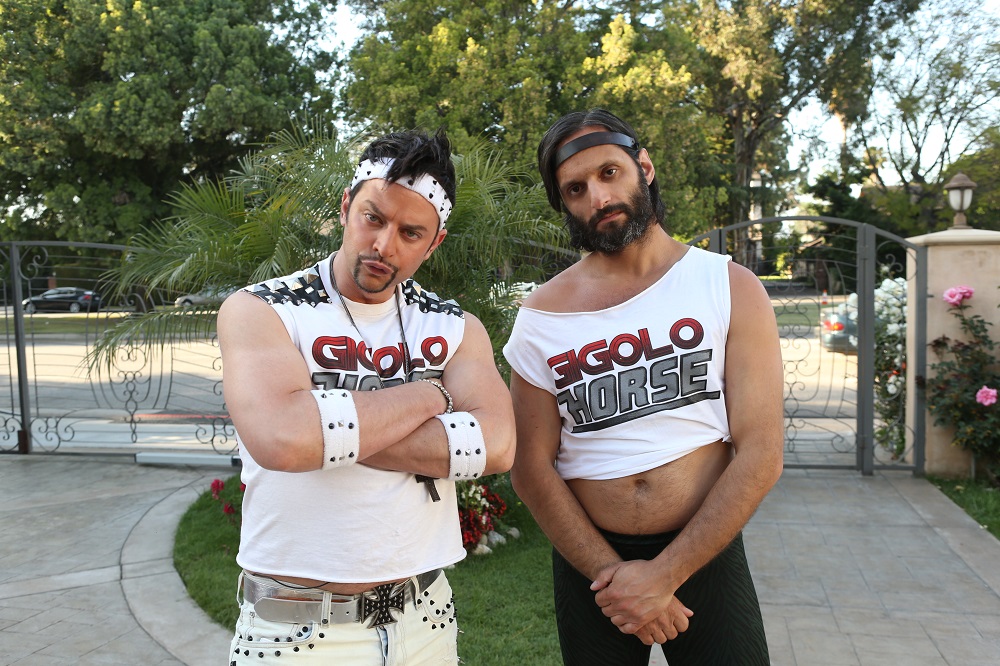 Finally, there’s the sketch comedy “The Kroll Show,” which sometimes falls flat due to star/creator Nick Kroll’s lack of range and inspiration, but often recovers through guest star power, and, again, commitment to concept. In the premiere, Kroll’s “The League” co-stars Paul Scheer and Jason Mantzoukas show up, along with the great Chelsea Peretti of “Brooklyn Nine-Nine,” in a great bit about a competition on a reality show about male gigolos. Again, it’s an imperfect sketch, but it fits with “Broad City,” “Workaholics,” and the rest of the Comedy Central hits of late in its absolute lack of desperation. That’s how the network has redefined itself and why I think it will continue to rise in 2015. So much comedy is built around a desire to please the lowest common denominator. Comedy Central has turned a corner creatively by finding talented people like Ilana Glazer, Nick Kroll, Amy Schumer, Jordan Peele, and Andy Daly and letting them guide the way to what’s funny instead of trying to appease an audience. Larry Willmore will fit in just fine.