When I heard that the always-great Mary Elizabeth Winstead was going to team up with the creators of the excellent “The Good Wife” for a political CBS drama, my critical heart skipped a beat. Finally, Winstead, so great in recent films like “Faults” and “10 Cloverfield Lane,” would find a hit. Well, she has to keep looking. “BrainDead” is the kind of show that probably played wonderfully in pitch meetings and even on paper, but simply doesn’t work as a finished TV show. It’s something of a combination between “Invasion of the Body Snatchers” and “Veep” with what should be the satirical tone of Burton’s “Mars Attacks!” If you’re saying to yourself, “How are they going to pull that off?,” the answer is that they’re not. “BrainDead” just isn’t funny enough, and is nowhere near as clever as it thinks it is. Perhaps in 2016’s truly odd political climate, a show about Capitol Hill being taken over by aliens isn’t extreme enough to work as parody. 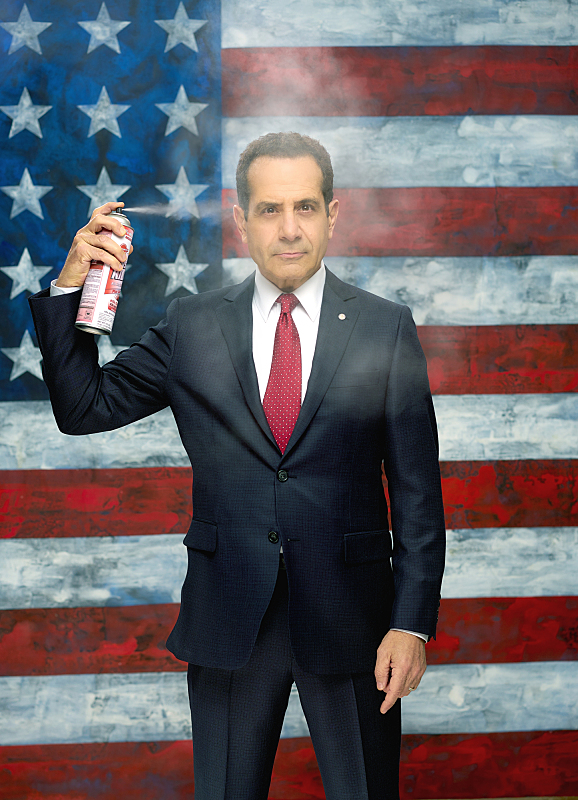 The writers of “BrainDead” recognize the oddity of this year’s political climate, opening with sound bites from Donald Trump, Bernie Sanders and Hillary Clinton. Where better to stage an alien infiltration than in a political world in which brain power seems to be limited? In fact, that’s clearly the “joke pitch” of “BrainDead.” “What if aliens took over politicians and literally pushed their brains out of their heads, making them bland, worthless leaders? Would anyone notice?!?!” After a meteor crashes in Russia and is brought back to the Smithsonian, creatures that look like ants emerge from the rock and begin their bland for world domination, starting in Washington D.C.

Winstead plays Laurel Healy, a character both sketched as one of the few pure, enlightened souls left in DC, and mocked as being someone who, God Forbid, actually wants to do something as worthless in this world as making documentaries. When her father begs her to come back to DC to help her brother Luke (Danny Pino), a high-powered Democratic Senator in the middle of a government shutdown, Laurel agrees to do so only if he pays for her to finish her documentary. While she’s there, she befriends Gareth (Aaron Tveit), the Legislative Director for a top Republican Senator named Red Wheatus (Tony Shalhoub). Can Laurel and Gareth get the people they work for to join hands across the aisle and actually get something positive done in Washington, D.C.?

I’d actually be more likely to watch that show—a straight-up political satire—than the inept, tonally unbalanced sci-fi thriller that “BrainDead” tries to be. As Laurel starts to notice odd behavior around her, starting with the wife of one of the men who transported the meteor back to the United States, “BrainDead” loses its way. By the final act of the series premiere, when things are getting way more red and sticky than viewers may have expected, one realizes that the creators of this show never quite figured out what it was supposed to be. Shalhoub appears to be ready to go as broad as Jack Nicholson in “Mars Attacks!” but the writing isn’t there to support him. And as much as I love Winstead, she’s boring here, unable to tie together the various tonal shifts and plot threads into something interesting. There’s a reason that CBS is burying this on Monday nights in the summer—not traditionally a strong platform for a new series. Let’s hope Winstead moves on to something better as quickly as possible and puts “BrainDead” behind her.