Amazon is back with their semi-regular dump of Drama (3), Comedy (3), and Kids (6) pilots for viewers to sample, dictating which shows will get full-season orders. This bypassing of the typical pilot process—in which executives would make the decision to put a series to order before airing the first episode—has resulted in something of an unusual personality for Amazon. To be blunt, it feels sometimes like a lack of purpose or voice, and that’s holding back the company from becoming the next Netflix or even Hulu (who has their first truly great show in “Casual”). If those networks feel like restaurants with head chefs, Amazon feels like a buffet. Try what you like, and if we run out of that, we’ll make more. It results in successful ventures like “Transparent” and “Red Oaks,” but it’s also backfired with the garbage that is “Hand of God” and the frustrating (although I must admit I watched all of its episodes) “Bosch.” Of this new crop of dramas and comedies, what stands out? What should you hope gets the full season order, and what should you avoid, even if it’s just one episode? In descending order of interest …

Note: Don’t consider these traditional TV reviews. As any TV critic will tell you, it’s VERY difficult to judge a show on one episode. The first show on this list could be garbage by episode four while the last one could fix its problems in the same amount of time. Consider these “First Impressions.” 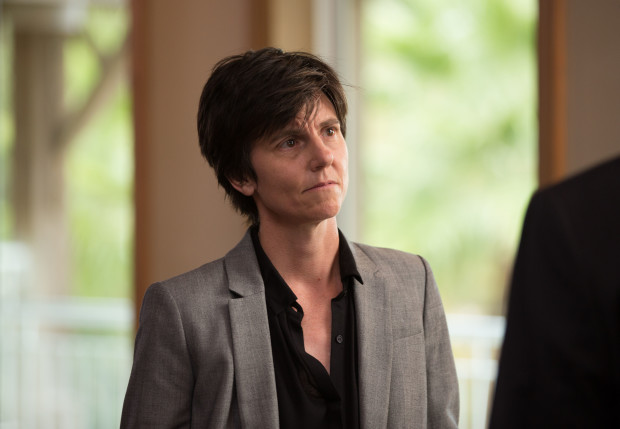 Tig Notaro’s life serves as the foundation for this show loosely based on reality. With a pilot produced by Louis C.K., directed by Nicole Holofcener (“Enough Said”), and co-written by Diablo Cody, “One Mississippi” kind of comes to the 2015 Fall Amazon Pilot season with the most ammunition. In the pitch-black premiere, Notaro, plays a woman who, like the comic herself, has just fought off cancer, and has to return home to pull the life support from her mother (yes, this is one of the comedies). Dealing with an anal-retentive stepfather and likable brother, she has to face one of those key moments in most people’s lives—saying goodbye to a parent. And Notaro brings an interesting energy to it in that she has dealt with mortality more than most people her age. She’s ushering her mother down a hall that she herself just looked down. Holofcener gives the premiere interesting shape and Notaro has some solid acting ability (not always true for writers and comics). There are times when “One” feels like it’s trying a bit too hard to be edgy, but this could easily iron out in future episodes. It’s an EASY pick for the one I most want to see more of. 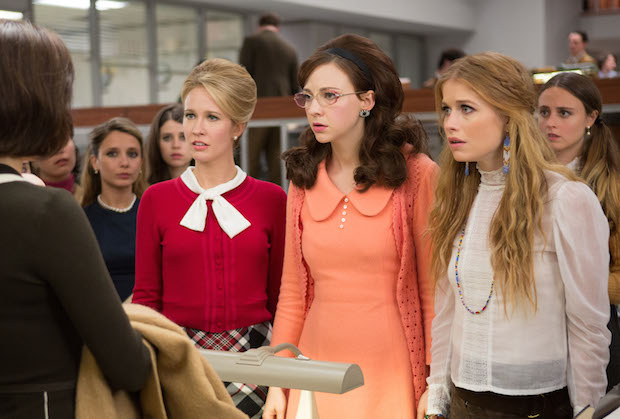 There’s so much going on in this period drama that its main flaw is that it feels too eager to impress. With echoes of “Mad Men,” “Good Girls Revolt” is going to pale in comparison to one of the best shows of the last decade. But the cast here is strong and the material well is deep. It’s 1969 at a weekly magazine, where interesting conversations are going on about how to cover counterculture versus the fact that men are dying it Vietnam. Then Altamont happens. Against the backdrop of getting that story, we meet a group of women carving their own paths in a patriarchal society. Believe it or not, that group is led by Nora Ephron (Grace Gummer). She’s just part of a massive ensemble that includes Anna Camp, Chris Diamantopoulos and Jim Belushi. “Good Girls Revolt” takes place in a thematically rich era, has a strong cast, and top production values. It’s about men getting credit for women’s work and being threatened by the fact that the women are more talented. Is it “Mad Men”? Not even close. But it could be something unique for a company that needs a strong drama. 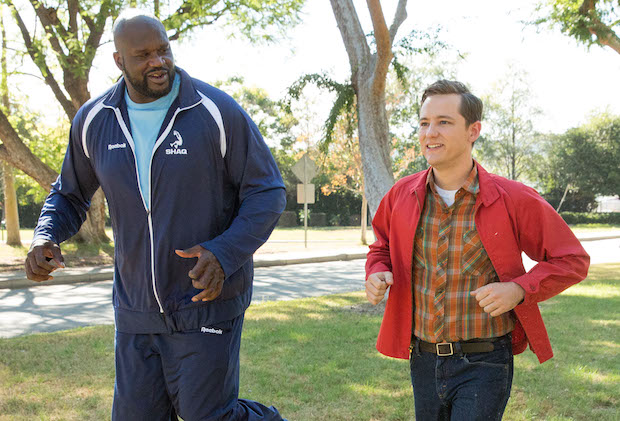 Directors Jonathan Dayton & Valerie Faris (“Little Miss Sunshine”) bring ample quirky energy to this quirky comedy about quirky people. Yes, this is one of those comedies that telegraphs its unique sense of humor with every other line of dialogue. However, that doesn’t change the fact that some of it is very funny, even if my tolerance for this kind of self-aware comedy is rather low (think of FX’s “Man Seeking Woman” or “Wilfred” for comparison). The title refers to a 19-year-old (Lewis Pullman) who has imaginary friends who are celebrities. In the opening scene, his parents (Mary Lynn Rajskub and Chris Parnell) are complaining to the doctor about bad advice given to him by imaginary Daniel Day-Lewis. As Highston has to be put away to fix his condition, we see him get advice from Flea and Shaquille O’Neal, who only he can see. Some of the cameos over the course of a season could be inspired. Or, this could get annoying really fast.

“Z The Beginning of Everything”

I have no idea what this is. I watch a lot of TV, but rarely have I seen something so formless and oddly shapeless as this dramedy premiere (it’s listed as a comedy and it’s a half-hour, but the premiere contains not one laugh, nor one real attempt at them). Directed by Tim Blake Nelson, this period piece stars Christina Ricci as a young Zelda Sayre, who would become Zelda Fitzgerald. Yes, THAT Z. Based on the book about F. Scott Fitzgerald and his muse, “Z” is a true oddity, as Ricci does a decent job at sketching a character, one who then kind of meanders through a flat version of the South that looks like a Lifetime TV movie. Poor David Strathairn is a walking cliché as her demanding father. The Southern banter is forced and the visual language is non-existent. I can’t figure out its intention thematically, and the storytelling is flat. So, why not last place? Because maybe this is a case of a vision that extends beyond the pilot and this is mere overture for something more interesting—the talents of Nelson, Ricci and Strathairn would suggest as much. Maybe. 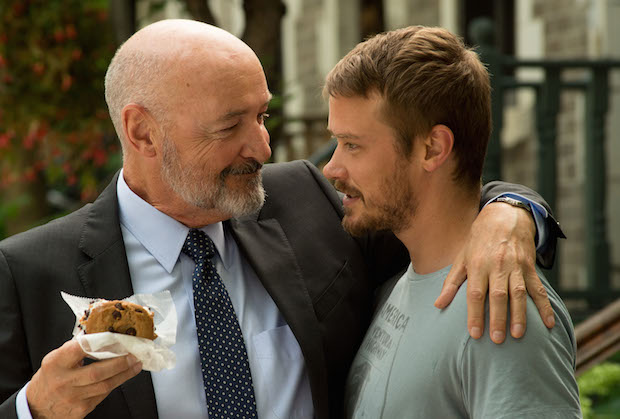 Amazon goes for their dark anti-hero piece with this offbeat spy drama from writer/director Steven Conrad (“The Secret Life of Walter Mitty”). Michael Dorman plays John Tavner, a NOC agent, someone sent deep undercover at a business that allows cover for travel to countries like Iran. His father is played by Terry O’Quinn and Kurtwood Smith is his unknowing boss Leslie at the fake job. With more attempts at black humor than comedy pilot “Z,” “Patriot” has some moments that work—I like the bit in which John has to tell a co-worker about his status and said co-worker then keeps trying to inject himself in the spy game—but it mostly feels like it’s trying too hard to be edgy and idiosyncratic.

What are you doing, Shane Black? The talented action director probably came on board this Western because of the great, ultra-violent action sequence that ends the premiere, but getting there is a chore. It’s Civil War Kansas and the title refers to Josiah “Edge” Hedges (Max Martini), a man hell-bent on revenge after the murder of his brother. William Sadler chews scenery as a potential bad guy. Yvonne Strahovski is the hooker with a heart of gold. Ryan Kwanten acts to the back row as a murderer. None of it transcends cliché. In fact, it almost plays like a parody at times—something you’d see in a show within a show that mocks bad TV. Which means it will almost certainly get a full-season order.