The Secret Life of Walter Mitty

Let me be frank: to use the words of the august founder of this website, I hated, hated, hated this movie.

From Ben Stiller's pantomimes of romantic hesitation in its opening moments as Walter Mitty goes all J. Alfred Prufrock on eHarmony.com, to costar Adam Scott's fussily styled fake beard, to the overall depiction of how a print magazine works/worked, to the consoling midtown-Manhattan romantic fade out, "The Secret Life of Walter Mitty," directed by Stiller from a script by Steve Conrad that is itself loosely adapted from James Thurber's legendary short story (or, to be accurate, from the main conceit of Thurber's story), grated on my nerves something fierce.

For all that, I'm giving the movie two stars, which, in star speak, translates to "fair." I'm not doing this as a sop to anyone who might end up charmed by the sometimes winsome and always self-help-book-like particulars of Stiller's romantic fable, which is can-do optimistic in rather stark contrast to Thurber's highly pessimistic mini-parable. I'm doing this because I'm not entirely sure that my negative reaction isn't a sort of personal carry-over from Stiller's last directorial effort, the intermittently amusing but entirely smug and hateful "Tropic Thunder." From the opening credit sequence, featuring the tableau-like visuals that recall the work of Wes Anderson—for whom Stiller acted in the wonderful "The Royal Tenenbaums"—my way of seeing the movie was circumscribed by the belief that what was being expressed/communicated was nothing much more than Stiller's own privilege. In "Tropic Thunder," that privilege was articulated via biting the Hollywood hand that fed him and telling the audience that it was getting what it deserved; here, the privilege manifests itself in Stiller's ability to take a big film crew to Greenland, Iceland, and a relatively safe stand-in for Afghanistan to impart some vague, semi-earnest be-here-now bromides to the paying customers.

Stiller plays the title character, a daydreamer so focused that even as he learns that he's likely to lose his job as a "negative assets handler" in the photo department of the real-life photo-driven Life (which ceased publication as a separate magazine in 2000, and was re-created as a newspaper supplement), he can't stop constructing fantasy scenarios involving the co-worker on whom he's crushing. (She is played, with surprisingly noncommittal likeability for such an appealingly idiosyncratic performer, by Kristen Wiig.)

These scenarios generally involve giving Mitty superpowers, and so the first half of the movie has a near-quorum of explosions and flying-human scenes. However. A missing negative from the magazine's star globe-trotting photog (Sean Penn) sets Mitty on his own real-life globe-trotting adventure in search of the photog, who can tell him where the missing shot is. (You are likely to figure it out before Mitty does.) He hops on a helicopter flown by a drunken quasi-Nordic oaf, plummets into a stormy Arctic sea, skateboards to an Icelandic volcano, inadvertently tracks a snow leopard in South Asia, and more. Along the way he makes the Very Important Discovery that, while his fantasies might in some ways exercise his imagination, they are in a certain sense holding him back. In other words, don't dream it, be it.

I liked the message better in "Rocky Horror" myself. While everything Stiller attempts here has a real professional polish, what "Mitty" lacks is any sense of what life might actually be like for the kind of "ordinary man" Mitty represents. Adam Scott's dismissive, ignorant bean-counter, a company man who's overseeing the shutdown of Life, comes off more like a nasty CAA agent than a publishing executive. And every now and then a Mitty fantasy will show its snide hand: there's an entirely beside-any-point "Benjamin Button" parody here that wouldn't pass muster as an MTV Movie Awards sketch. These sorts of incidental irritations, I began to notice, led me to some possible overpicking of nits, as in "I was in Iceland last winter, and everyone there speaks English almost perfectly, Stiller!"

So again, there's a real question as to how reliable my assessment of "Mitty" as a weak-tea bunch of insincere pandering might be. On the other hand, your ability to swallow the movie's nth fake epiphany scored to the nth contrived-crescendo concoction by Arcade Fire or some other camouflaged emoting pomp rock outfit might not necessarily make you a better person than I. It may mean you are a more patient one, however. 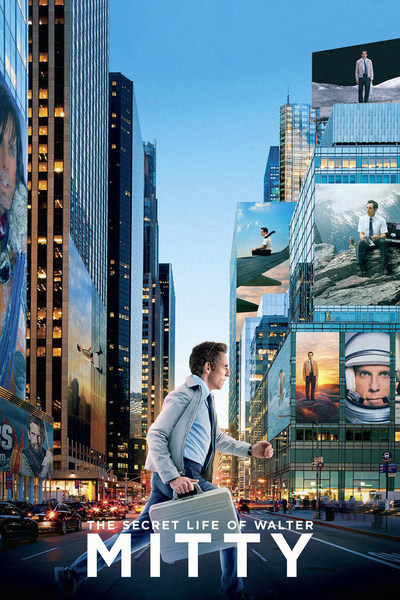