After FOX’s “Gracepoint” smothered what worked so well about “Broadchurch,” I was apprehensive that a similar “Americanization” would happen to the brilliant French series “The Returned” when it premiered on A&E this Monday, March 9th, 2015. I guess you could say I’m something of an expert on the original show, having recapped every episode for Music Box Films, who produced it. I adored “The Returned” and its daring blend of horror and drama, always finding the right balance between the human and the supernatural elements within its captivating story. When I heard some of the names behind and in front of the camera for A&E’s remake, my optimism grew, but, then again, remakes are a dicey proposition and “Gracepoint” had a similar pedigree and went down in flames. So, no one is happier than I am that “The Returned” works. It’s not quite as atmospheric or accomplished as the original, but it’s way closer than I expected it to be, anchored by strong performances throughout and an understanding of what worked about the original. 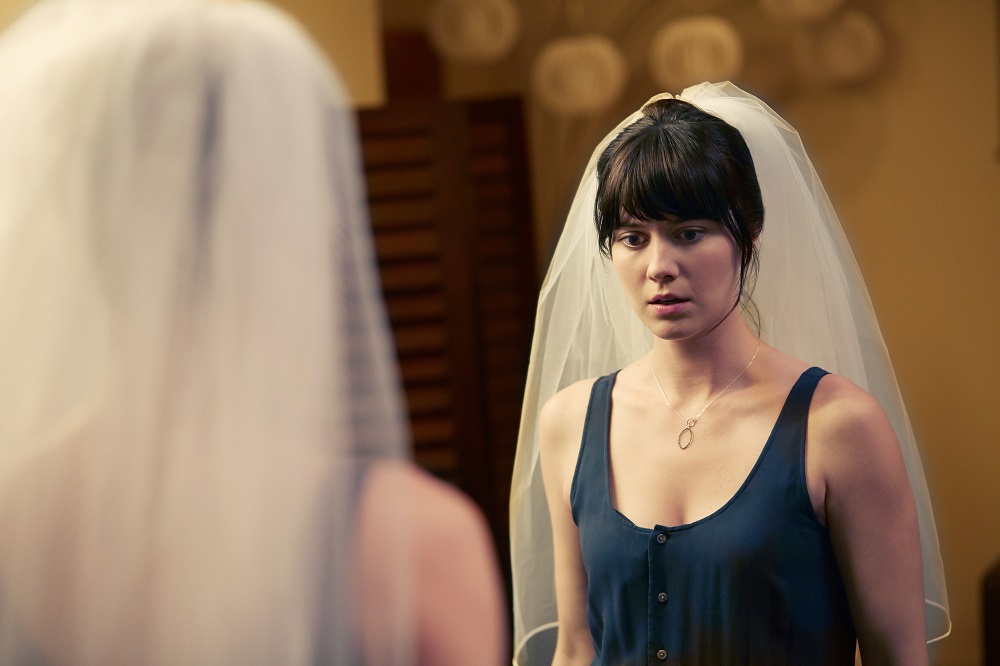 To that end, creator Carlton Cuse (“LOST”) doesn’t fix what ain’t broke. The premiere of “The Returned” is remarkably loyal to the original French series premiere, and it seems that Cuse and his team (which includes “A Midnight Clear” director Keith Gordon on the premiere and “Splice” director Vicenzo Natali on episode two) are going to remain remarkably loyal to their source. The basic premise of “The Returned” is that a group of deceased individuals suddenly are not so dead. A girl who died in a horrible, town-changing bus crash crawls out of the ravine four years later and goes home as if nothing happened. A young man who died on his wedding day cannot understand why his fiancé doesn’t have the same life she did yesterday. And there are others, however their stories are unveiled slowly enough that I won’t spoil them here.

Don’t come to “The Returned” expecting “The Walking Dead.” This is not that kind of zombie show, although the reveal of a serial killer and something very wrong with the town’s water supply do add a sense of dread to the proceedings that plays right into Cuse’s wheelhouse. Like “LOST,” it’s more a show of confusion than horror, and the emotions that are unearthed when the ground of reality shakes. How would you respond if a loved one you had finally stopped mourning showed up like nothing was wrong? And Cuse and his team place even more emphasis on the reverse angle than the original did: what if you came home from school to a broken home and a twin sister who was four years older? 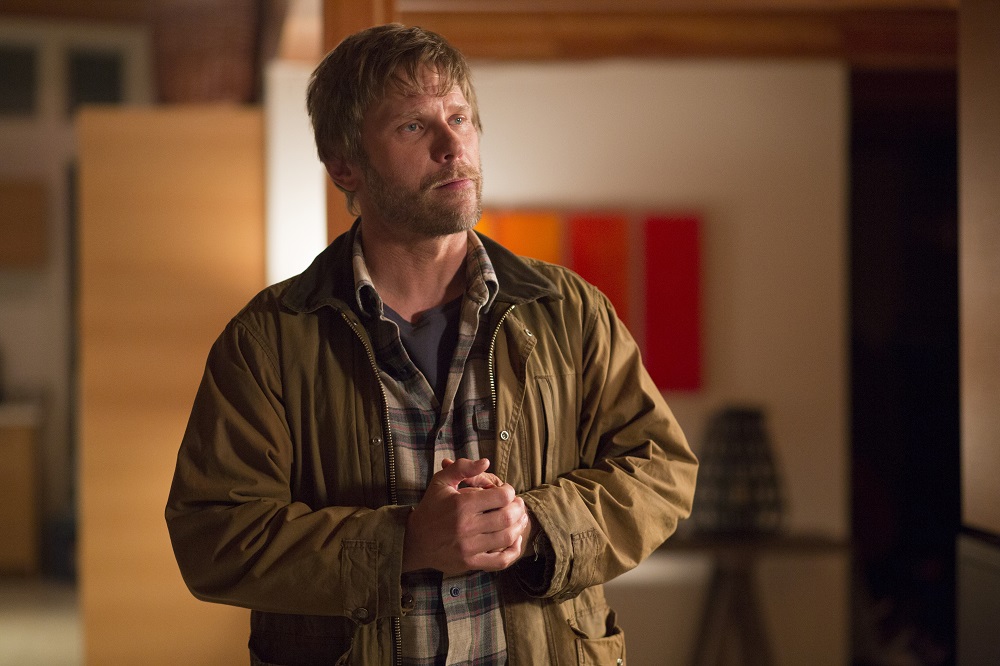 The ensemble assembled for “The Returned” is excellent, top to bottom. Standouts include the increasingly-fantastic Mark Pellegrino as Jack, father to Camille (India Ennenga), the dead girl who came home. Jack found solace in the bottle, tearing his family apart. Pellegrino conveys so much emotion with simple expressions and confident line readings, revealing that Jack knows he’s made mistakes and things can’t just return to the way they were even though that's what he's dreamed about for four years. Mary Elizabeth Winstead takes center stage in the second episode as Rowan, the woman left at the altar who is convinced her returned fiancé is a ghost. Winstead has long been an underrated actress and she’s strong here. The whole cast works but Innenga, Pellegrino and Winstead serve as the emotional foundation to the mystery and they deliver above expectations.

Ultimately, Cuse and Gordon avoid the common misstep of American remakes of foreign fiction by letting the story and the characters convey the themes instead of underlining and emphasizing them through common TV tropes like over-use of score, quick cuts, and other blatantly manipulative devices. The final sequence in the premiere doesn’t quite work like it did in the original, and the small-town atmosphere of dread isn’t quite the same, but these are minor complaints for a surprisingly effective drama. More than most, I know exactly what’s going to happen, and I still plan to watch. That’s saying something. 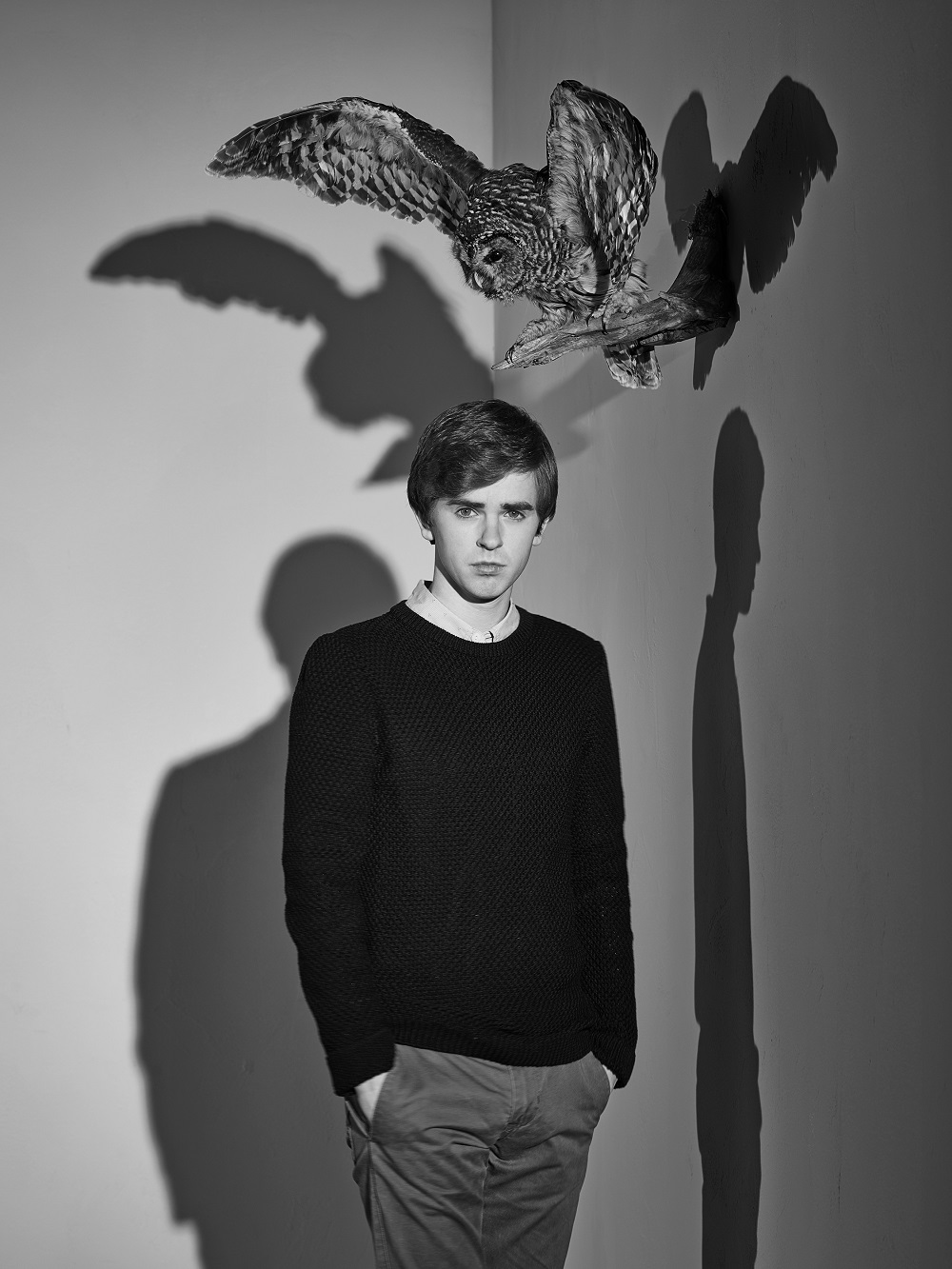 On the same night that A&E brings “The Returned” back from the dead, the network premieres the third season of “Bates Motel,” a show that I’ve liked but about which I’m starting to worry. For how many seasons can there be “something wrong with Norman”? I will likely always tune in for the excellent performances by Vera Farmiga, Freddy Highmore, and Olivia Cooke, but an air of repetition pervades the season premiere (more of the drug-dealing underworld subplot?), at least until its cliffhanger ending. Up to that point, it hits a lot of the same beats as previous episodes. Norma (Farmiga) and Norman (Highmore) are still bizarrely close, even sleeping together in the same bed. The writers of “Bates Motel” have been smartly turning up the heat on this incestuous insanity, but this is the season in which it really needs to boil. We can’t keep wondering when Norman will truly snap, and watching Norma protect him from himself. And the final scene of the premiere hints that we’re getting there as the writers at “Bates Motel” inch closer to the Norman we know from “Psycho”.