A Real Modern Family: The Working Mother on TV

Being a TV mom is a rough gig. They’re saddled with precocious children, clueless husbands and an ever-present weekly drama, all the while expected to be picturesque representations of motherhood. But that ideal has changed since the days of Donna Reed and June Cleaver, as real world women frequently balance careers with their maternal responsibilities and many American families find it difficult to manage without both parents bringing in a salary. So it seemed a little peculiar that in 2009, after a couple of decades worth of working moms gracing television screens, ABC debuted the much-lauded "Modern Family," featuring not one but three stay-at-home parents, a liberal interpretation of the series’ name. But the working mother has been making a bit of comeback of late, thanks in part to a pair of new sitcoms from the same network that brought us that trio of less-than-modern families. 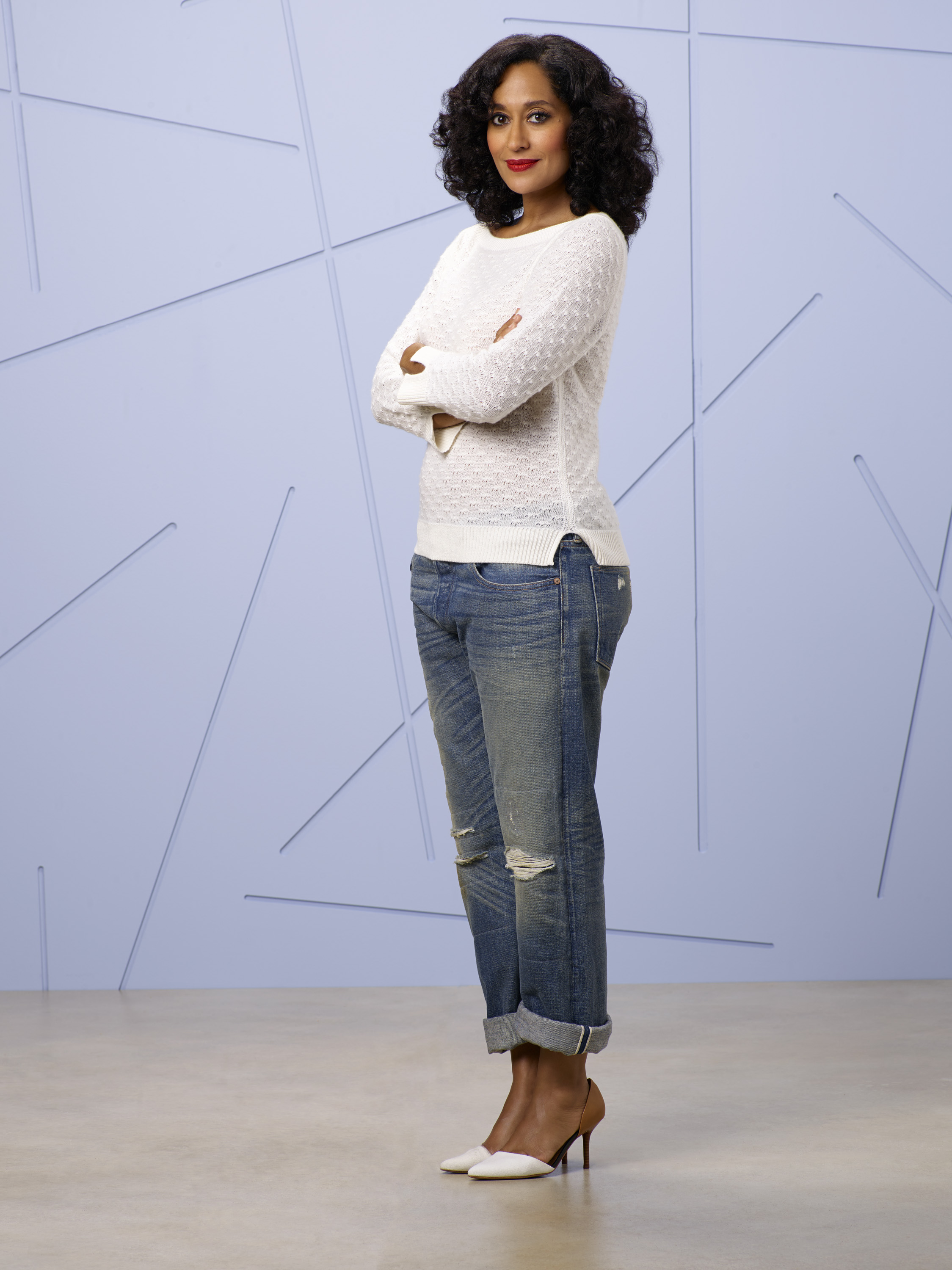 Freshman comedies "Black-ish" and "Fresh Off the Boat" have each offered up vibrant new TV matriarchs that pulls down a paycheck, as well as pack their kids’ lunches. Tracee Ellis Ross’s Rainbow Johnson is an anesthesiologist, while Constance Wu’s Jessica Huang took a step back from helping her husband run his restaurant to chart her own success as a real estate agent. While neither character’s working life occupies as much screen time as their TV husband’s does, both women are incredibly successful and their professions help add to their already entertaining and complex characters.

Not only do the Johnsons and Huangs bear a stronger resemblance to the majority of working class families in the country, the mothers’ occupations offer a greater variety of stories for the female cast members, such as the multi-episode arc on "Fresh Off the Boat" that took Jessica from an amateur real estate savant to a fully licensed employee at an agency. Perhaps its this reason that, eventually, "Modern Family" did employ two of its three stay-at-home parents with Cam (Eric Stonestreet) heading back to work in the fourth season, followed by Claire (Julie Bowen) in the fifth.

For obvious reasons, the working mom is much more guaranteed archetype in workplace comedies, where the mother is introduced and defined by her vocation, rather than her role as a parent. No one would have expected "The Office"'s Pam Halpert to quit her job at Dunder Mifflin after she started having children, because then Jenna Fischer wouldn’t have much of a role one the show anymore. Additionally, single TV mothers like "Mom"’s Christy Plunkett (Anna Faris) don’t really have much of a choice about getting a job.

The resurgence of working mothers hasn’t left stay-at-homers completely underrepresented, though they’re beginning to fall into two distinct categories: the throwbacks and the discontent. The throwbacks are those reminiscent of pre-1980s TV moms, before the likes of Clair Huxtable and Elyse Keaton changed the game. Not surprisingly some of the best examples of these women are "The Simpsons"’ Marge and "Family Guy"’s Lois, not only because both shows have been on the air for 26 and 13 seasons, respectively, but both were created in the image of classic sitcoms. Granted, due to the fluid nature of reality on an animated show, both ladies have occasionally hung up their aprons for brief periods, but neither have held a regular gig like their more recent counterparts on "Bob’s Burgers" or "Rick and Morty". 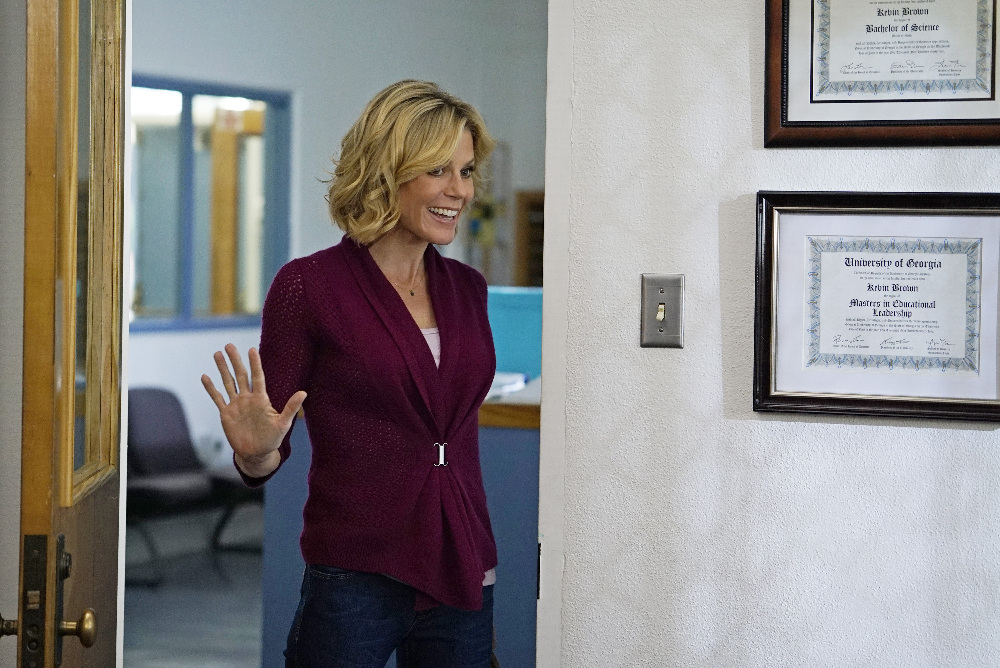 The discontent housewives have been popping up in new, slightly edgy series like "Togetherness" and "Married". Both women have a growing displeasure with their current situation, leading to strains in their marital relationships. In "Togetherness", Melanie Lynskey’s Michelle tries to fill this hole in her life by joining a community group to start a charter school in her neighborhood, lead by a man she has a flirtation with. Given the volatility of their circumstances, it’s hard to imagine these ladies remaining at home much longer. By the end of the season, it seemed that Michelle may have actually talked herself into a new job and Judy Greer’s Lina came close to going back to her former job due to her family’s financial needs.

Period shows have offered up hybrid versions of these two brands of housewife, such as Betty Draper (January Jones) on "Mad Men" or Libby Masters (Caitlin Fitzgerald) on "Masters of Sex". While both ladies look the part of Donna Reed, they’ve struggled to find happiness in their roles as devoted wives and mothers from Betty’s curious hand tremors and sudden weight gain to Libby’s affair with a black civil rights demonstrator. What’s more these women exist alongside working moms like Joan Harris (Christina Hendricks) and Virginia Johnson (Lizzy Caplan).

The traditional TV housewife is fast becoming an endangered species, as working families become the norm across the dial. From stay-at-home mom Claire Dunphy leaving behind her homemaker role to re-enter the workplace to dedicated doctor Rainbow Johnson failing to give up the career she worked so hard for to spend more time with her children, TV ladies aren’t just showering their families with hugs, love and housework, they’re also bringing home a paycheck. In addition to bearing a greater resemblance to the average American family, this benefits these show’s female characters by allowing them to have a life outside of their husband and children, where other facets of their personality can be explored. And those concerned that the classic TV homemaker will go the way of the dinosaurs, fear not, Marge Simpson will probably outlive us all.