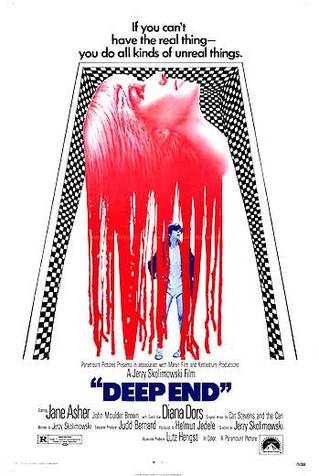 I was just reading David Thomson's intriguing/perplexing entry on Paul Thomas Anderson in the new edition of his "Biographical Dictionary of Film" (more about that later) and he begins with reports that Anderson had at one point been unhappy with New Line's print campaign for "Magnolia":

Yet, truly, how would you do a poster for "Magnolia"? How would you begin to convey the feeling and form of the picture? Would you bother to ask the question why it is called "Magnolia"? Would you let yourself ask, are posters the proper way to offer great movies?

Such awkward questions could accumulate in Hollywood marketing offices, which have so little time or practice with the crosscutting ironies and countervailing doubts that obsess Anderson and are the energy of his films.

Yes, the job of marketing and advertising is to present the movie to the public and (if it's an honest campaign) entice them with a taste of what they can expect from it. And we all know that sometimes the efforts are woefully inadequate: "It's Terrific!" ("Citizen Kane"); "The Damndest Thing You Ever Saw!" ("Nashville"). I think the original paintings and drawings done for the Polish movie market -- most of which use no images from the movies themselves -- often do a stronger job of suggesting the feel of the films, like my favorite posters for "The Discreet Charm of the Bourgeoisie" and "The Phantom of Liberty." 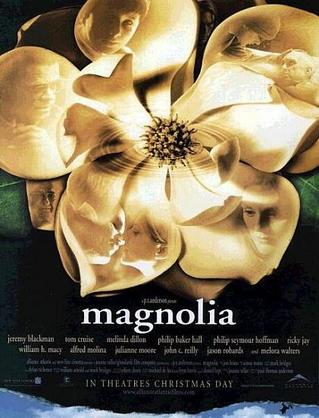 The original poster here for Jerzy Skolimowski's fantastic "Deep End" (1970) suggests a giallo (or Grand Guignol) picture, which it isn't, although it begins and ends with splashes of blood. Nevertheless, the tagline serves as a crude but dead-on capsule description (perhaps "too on-the-nose," as they say) of the story: "If you can't have the real thing -- you do all kinds of unreal things." Which is to say, it's about a 15-year-old boy (John Moulder-Brown) who works in a public bathhouse with Jane Asher (Paul McCartney's ex-girlfriend!) and wants to have her in the worst way.

I raise all of this simply as an excuse to get around to a great piece of film writing, composed by Richard T. Jameson as a program note for a screening of "Deep End" in a University of Washington film series called "Love and Death" that I had the privilege of co-programming and presenting with Kathleen Murphy in 1983. I just came across it again on Parallax View, where all sorts of similar treasures are waiting to be discovered, and it made me think that the film's use of primary colors could have figured in its key art -- no less accurately, but perhaps not as eye-catchingly. Imagine these words below the title: "With mustard." Let RTJ explain:

Few films are so quirkily, relentlessly alive. Few succeed so vividly in evoking a distinctive vision of life, in which the abstract and the concrete, the accidental and the poetically inevitable, trade off and reinvigorate one another as naturally as the heart pumps blood. [...]

The distinctive thing about Skolimowski as a filmmaker is, he deals in ideas without ever letting them freeze into Ideas. They remain always in motion, always flexing into new, unexpected, and scintillating configurations. Consider the amazing scene in which Mike first realizes that his old athletic coach and Sue have a sexual relationship. After glimpsing Sue entering the coach's cabinet at the baths (which the camera also just glimpses, thanks to an exactly judged angle and the well-timed swinging open of a window), Mike rushes to the closed door. The sounds from behind it are tantalizing but they don't tell him enough. He grabs a wall mirror and shoves it under the door. Inverted glimpses of an embrace, clothes rustling up over shoulders; still not enough. He withdraws the mirror and looks at his own reflection; what does he expect to find there? What does he find? He smashes the mirror on the floor and, as if on the shockwave from that concussion, is propelled down the hall to shatter another piece of glass, the cover on the fire alarm. He drops down from the bench he has stood on to reach the alarm; and the camera drops too, tipping its gaze to his feet as they, almost of their own independent will, begin an eerie, childish, heel-to-toe regression along the corridor.... Skolimowski has covered all of this with only a couple of shots: he keeps the visual action as intact as possible, the better to measure the weird, shrapnel-like pattern that its logic describes as it explodes before our eyes. The tension--stylistic, emotional, symbolic--is ferocious.

This strategy operates in the film at large. Skolimowski can take the most incidental element of a scene or situation and turn it to suggestive advantage within the quicksilver flow of his narrative. Without being stressed in the least, the awning on the Asian hotdog vendor's cart crosses the framespace at just such a height that Mike and the vendor must bend slightly to see each other. It masks Mike's eyes, reinforcing his air of distraction and visually stimulating our own perplexity about what he's up to at this point in his frantic obsession with Sue. It also adds one more fillip to the scene's bizarre comedy by providing a physical nudge to Mike to return the Asian's bow every time he purchases one more "with mustard." Possibly Skolimowski thought of this only a moment before setting up the scene. Much of his work has that feeling, of almost tripping over the everyday detail that will spin us into recognizing the underlying complexity.

How are you gonna get that into a poster? You aren't. Few filmmakers ever manage to get it onto the screen, and few critics can recognize it and capture it on the page. But that's the good stuff.

P.S. "Deep End," perhaps because of the "Tea for the Tillerman"-era Cat Stevens sounds on the soundtrack, has not been issued on Region 1 DVD. But Turner Classic Movies has shown it a few times in the last year or two. Watch for it! 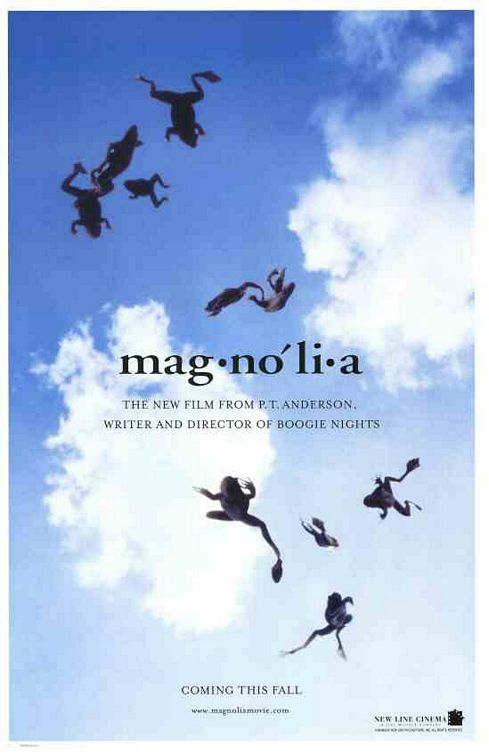