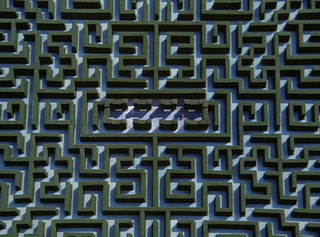 David Bordwell examines the crucial distinguishing characteristics of cinephiles and cinemaniacs, and catalogs the shared habits and competitive strategies of the former, in "Games cinephiles play."

Which are you? (Not that you have to be one or the other.) DB will help you resolve any cine-related identity crisis from which you may be suffering.

... I do see differences. For one thing, most cinemaniacs like only certain sorts of movies--usually American, often silent, sometimes foreign, seldom documentaries. Do cinemaniacs line up for Brakhage or Frederick Wiseman? My sense is not.

Cinephiles by contrast tend to be ecumenical. Indeed, many take pride in the intergalactic breadth of their tastes. Look at any smart critic's ten-best lists. You'll usually see an eclectic mix of arthouse, pop, and experimental, including one or two titles you have never heard of. Obscurity is important; a cinephile is a connoisseur.

The real crux, I think, is this. The cinephile loves the idea of film.

That means loving not only its accomplishments but its potential, its promise and prospects. It's as if individual films, delectable and overpowering as they can be, are but glimpses of something far grander.

Interesting, then, that the cinephile's appetite is both that of a connoisseur and an insatiable omnivore. The cinephile craves, and appreciates, white truffles and meatloaf with ketchup (though not necessarily on the same plate). However, the cinephile abhors catsup for its pretentious inauthenticity.

The passage quoted above puts something into focus for me, which is that I sometimes worry that I'm losing my religion, that I am lapsing from cinephilia into cinemania. Which must be something like going from Roman Catholicism to Episcopalianism. I have friends who have been through this -- what I call a "crisis of faith" -- when they feel let down not just by the steady stream of lackluster movies, but by the movies themselves. (It's not just a run of bad luck, it's a trial worthy of Job.) I felt similarly around the time I stopped reviewing films on a daily basis in the 1990s -- that, as in a serious depression, what I was seeing was just a copy of a copy of a copy. (This may also be a perfectly accurate perception and assessment of reality. I often wonder if depression might be a manifestation of anhedonia, irrational self-directed rage -- Stewart Smalley's "stinkin' thinkin'" -- exacerbated by a tendency to see things a little too clearly for your own psychological well-being.) I hope it's just another phase.

These days -- perhaps because I do care so much about the medium that has sustained me in so many ways for so long -- I find it difficult to stand the disappointment of a bad movie. Which is to say, the vast majority of movies. My feeling is that life is too short -- and I never used to feel that way, but life wasn't quite as short then, either. I still maintain you can learn as much from an utterly misconceived, failed or incompetent movie (or war or political administration) as you can from a great one, although that doesn't make the former any easier to withstand while you're living through it.

On the other hand, I feel no less euphoria at encountering a wonderful movie, or a terrific touch in an otherwise mediocre picture (apologies to Manny Farber). I can't wait to immerse myself in the Toronto Film Festival next week, where I will be walking into auditoria with virtually no idea of what I'm about to see (except whatever motivated me to choose that particular time and theater from all the available options). The old excitement of "when the lights go down" remains as strong as ever.

One of the people I hope to see in Toronto is fellow movie blogger Girish Shambu, who's just written a heartfelt appreciation of the late Manny Farber, in which he says: "In the process of writing it and in discussing Farber in the comments with others, primarily Zach [Campbell, of Elusive Lucidity], I discovered that my film-blogging interests lay not simply in films but in discourse about films: reading, writing, talking about them."

Girish, I would say, is definitely a cinephile. Among DB's criteria is the desire (compulsion?) to talk about, analyze, share movies and movie-related thoughts and information.

I hope that's why you're here right now.

Do check out Bordwell's accounts of the games cinephiles play (with Jules and Jim as his avatars) -- including such competitive maneuvers as "the breadth strategy," the longevity strategy" and "the insider strategy."

Some day cinephilia itself will evolve into an Olympic sport, with its own judging standards and point totals ("He'll lose one tenth of a point there for mispronouncing Chloe Sevigny's last name..."). In the meantime, you can enjoy expert color commentary by David Bordwell, including assessments of the options available when you encounter "philosophical disquisition that usually sounds better in French but can occur in English too":

It's hard to serve a return. Resorting to I just don't know what that means usually makes you look dumb, whereas Do you buy effluvia like that in ten-gallon drums? would be considered hostile.

(Extra credit: From what song is the first part of the headline of this post taken? Don't put me in shame.)