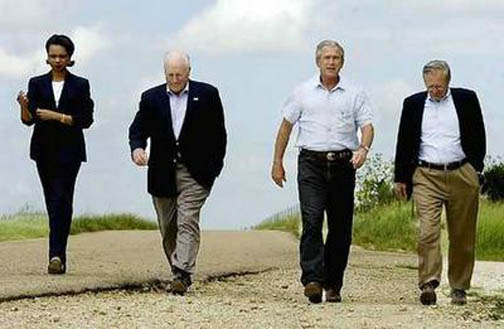 Examine this image: "The Wild Bunch"... or "The Discreet Charm of the Bourgeoisie"?

There's a movie moment for nearly every occasion in life. Take this one from Harold Meyerson -- arguing against impeachment (of Bush and Cheney, anyway) in a cover story in The American Prospect:

You may recall the scene in Clint Eastwood's 1992 Western "Unforgiven" where Eastwood's character levels his gun at Gene Hackman's malevolent sheriff, whom he is about to dispatch to hell's lower depths. "I don't deserve this," Hackman protests. "Deserve's got nothin' to do with it," Eastwood replies, and pulls the trigger. 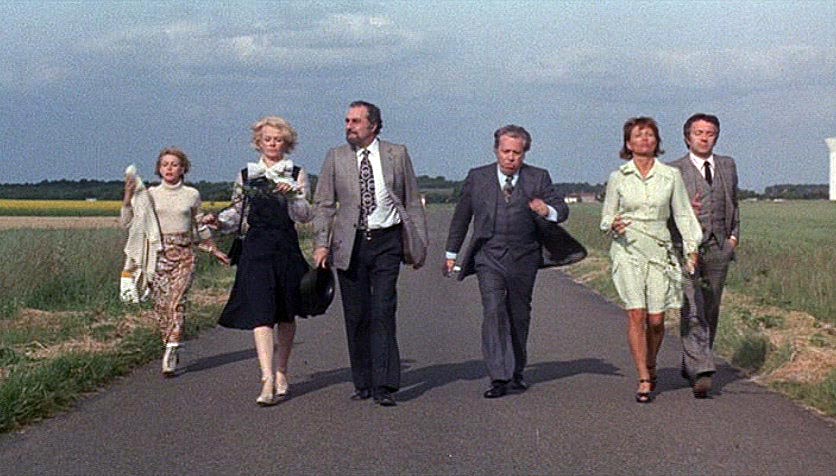 Buñuel's "Discreet Bunch": On the Road to Nowhere...

And that -- a touch overstated, I'll admit -- is pretty much my position on impeachment. Does George W. Bush deserve to be impeached? Absolutely. Problem is, that doesn't resolve the question of whether trying to impeach Bush (and, necessarily, Dick Cheney, too) is a good idea.... "Deserve" does have something to do with it, but not enough to carry the day. At least, not this day. [...]