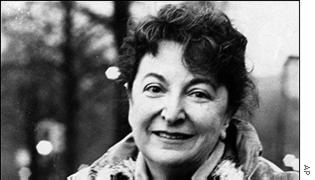 A follow-up on contrarian criticism, from an Artforum section published in 2002, after the death of Pauline Kael, called Prose and Cons:

When Artforum invited me to write 800 words on Pauline Kael, I asked the editor why we couldn't dispense with 799 of them, as I could certainly summarize my opinion of Ms. Kael with even greater economy than that with which her opinions had for so many years been splashed across movie ads and even, for a time, theater marquees. Besides, the definitive autopsy on Ms. Kael's oeuvre had already been performed, twenty-one years earlier, in the pages of the New York Review of Books, by Renata Adler ("The Perils of Pauline"), and I consider Adler's an impossible act to follow. I have a fond memory of devouring that essay with Susan Sontag, peering over each other's shoulder, in the donut shop that used to occupy the corner of Third Avenue and Fourteenth Street, both of us nearly gagging with laughter at the sly, inexorable trajectory of every sentence, the devastating conclusion of every paragraph, the utterly damning thoroughness with which Ms. Kael's grotesquely inflated, even sacrosanct reputation had been laid out like a corpse for burial. [...]

The coercive effect of Kael's technique was not simply contrarian, which might have had its praiseworthy aspects; "For Keeps" makes it clear, as Adler noted years ago, that this is a critic who brooks no contradiction and turns herself into a pretzel to stun the reader into agreement that a worthless film has moments that outshine, and outmerit, actual masterpieces, if for no better reason than that the film was made by one of the directors she routinely fawned over, like De Palma. When it suits her, Kael does a complete volte-face and fetishizes the transcendent artistry of De Sica's "Shoeshine," for example, or treats us to an extremely long, extremely ill-informed analysis of how things work in Hollywood to explain "why today's movies are so bad." It is, perhaps, the absence of any real sensibility rooted in any consistent method of analysis that makes Pauline Kael's collections of reviews the kinds of books I don't like having in my house. She's not a real voice but more like a suet of arbitrary, extemporized pronouncements. She is Gertrude Stein's Oakland; There's no there there.

Pauline changed criticism in a number of ways:

... Taking film criticism to the average filmgoer. She wrote for people who went to movies, not for those who read magazines--a technical distinction, but an important one. [...]

A considerable achievement, and I wish I could say a wholly beneficial one. Cultural history has not been kind to Pauline. She was able to rail against critical snobbery and High Art, defend mass-audience taste and extol "trash" because she never feared for culture. She knew that there would always be standards. Because she had standards. She appreciated great art and literature and opera; no amount of "trash" could change that.

Not long before she died, Pauline remarked to a friend, "When we championed trash culture we had no idea it would become the only culture." That's exactly the point. She and her foot soldiers won the battle but lost the war. Mass taste has become acceptable taste, box-office receipts the ultimate measure of a film's worth. The pop films Kael most loved, such as "Hud" (1963), if made today, would be considered art-house fare.

Returning to her writing after so many years, I'm still puzzled by a central ambivalence in her judgments that seems to gravitate around the notions of "art" and "trash." In her celebrated essay "Trash, Art, and the Movies" (Harper's, February 1969)--the closest she came to a general statement of intentions--she wants to celebrate the gaudy pleasures of cinematic vulgarity: "I don't trust anyone who doesn't admit having at some time in his life enjoyed trashy American movies.... Why should pleasure need justification?" She directs withering scorn at those stuffed-shirt humanists who admire "Judgment at Nuremberg" or "Wild Strawberries" but can't appreciate "The Thomas Crown Affair" (1968). But she's equally at odds with anyone who likes trash a little bit too much, likes it enough to think that "trash" is perhaps a term of doubtful use: "If an older generation was persuaded to dismiss trash, now a younger generation, with the press and schools in hot pursuit, has begun to talk about trash as if it were really very serious art." It doesn't help that her examples of yesterday's kitsch now mistaken for art are "Shanghai Express" and -- amazingly for someone who would go on to grossly overpraise the Hitchcock imitations of Brian De Palma -- "Notorious." She goes in circles on this theme, churning up perplexities about pleasure and puritanism, bourgeois complacency and radical transgression, without ever coming to a comfortable resting point. What is clear is that there is no party of which she wishes to be a member; if she has to declare for anything it will be the sovereignty of her own taste.