The sins of the critics

Critic Kathleen Murphy takes a prickly, sarcastic inventory of common complaints against, well, critics at MSN Movies and finds them... not so sharp. I have this uneasy feeling some readers looker-atters won't see the irony, but -- what can I say? -- we live in an age when millions either can't or won't see the pig for the lipstick.

Among accusations addressed are the sins of seriousness, snobbery, geezerism and insufficient appreciation for the latest trends. (One of my favorite zingers: "Haven't you ever heard of the fierce urgency of NOW?" As if this week's movies were automatically better than last week's because they're more up-to-date! There's critical perspective for you.) 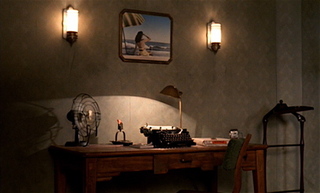 Kathleen quotes from my "Do the Contrarian" song (a big hit single for me during Contrarian Week in 2007) to introduce a little rant about that vintage favorite, "The Dark Knight," and an Oscar-winner that's soon to become a Dramatic Television Show:

Shouldn't it be in the job description that if a critic sees a movie with 300 wildly applauding folks, it's against the rules to write as if that doesn't count? Like one fan wrote to a nit-picking critic: "If you do not like 'The Dark Knight' ... you should be fired because you do not speak for the people."

Remember "Crash"? (That's a stretch, since it came out way back in 2004, but, for the sake of discussion, pretend.) A collection of sermonettes about race in Los Angeles, "Crash" assured us that, yes, bigotry was bad, but down deep, people were good, and if only everyone could just get along, this nasty problem would go away.

The flick took home three frakkin' Oscars, and nobody had a bad word for it ... except a clutch of critics who just had to put flies in its oh so soothing ointment. When you killjoys slammed "Crash" as a simpleminded, heavy-handed liberal fantasy, you really brought us down from a righteous high -- and we resented you for it.

Don't lay that old hoo-hah on me about being responsible for "placing" movies and defining "cultural significance" and providing "informed" analysis. You may feel like you're handing out gifts by explaining how wrong we are to prefer "Transformers" to "No Country for Old Men," but, trust me, you're just serving up spinach to people who crave Whoppers.

Never have I understood why anybody would suppose critics should attempt to second-guess box-office results, or limit their observations to those likely to be made by... anybody in the audience. Don't they already have audiences for just that sort of thing -- people who applaud or laugh or sleep or boo or walk out and either talk to their friends afterwards (or during) or don't? Critics can't replicate that experience, so why should anyone expect them to try? Shouldn't critics be doing something else? Like, maybe, writing for people who are not only interested in movies, but in reading and thinking and arguing about them?

I dunno. Just an opinion.