The Rise and Rise of the Celebritocracy 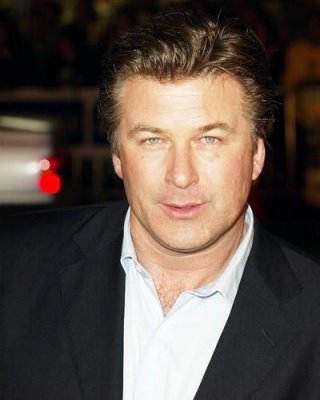 From a 2003 interview with Toby Young, celeb interviewer, memoirist and author of "How to Lose Friends and Alienate People":

"I have this idea for a dystopian satire. It's set in the immediate future, and it's going to be about the moment when ordinary Americans turn on the celebrity class. There's going to be a sort of French Revolutionary-style bloodbath where A-list celebrities are strung up from lampposts and lynched on street corners. The storming-the-Bastille moment is going to be when the looky-loos outside the 2023 Academy Awards kind of break through into the Kodak Theater and start lynching A-list movie stars on live TV." (Only 15 minutes 'til the first VF Oscar party reference, I note.)

"And it sets off a chain reaction across the United States," he continues, leaning in, conspiratorially. "And there's a scarlet pimpernel figure, who's kind of a second rate English talent agent based in Los Angeles, and in the pre-revolutionary era, he couldn't get anyone to return his calls. But in the post-revolutionary era, he figures out a way to get celebrities to safety. And the way he does that is, the only country where celebrities are still safe is Britain, because they're such craven starfuckers that the revolution doesn't actually affect them. And the way he smuggle celebrities out of Los Angeles is by disguising them as flight attendants on Virgin Atlantic. They occasionally get spotted. They get rumbles in mid-air and tossed off the plane. I need to come up with the right word to describe this celebrity apocalypse. If I can come up with the right word, I'll be in business. My father wrote a similar book in the 1950s called 'The Rise of the Meritocracy,' which is about a bloody revolution in which a kind of meritocratic overclass overcame and coined the term 'meritocracy.' I want to coin a similar word to describe a society in which celebrities are the kind of governing class."

Advertisement
Don't we already live in a celebritocracy? Not in the sense that the National Inquirer and the Star and People and Vanity Fair and cable news continue to inflate the importance of celebrities (including wannabes from the media like Anna Wintour or Graydon Carter or A-- C------). That kind of thing has been going on for a long time.

What I'm fascinated by is the insistence by some of the media entertainers (from Sean Hannity to Wolf Blitzer) that the lives and political views of celebrities really are as important as those of elected officials! It's just amazing. Quote from a reader at Andrew Sullivan's Daily Dish blog:

... [T]he actor Alec Baldwin was on a radio show in NYC a short time ago when conservative radio hosts Sean Hannity and Marc Levin called in to hurl insults against him. During the course of the 7-minute battle, Levin, out of nowhere, suddenly seeks to mock Baldwin as "Brokeback Alec."

Which, when you think of it, makes no sense. You can love or hate Alec Baldwin. But to hurl the epithet "Brokeback Alec" at him – at an actor who was married to, and had children with Kim Basinger, who has had any number of relationships with any number of starlets -- to call him "Brokeback Alec" is as nutty, as counterintuitive and just plain silly, as to hurl that ["faggot"] epithet against Edwards!

[Sullivan responds]: Mark Levin anti-gay? I listened to the exchange. Levin called Baldwin a "butt-boy" as well as "Brokeback Alec."

This is hilarious! Well, OK, pathetic. But it reveals the priorities and reasoning abilities of lightweights like Hannity and Levin when they feel they have to call in to a talk show to hurl nonsensical names at an actor. (BTW, "30 Rock" is really funny most of the time. It's a TV sitcom. Starring Alec Baldwin. I hope Hannity and Levin will call in to randomly question Jim Belushi's sexuality the next time he does promotion for "According to Jim." Then they can go on Ellen DeGeneres's show and accuse her of having a hankering for man-flesh!).
Advertisement

What Hannity and Levin and other celebritalkers don't get is that they themselves are just celebrities, famous for being on TV or radio. (And, I suspect, some acting talent.) If Toby Young's "revolution" ever comes about, they'll be the first ones to go -- not because they're "A-list" (they're certainly not), but because, like Paris Hillton or Zsa Zsa Gabor, they're famous just for being famous. They're at the bottom rung of celebrity along with reality TV personalities (maybe above William Hung but below Rob and Amber), yet their entire careers depend on them pretending to be serious ideologues. (Except for Rush Limbaugh, who admits to just being an "entertainer" who makes stuff up in character that he's not stupid enough to actually believe himself. Is that worse?)