The End of "The Road" 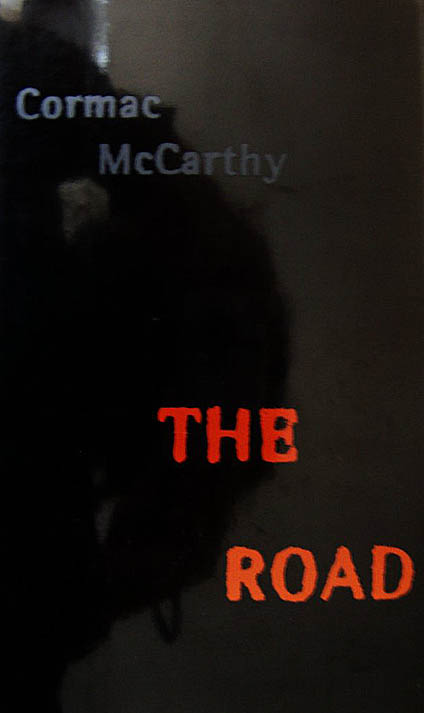 "The Coen brothers may have chosen wisely, however, in choosing 'No Country for Old Men' to film. It's filmable. I don't know if audiences could endure 'Blood Meridian' if it were filmed faithfully. As for 'Suttree,' imagine 'Huckleberry Finn' crossed with 'Under the Volcano.'" -- Roger Ebert

Cormac McCarthy is the new Jane Austen. His "No Country for Old Men," which read to me like a Coen brothers' piece just waiting to be shot, has indeed been made into a film by Joel and Ethan Coen, and it blew away the critics at the 2007 Cannes Film Festival. The twisting tones -- dark humor, elegiac wistfulness, manic violence -- suggest an ideal match of literary and cinematic sensibilities.

"Blood Meridian" is set to be directed by Ridley Scott. I share Roger's apprehension about what a "faithful" adaptation would be like, but Scott -- the man who prettified the West so cloyingly in "Thelma and Louise" -- seems like the wrong man for the job, whether the goal is to make an authentic movie version or even a glossy, ersatz one. (I think Scott shot his wad after "The Duellists," "Alien" and "Blade Runner," and should have returned to his strong suit, directing perfume commercials.)

And Variety has reported that McCarthy's most recent novel, the 2007 Pulitzer Prize-winner "The Road," is to be adapted by Joe Penhall ("Enduring Love") and directed by John Hillcoat ("The Proposition," which some critics compared to McCarthy).

The eminent literary critic Harold Bloom admits he couldn't get through"Blood Meridian" on his first two tries because "the sheer carnage of it, though it is intensely stylized, is nevertheless overwhelming." I have had a similar experience with the book, which (especially next to "The Road") struck me as overwritten and laboriously "poetic." I confess that, in my two attempts so far, I haven't (or "havent") been able to ford past the first hundred-and-something pages of "Blood Meridian," because I've found the logorrheic style and the relentless agony and grotesquerie described on every page numbing. (That and the fact that the book seems to be composed almost exclusively of nouns and adjectives. It's about a journey, but feels utterly static -- which may indeed be The Point.) Having succeeded in getting through it on his third try (and successive ones), Bloom now regards it as one of the best American novels. I rode on and rode on, but I never arrived there.

But I want to talk about "The Road" -- which I read first, and which is written in a spare, cryptic style that's roughly 180 degrees from the florid "Blood Meridian." (Of course, the very fact that I read "The Road" first may contribute to this impression.) Like most great works of art, it's ambiguous, and can be read in any number of ways, all of which may make partial sense. Its setting is clearly "post-apocalyptic," but I've seen reviews and articles that say it takes place after a nuclear holocaust, in "nuclear winter," yet that is by no means clear-cut. If McCarthy had wanted to spell it out, he could have done it in just a few words. But he didn't. He keeps the story locked in on the (nameless) man and the boy, with rare and telling exceptions.

[Obviously, you should read no further until you've read "The Road" -- which I urge you to do at once.]

"The Road" is a story and a metaphor -- about the course of a life, and especially about storytelling. There are indications that nuclear weapons have been detonated (a flash in the sky, clocks stopping at 1:17, fires devouring the land, animal and vegetable life nearly extinguished). But there doesn't seem to be any radioactive fallout. Most bacteria seem to have died (corpses and apples on the ground don't rot, they just dry out), but gut bacteria still help digest food, and the man is careful to avoid cans of food that are swollen or otherwise tainted. If it were merely (merely?) a worldwide nuclear disaster, and the temperature and atmosphere could still support human life, plants would still grow and seeds would germinate, even under dust-gray skies. So what is it? The aftermath of a meteor, like the one that extinguished the dinosaurs and so much other life on earth? Or is the earth itself somehow dying from the inside, extinguished at the core?

But that's all beside the point. I bring it up just to illustrate the book's haunting ambiguity. There's a paragraph on page 74 that nearly made me jump out of my chair, because it shifts (for the first and only time in the book) from the third-person to the first-person. This follows an episode in which the boy thinks he sees another little boy and the man loses track of him for just a brief time. Both of them see a dog. Then comes this:

The dog that he remembers followed us for two days. I tried to coax it to come but it would not. I made a noose of wire to catch it. There were three cartridges in the pistol. None to spare. She walked away down the road. The boy looked after her and then he looked at me and then he looked at the dog and began to cry and to beg for the dog's life and I promised I would not hurt the dog. A trellis of a dog with the hide stretched over it. The next day it was gone. This is the dog he remembers. He doesnt remember any little boys.

This paragraph is almost like that moment in Chantal Akerman's "Jeanne Dielman," when a tiny gesture out of the ordinary hits you like an earthquake. (Side note: People routinely say that McCarthy does not use apostrophes or other punctuation. Wrong. He uses apostrophes and commas sparingly ("dog's" but not "doesnt"), and uses periods and question marks like everybody else. Not many colons, though, and no semi-colons.)

So, the paragraph above makes you ask: Who the hell wrote that? Which, in turn, makes you wonder who wrote the story you're reading. Is it an omniscient third-person narrator? Or is the man writing the book in the third person, the way he says he tells stories to the boy? Is this, perhaps, an editorial afterthought, a note scribbled in the margin by the man (or someone else) at some point? (The man says he avoids telling the boy about the old world, because to invoke it was also to invoke its loss. Besides, "How does the never to be differ from the never was?" He even tells the boy to be glad of nightmares, because they meant he was still struggling to survive: "He said the right dreams for a man in peril were dreams of peril and all else was the call of languor and of death." This book is the anti- "Life Is Beautiful" (1998).)

Another key paragraph -- significantly, one about storytelling -- occurs in darkness when they seem to have reached the end of the road, the lifeless ocean. In the blackness, the only the part of the road in front of the man is visible. This, from p. 220, may be the very heart of the book:

He got up and walked out to the road. The black shape of it running from dark to dark. Then a distant low rumble. Not thunder. You could feel it under your feet. A sound without cognate and without description. Something imponderably shifting out there in the dark. The earth itself contracting with the cold. It did not come again. What time of year? What age the child? He walked out into the road and stood. The silence. The salitter drying from the earth. The mudstained shapes of flooded cities burned to the waterline. At a crossroads a ground set with dolmen stones where the spoken bones of oracles lay moldering. No sound but the wind. What will you say? A living man spoke these lines? He sharpened a quill with his small pen knife to scribe these things in sloe or lampblack ? At some reckonable and entabled moment? He is coming to steal my eyes. To seal my mouth with dirt.

I've never read a more chilling and mysterious paragraph. It seems to conjure the very origins of myth and storytelling. Can it be that a "living man" once carved those petroglyphs? And is the story we're reading the last myth of the past? Or the first myth of the future? Set down by a nameless figure in an age of darkness between one world and another?

What to make, then, of the fact that the story continues after the death of the man? Who's ambiguously "happy" ending is this? The man's? The boy's? The hand of some other editor? The boy appears to find a surrogate father (after three days -- no explicit Christian allegory, please), and is taken into the bosom of a complete family (father, mother, sister, brother) at last. Or is that just an deathly illusion, the unreliable vision of an expiring consciousness? And what about that stunning final paragraph?

Once there were brook trout in the streams in the mountains. You could see them standing in the amber current where the white edges of their fins wimpled softly in the flow. They smelled of moss in your hand. Polished and muscular and torsional. On their backs were vermiculate patterns that were maps of the world in its becoming. Maps and mazes. Of a thing which could not be put back. Not be made right again. In the deep glens where they lived all things were older than man and they hummed of mystery.

Advertisement
Near his birthplace, the man was visited by a memory like this (on p. 25): "He stood on a stone bridge where the waters slurried into a pool and turned slowly in gray foam. Where once he'd watched trout swaying in the current, tracking their perfect shadows on the stones beneath."

I loved this book so deeply I feel like I want to write a book about it. Every page, not just these three key passages. Somehow that final paragraph seems comforting to me -- if not exactly optimistic. (I originally read as that "Once there were" as referring to a time far in the future, long after the narrative.) Life on earth has been wiped out, things made wrong that could not be made right again. And yet, in the maps and mazes on the backs of trout, who lived where "all things were older than man," was an indelible (living) record of the world in its becoming. And the world, with or without man, is always in its becoming.

(That last thought reminds me of another book I want to read: "The World Without Us," a work of speculative nonfiction -- how's that for a genre? -- about what might happen if humans were suddenly wiped off the planet and everything else went about its business.)

Got some thoughts on "The Road" -- or Cormac McCarthy in general? Please comment.