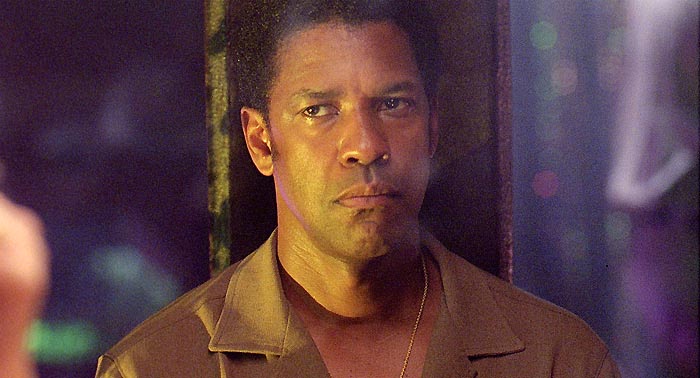 Richard Corliss at Time presents his choices for "The 25 Most Important Films on Race. "The films span nine decades, and reveal a legacy that was tragic before it was triumphant." More about the list after the jump, but the following passage from RC's intro struck a chord with me:

We need to examine the history of blacks in film to appreciate their deep roots. [Sidney] Poitier, [Will] Smith and Denzel Washington, all radiating a manly cine-magnetism, are the sons of Paul Robeson, who was the first great black movie star — or would have been, if Hollywood and America hadn't been steeped in racism. Richard Pryor and Eddie Murphy, the top comedy stars of the 80s, have a strange, subversive ancestor in Stepin Fetchit, America's first black millionaire actor.

Both Corliss and Odie Henderson (aka Odienator) take personal approaches to examining black film history, and so far (Odie is on his 11th consecutive day of a month-long "Black History Mumf" series) they haven't even overlapped much. Odienator has written, analytically and often nostalgically, about the Hudlin Bros.' Kid 'n' Play comedy "House Party" (1990), "football players-turned-actors, "Schoolhouse Rock," actress Diana Sands," Eddie Murphy's "Coming to America" (1988), Joseph Mankiewicz's "No Way Out," (1950) with Sidney Poitier and Richard Widmark, the opening credits of Spike Lee's "Crooklyn" (1994), "Sparkle" (1976), "The Jeffersons" and "Good Times" and the one with my favorite headline: One Drop of Black Cinema: Joel Schumacher. That's just the beginning.

But back to the rest of that paragraph from Corliss, and a few things I'd like to explore: Does Stepin Fetchit still get a bad rap? Are Richard Pryor and Eddie Murphy (and maybe figures as diverse as Martin Lawrence, Tyler Perry, Dave Chappelle, Chris Rock) part of his legacy, perhaps along with some gangsta rappers? And if Denzel Washington is a cinematic descendant of Paul Robeson, does his perceived nobility limit him in certain roles? As Owen Gleiberman wrote in his Entertainment Weekly review of "American Gangster": "Washington might be playing a senator, or Malcolm X all over again; his performance is smooth, confident, and more than a little familiar. Even as a gangster, he doesn't transform — he doesn't release his inner thug. He's still every inch Denzel, all dour nobility."