Shmashmortion in the age of Bush 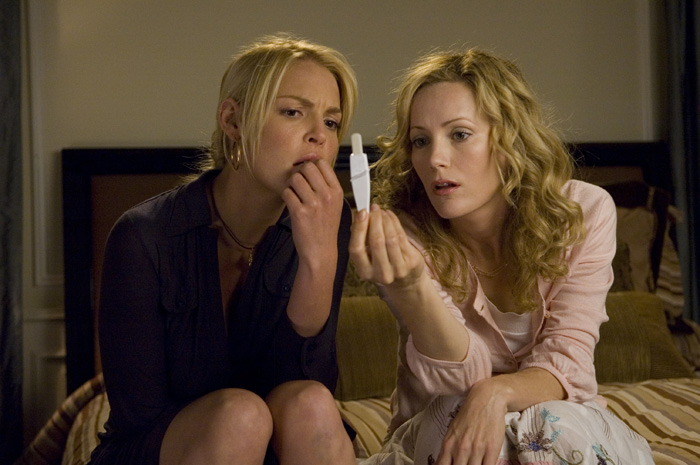 Is the "a-word" still mentionable?

In A.O. Scott's review of "Knocked Up" in the New York Times, he expressed admiration for "a funny, knowing riff on the reluctance of movies and television shows even to use the word 'abortion.'" I thought that was one of the most brilliant bits in the movie, and not just because it emphasized the entertainment industry's squeamishness about the "a-word," but because it also captured men's unwillingness to interfere with (or face up to) "a woman's right to choose," and the way abortion has been swept under the carpet by the new right-wing Political Correctness. No longer is abortion considered a difficult and regrettable personal choice; the new PC has restored the shame and guilt from the old Scarlet Letter days of back alleys and coat hangers. That's one of the things I think "Knocked Up" was satirizing: Don't mention abortion! (The Bush administration cuts funding to any family planning counseling facility, in Africa and elsewhere, that acknowledges abortion as an option for women.)

In the Genuine Canadian Magazine (says so right on the cover) cinema scope, Associate Editor Jessica Winter offers this take:

As funny and endearing as Judd Apatow’s proudly vulgar new comedy can be, it may give the viewer nostalgia for the sequence in "Fast Times at Ridgemont High" (1982) when Jennifer Jason Leigh falls pregnant by a guy she shouldn’t be with, promptly gets an abortion, and rides back from the clinic with her brother, who takes her out for a cheeseburger. And that’s it: no apparent self-torment, no post-facto breakdown, no further discussion. Twenty-five years later—plus a nationwide swing to the right, the founding of Operation Rescue, and that deathless Ben Folds Five song—"Knocked Up" presents us with a similarly unpromising scenario: smart twentysomething who just got a big career break has inadvertently fruitful one-night stand with unemployed shlub. Yet in this case, abortion is only briefly suggested by third parties and dismissed out of hand. That’s not to say that the outcome is unrealistic: When Allison (Katherine Heigl) bursts into tears at the sight of the heartbeat on the sonogram, it’s obvious that ending the pregnancy simply isn’t an option for her—just as bearing a child simply isn’t an option for Leigh’s teenage character in "Fast Times." Still, when the closest a movie like Knocked Up comes to even saying the word is “rhymes with shmashmortion,” it’s clear that we’re considering less a depiction of life as actual people live it but rather a pop-culture product that embodies the squeamish contradictions of the mainstream moment a little too accurately. This is a movie, after all, in which Allison always has sex with her bra on but we get an extreme close-up of the baby’s head inching through Mom’s conspicuously bald vagina. Who knew the miracle of childbirth could be liberated from the dark shame of pubic hair?

Winter says that we can "blame the MPAA" for the missing pubic hair.

How will the movies handle -- or avoid mentioning -- abortion once the Supreme Court overturns Roe v. Wade, I wonder?