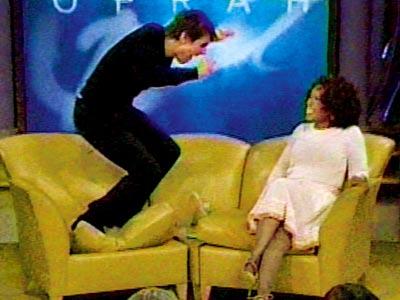 Besides giving away a Cruise bobblehead — make that a "bobble-couch," depicting the star in full Oprah couch-jumping mode — the San Diego Padres' Class-A affiliate will celebrate the "silent birth" of Tom and Katie Holmes' baby, Suri, with a "silent inning," during which no batters will be announced and no music played. "Silent birth," a Church of Scientology teaching, specifies no music and no talking during the birth.

Other planned activities include a couch-jumping contest, a Scientology information and sign-up booth and a retrospective of Cruise's movie career.

The Storm's opponent? The High Desert Mavericks, of course. No doubt in honor of Cruise's character in "Top Gun."

Next week: The Adelanto Operating Thetans take on the Yucaipa Cocktails.