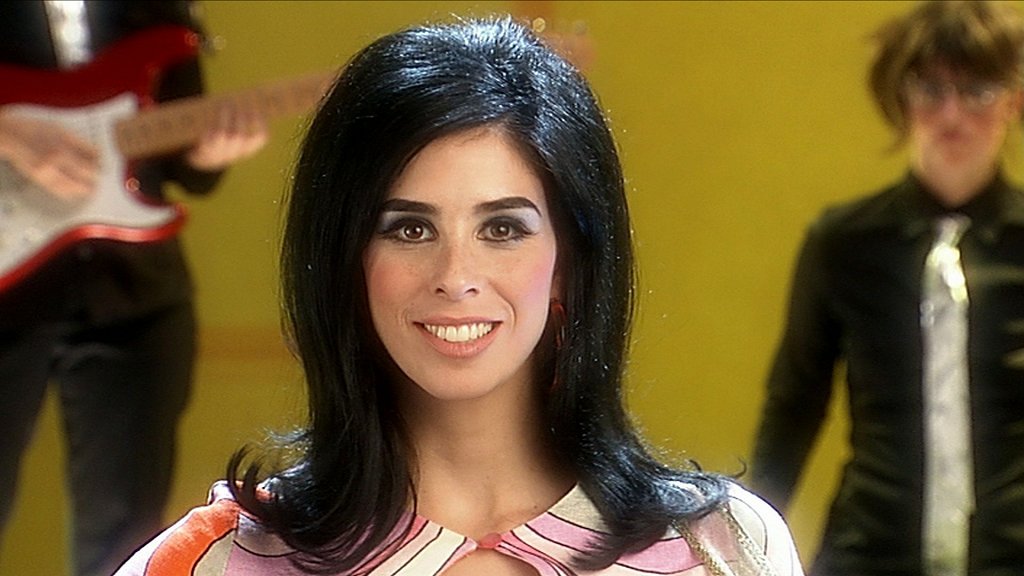 I love Sarah Silverman and A.O. Scott all the more for this, from today's New York Times:

While most actors are reluctant to discuss critics’ opinions of them, Ms. Silverman addresses them head on, particularly a 2005 review of “Jesus Is Magic” by A. O. Scott, a film critic for The New York Times.

“It totally hurt my feelings and was like a kick in the stomach,” but, she said, she found it fascinating.

“She depends on the assumption that only someone secure in his or her own lack of racism would dare to make, or to laugh at, a racist joke, the telling of which thus becomes a way of making fun simultaneously of racism and of racial hypersensitivity,” he wrote. In short, he added, “naughty as she may seem, she’s playing it safe.”

Ms. Silverman said the review articulated a point that she had felt, but had been struggling to express. “That was something that always festered in the back of my mind that I never talked about,” she said. Her crowds are usually liberal ones, “and we know we’re not racist,” she said. “But the whiter the crowd, the more that kind of voice in the back of my head comes toward the front, and I feel grosser doing that kind of stuff.”

“At the very least, it’s made me assess the choir,” she continued. “Context is everything, and I don’t think he would be pondering all that stuff if I was doing the material in front of an all-black crowd or a very mixed crowd,” which, she said, she regularly does.

Still, she added, she is reassessing at least part of her work.

“It was rebellious to be politically incorrect now and in the past couple of years,” she said. “But I don’t know how rebellious it will be when everybody has that point of view. It becomes hackneyed and it becomes irrelevant and it turns into something else.”

I've been arguing for several years now that, especially since 9/11, "political correctness" has evolved into a mostly reactionary phenomenon. The lefty PC that began as a way of showing sensitivity to minorities and those who had been discriminated against for years (women, the disabled, etc.) eventually turned into a form of monolithic, euphemistic denial of reality, where questioning was verboten and anything that could be interpreted as doubt or dissent was denounced as "fascist." Now we see the same thing coming from the right. The terminology has changed but the brainwashed thinking hasn't.

The inevitable backlash to liberal PC came in the form of the right-wing, talk-radio rebellion, in which uppity women were "feminazis" and liberals were "terrorist sympathizers" (even when they were too timid and spineless to oppose the administration's foreign policy blunders, which, ironically, flagrantly violated traditional conservative principles). Fox News took the talk-radio attitude mainstream, appealing to its viewers' PC biases so that it appeared, at least to the network's partisans, "fair and balanced." (If somebody already sees the world in black and white, and you show them a black and white image, they won't notice it's not in color.)

Anyway, even though I was a fan of Silverman's "Jesus Is Magic," I appreciate Scott's warning about where this is all going in the era of so-called "'South Park' Republicans." And I admire Silverman for questioning her own (and her audiences') underlying assumptions, as well.