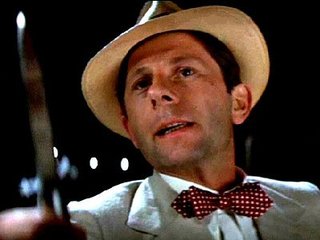 "You may think you know what you're dealing with, but believe me, you don't." -- Noah Cross, "Chinatown"

Roman Polanski gets under people's skin. Not just his movies, but there's something about him that dredges up deep, dark, disturbing feelings. I hope you've seen Marina Zenovich's 2008 documentary "Roman Polanski: Wanted and Desired" (trailer below), the biographical film that recounts the sex charges brought against Polanski in 1977, the resulting media melee, his guilty plea to a lesser charge of unlawful sexual intercourse with a minor, and his escape to France before sentencing. Watching the film, you may find yourself feeling a little like Rosemary Woodhouse, disoriented by the bleeding together of dreams, paranoia, irrationality, ambition, drugs, sex... and movies. ("This is really happening!") The tagline for the doc was "The truth couldn't fit in the headlines" -- and that's the case now, too.

I've read that some are now defending the director,¹ arrested in Zurich on a 31-year-old warrant after fleeing the United States to avoid sentencing in 1978, by proclaiming his genius. That he's a great artist is irrelevant, of course. Geniuses break laws, too. The weird thing is, I have yet to encounter anyone who actually claims that artistry excuses criminality (though some have edged up to it), only those who protest that it does not. But Polanski's behavior is one of the few things in this case that is not in dispute. He long ago admitted what he did. As "Wanted and Desired" shows, that's only the beginning of the story...

Polanski's judge, Laurence J. Rittenband, now deceased, was by some accounts a grandstanding starf**ker who was more concerned with putting on a good show than with applying the law or meting out justice. Neither the prosecutor nor the victim believed -- then or now -- that Polanski should have served time, but the press and public wanted him locked up. 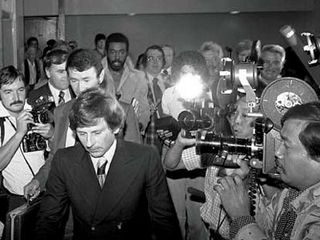 What I found most provocative and disturbing about "Wanted and Desired," though, was its depiction of the ways in which Polanski's perverse playboy image, his work, and his lifelong proximity to horror, also weighed into his prosecution. His mother had died at Auschwitz. His pregnant wife was slaughtered by the Manson Family. Polanski himself was regarded by many as "an evil, profligate dwarf" (Polanski's own words, from his autobiography) -- looked upon with suspicion for having escaped death in the Holocaust (what kind of bargain with the devil did he strike to survive in the Kraków Ghetto?) and openly accused of complicity in the Manson murders of Sharon Tate, Jay Sebring, Wojtek Frykowski and Abigail Folger. Though Polanski was in London at the time of the killings, conspiracy theorists posited that he surreptitiously flew into LA for the evening, assisted in the butchering his wife and friends, then immediately returned to the UK undetected. After all, this was the man who had made "Rosemary’s Baby," "The Tenant," "Chinatown," "Macbeth," "Repulsion"...

Only a few came right out and openly accused Polanski of forging an alliance with satan, but many more couldn't help but feel he was somehow tainted by his association with death and depravity, on-screen and off. He had been tried and convicted in the court of public opinion years before he ever faced legal charges. The actual allegations of criminal conduct (and it was a crime in California, if not in France) seemed to confirm what many already felt they knew.

Los Angeles assistant district attorney Roger Gunson, trying his hand at film criticism for his prosecution of the Polanski case, noted that the director's movies often involved scenes of sexual violation over water,² which he tied to the hot tub at the scene of the crime between Polanski (doing a photo shoot for French Vogue) and his 13-year-old model, Samantha Gailey/Geimer. 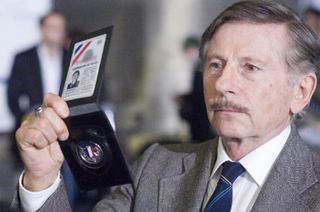 Does any of this matter? Not as far as the law is concerned. Polanski pleaded guilty to a crime and then fled punishment when the judge abruptly threatened to renege on his side of the agreement -- though not until after Polanski had been incarcerated in Chino State Prison for a 90-day psychiatric evaluation (he was released after 42 days) to determine if he presented a danger to society.

To this day, both Polanski's defense attorney and the prosecutor believe the judge behaved erratically and unethically because he was more concerned with his own image (and public pressure) than with the law. In 1997 they went before another judge and tried to get the case resolved, without requiring Polanski to serve any additional jail time. Geimer, now in her mid-40s, has repeatedly said she wants "closure," that she's "forgiven" Polanski, and has filed a formal request that the charges against him be dropped. In a 2003 essay in the Los Angeles Times she wrote:

We pressed charges, and he pleaded guilty. A plea bargain was agreed to by his lawyer, my lawyer and the district attorney, and it was approved by the judge. But to our amazement, at the last minute the judge went back on his word and refused to honor the deal.

Worried that he was going to have to spend 50 years in prison -- rather than just time already served -- Mr. Polanski fled the country. He's never been back, and I haven't seen him or spoken to him since.

Looking back, there can be no question that he did something awful. It was a terrible thing to do to a young girl. But it was also 25 years ago -- 26 years next month. And, honestly, the publicity surrounding it was so traumatic that what he did to me seemed to pale in comparison. [...]

What he does for a living and how good he is at it have nothing to do with me or what he did to me.

So, does any of this matter? Again, not as far as the law is concerned. In that last sentence, Geimer was talking about Polanski's Oscar nomination for "The Pianist" -- a film about a Polish-Jewish artist surviving in the Kraków Ghetto. The film won Academy Awards for director (Polanski), actor (Adrien Brody) and adapted screenplay (Ronald Harwood / Wladyslaw Szpilman).³ But the adult Gelmer's words may shed some indirect light on the current situation, too. 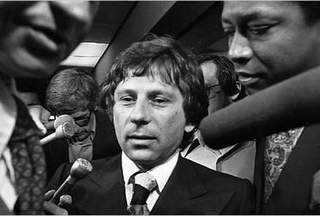 "Forget it, Jake..."? Not likely. This is a spectacle, which requires an audience as much as the audience requires the spectacle. And American audiences resist ambiguous, unresolved endings. We demand moral clarity, even when it's unlikely that any can ever be found. Those of a categorical philosophical bent will say that rape is rape, and that's all there is to it. Utilitarians will say that the solution that would bring the greatest happiness to all concerned would be to drop the charges and let Polanski come and go freely to the U.S. whenever he likes.⁴ So, some are already alleging that Polanski got away with rape (at least for the last 31 years), and others claim he was unjustly persecuted because he was an outsider, a Jew, an artist, a celebrity. If some sort of reckoning is at hand, it's going to be decried as unsatisfactory by many, no matter how you slice it. Justice is rarely blind. And that's not going to change, because these perceptions can all be true -- and all be false -- at the same time. Comforting, isn't it?

"Most people never have to face the fact that at the right time and the right place they're capable of anything."

By their extraterritorial nature, film festivals the world over have always permitted works to be shown and for filmmakers to present them freely and safely, even when certain States opposed this.

The arrest of Roman Polanski in a neutral country, where he assumed he could travel without hindrance, undermines this tradition: it opens the way for actions of which no one can know the effects.

Meanwhile, Debra Winger made a statement on behalf of the Zurich Film Festival jury:

This fledgling festival has been unfairly exploited and whenever this happens the whole art world suffers. [...]

We came to Zurich to honor Roman Polanski as a great artist but under these sad and arcane circumstances we can only think of him today as a human being uncertain of the year ahead. His life has always informed his art and it always will.

I'm not sure what to make of that last sentence in this context.

² Overtly in "Knife in the Water" and "Rosemary’s Baby," for example... and, figuratively at least, in "Chinatown."

³ Best Picture Oscar-winner that year? "Chicago." You may puke to your left.

⁴Yes, I've been "auditing" Michael Sandel's Harvard political philosophy course "Justice" online, so this stuff is fresh in my mind.

P.S. Comedians and columnists are having as much fun with this now as they did in the 1970s. Joke from Vince Mancini, about the filmmakers' petition in Polanski's defense: "The first signatory they list is Woody Allen. Said Polanski, 'Dude, you're not helping.' "

Next Article: Polanski déjà vu in Vancouver Previous Article: Corn goes in one end and profit comes out the other

Corn goes in one end and profit comes out the other