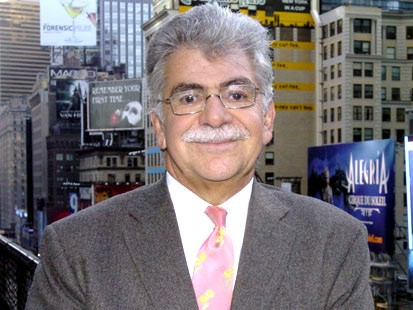 Although I didn't approve of the way "Good Morning America" movie reviewer Joel Siegel reportedly walked out of a screening of Kevin Smith's "Clerks II" last summer (announcing: "Time to go! First movie I've walked out of in 30 [effin'] years!"), I realize now that Siegel -- who was diagnosed with colon cancer in 1997 -- was speaking as a man for whom life was, indeed, too short and too precious to waste on cruddy movies. (Even though we may not share the same definition of "cruddy.") Mainly, I just liked that he cared enough to say "NO!" Roger Ebert shares some thoughts on Siegel, who died Friday at age 63:

His cancer spread, then went into remissions, and his friends received regular medical updates. There were four kinds of e-mails from Joel: (1) Good news; (2) Bad news; (3) Encouragement involving your own problems, and (4) Jokes. Mostly we got jokes. If all else had failed, Joel could have been a stand-up comic; in early days, he was a joke writer for Robert Kennedy. On the other hand, he ran a voter registration program for Martin Luther King, Jr., in Macon, Georgia.

The rest of Ebert's piece is at RogerEbert.com, along with some of Siegel's own advice for cancer patients.