Reality and fiction in 'Borat' 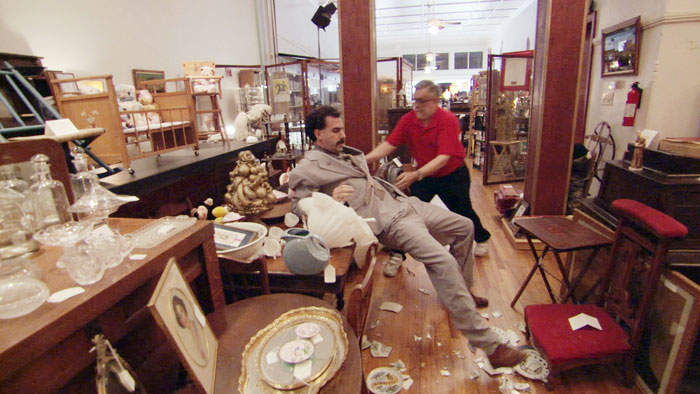 Yes, they were fully paid for damages.

Salon has a work-in-progress round-up of the stories behind various staged and/or improvised scenes in "Borat." (See Comments discussion below.) Here's one I was particularly curious about:

David Corcoran, the most outspoken of the three [University of South Carolina Chi Psi frat boys], spoke with FHM about the experience. "This guy said they were filming a Kazakh reporter who wanted to hang out with frat guys," Corcoran said. "They met 10 of us and I guess chose the three who wouldn't recognize Borat." The producers paid for the three men to drink at a bar, and then had them get in the RV and "pick Borat up ... as if he was hitchhiking." Once in the RV, he says, Borat showed them naked pictures of his sister and confessed to beating women.

Two of the guys -- identified in court filings only as John Doe 1 and John Doe 2 -- are now suing 20th Century Fox and One America Productions, the production company behind the film. The suit claims all three were told at the time that the film wouldn't show in the U.S. and their identities would be kept secret. They're seeking unspecified damages for "humiliation, mental anguish, and emotional and physical distress, loss of reputation, goodwill and standing in the community."

Can these guys sue themselves? Will they call Mel Gibson as a character witness?
Advertisement