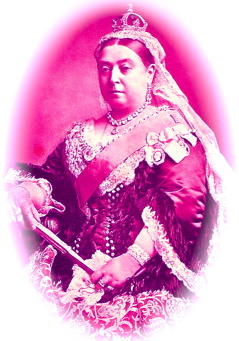 As far as I can tell, this is not Pauline Kael.

"The hot-pants Queen Victoria of American film criticism, Pauline Kael has now paid the debt of nature, providing the obituarians with the opportunity to finally top off their 35-year outpouring of ardor and awe. Never before has a film critic's living reputation sent so many scrambling for encomiums, and never has a film critic's passing left so many media mouths so verklempt. Don't expect it to ever happen again: Kael reigned supreme as film culture's fiery, maenadic Mrs. Grundy—what will she say?—during that culture's most fecund and dynamic day, which has long gone the way of film clubs, the Monthly Film Bulletin, Luis Bunuel, and the Bleecker Street Cinema."

Letter in response to the above:

Michael Atkinson is certainly entitled to hate Pauline Kael's work. But what in the world did the late film critic, who died on September 3 at the age of 82, do to deserve such a gleefully hateful ''obituary'' ''As the Lights Go Down,'' September 18? The late New York Times film critic Vincent Canby wasn't subjected to this sort of slander in his Voice eulogy. Then again, Canby was a man--and it's the fact that Kael was a woman that evidently sticks in Atkinson's craw. How else to explain his descriptions of her as a ''maenadic Mrs. Grundy,'' a ''high priestess,'' ''the wolverine bitch,'' a ''hot-pants Queen Victoria,'' and ''a miniature tigress with gray hair and barbed tongue.'' Or Atkinson's ridiculous contention that Kael's ''relentless eminence'' was, in part, a result of her gender. Does he honestly think that Kael became celebrated because she was a woman? Does anyone?

Michael Atkinson replies: I don't ''gleefully hate'' Kael or her writing, but the national brown-nosing performed upon her at the perpetual expense of much wiser critics has been absurd. Canby never garnered such overripe praise, and saying so doesn't imply he deserved to. As for Kael's sex, guess what: The American media got off on her doughty-dame public profile, as her unprecedented (for a film critic) eulogization demonstrated. Pick a knee-jerk gender fight if you want, but her writing still isn't all it's been cracked up to be.