Opening Shots: 'Withnail and I' 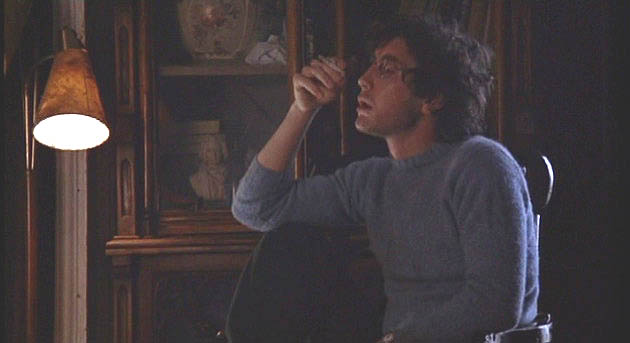 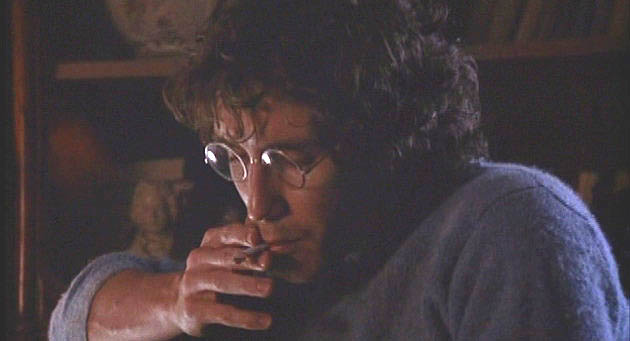 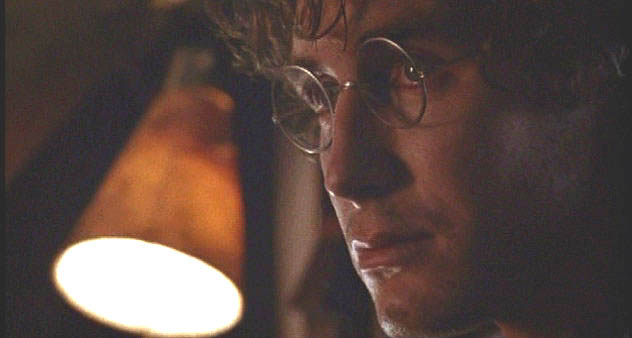 The first shot of "Withnail and I" is deceptive in its simplicity. As the camera opens on the eponymous "I" of the title, obviously depressed and downtrodden, we see a 30-something-man at the end of his tether, drowning in angst; both literally and figuratively, trying to breathe. A desk lamp, the single light source, and the books and notepads scattered over a desk in front of him betray the possibility that he is a writer. The rest of the furniture has that all-too-familiar aura of the maudlin British middle class. All this, combined with the sluggish zoom of the camera and the melancholy use of the last ever King Curtis live performance of "A Whiter Shade of Pale" by Procol Harum, presents the audience with an irrevocable feeling of denoument. Almost as if this is the final shot of a film and not its first.

But that's the point. "Withnail and I" is a testament to human solitude, and it achieves this by being about endings. The first shot is but a harbinger of what is to come: we will witness the end of Withnail and "I's" friendship, we will witness the end of "I's" squalor and Withnail's delusions of grandeur, but most importantly, we will witness the end of the sixties: an era in which people genuinely believed that they could do anything, if only they got together and embraced each other. (The film's most improbably touching line comes from the affable dealer Danny: "They're selling hippie wigs at Woolworth's.") By the end of the film, that gravid opening shot of "I" trying to breathe, trying to survive, and why, are all given whole meanings.

JE: Very nicely done, Ali. This is such an atmospheric shot, establishing, as you say, a mood of depression and anxiety. We immediately want to know why this poor soul is so tormented. Of course, we soon learn that "I" is tripping, and that one of the reasons he's freaking out is because of his roommate Withnail's sociopathic (and psychopathic) withdrawal from the nightmarish external world. But, of course, "I" is the same way, and the two are like a pair of facing mirrors, reflecting each other's misanthropic personalities (and drug-induced madness) into infinity. Let's say, at this point in the film, it's pretty clear these guys live in their own mutual private world, and that the insularity of their existence (you can almost smell the suffocating odor of mildew, dust, dried alcohol stains and dirty dishes in that apartment) has them bringing out the worst aspects of each other's paranoia and disgust with humanity. And it such a funny movie! (Co-starring Richard Griffiths, now a sensation on Broadway in "The History Boys.") I think Bruce Robinson's "How to Get Ahead in Advertising" is equally brilliant and horrifyingly funny.