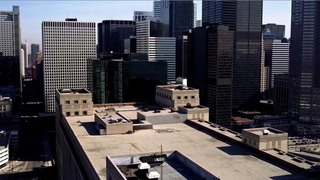 The corporate logos are deep blue and black: Warner Bros., Legendary Pictures, DC Comics. Then, out of a silent explosion of blue flames and black smoke, the familiar Batman shadow appears. Cut to bright afternoon daylight. The camera glides with surreal smoothness above a recognizably real American cityscape, over the rooftop of a large, squat building toward a cluster of shiny glass skyscrapers. This is not the forbidding, neo-Gothic Gotham City we expect to encounter at the beginning of a Batman movie, a densely stylized urban forest of inky comic-book noir. It's almost like Phoenix at the start of Alfred Hitchcock's "Psycho" (1960): Anywhere, USA. 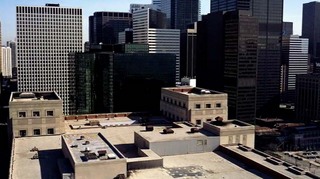 And that may well be the idea: The camera closes in on a colossal mirror, a wall of tinted windows in the side of a building. What are we looking for? How much closer can we get before something has to happen? (Where's the helicopter? You'll catch a glimpse of it at the far left, just at the moment your eye is distracted by an exploding window near center frame.) For a fraction of a second we may wonder about the fate of the people inside the room, and the pedestrians on the street below who are about to be showered with bits of glass. But before that can quite register we're on the other side of the blown out window with a pair of clown-masked gunmen. This is part of some diabolical plan... which turns out to be a bank robbery in progress. (See other notes on this shot, and the rest of this sequence, here.) Turns out, the building we've just passed over is the most important element in the shot; the glass wall is just a means to an end. Smoke and mirrors... 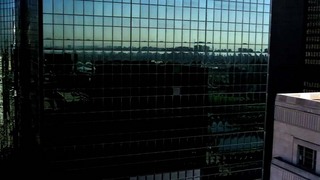 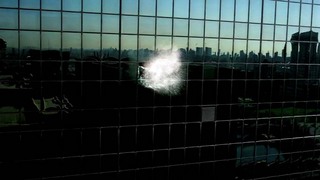 I had no idea where "The Dark Knight" was going to take me from here, but I had a smile on my face by the end of the first shot, just because of the way it had overturned my expectations of how a Batman movie should begin. (I'd forgotten a similar special-effects shot of Chicago-as-Gotham, following the L along the river to the Wayne Building in the previous movie, 2005's "Batman Begins.")

The movie will play with windows throughout, and with the idea of the city as a perilous stack of window frames -- each one a perch from which you can view some aspect of Gotham, or from which a body might plummet: a Batman lookalike slamming into the mayor's face, with only a pane of glass between them; the Joker shattering a penthouse window and pushing Rachel through it; a line-up of fake Jokers-behind-glass in an unfinished tower... 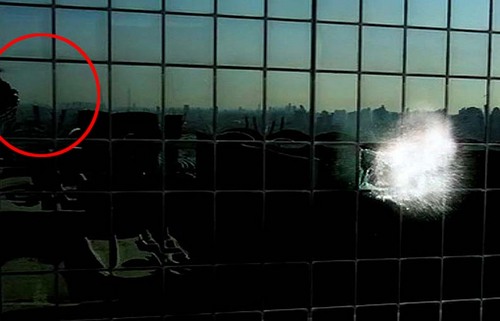