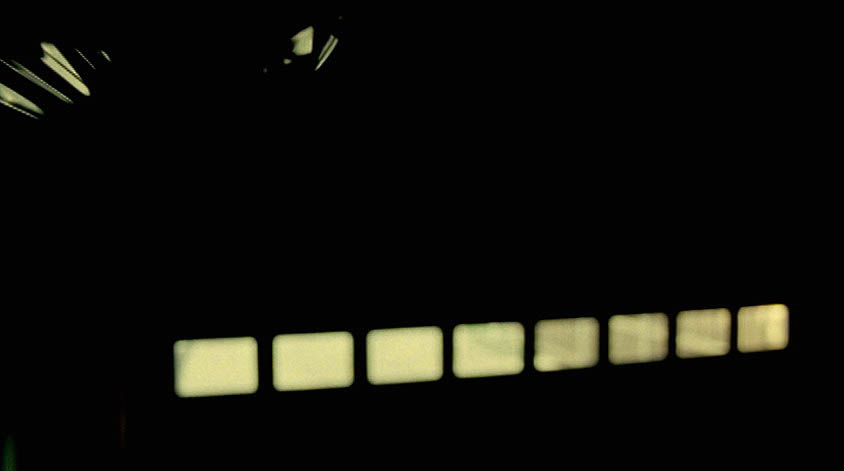 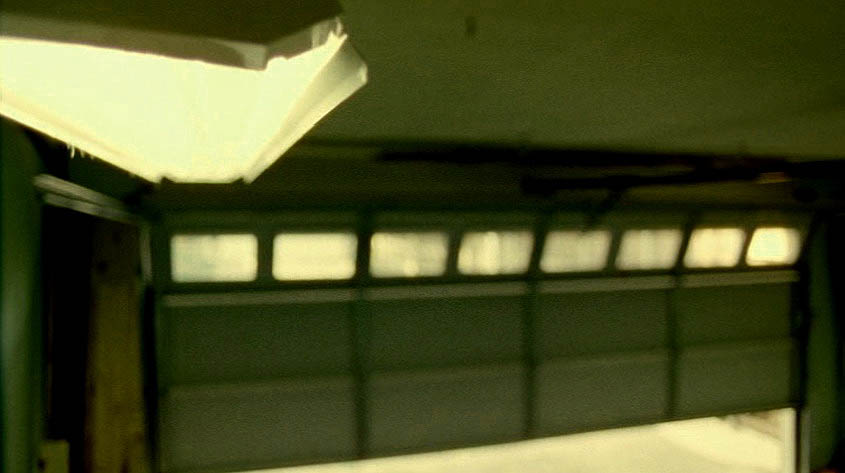 Shane Carruth's ingenious "Primer" (2004) offers a textbook example, if you will, of a "What are we looking at?" opening shot. Linear and rectangular or trapezoidal patterns of light dot the dark screen. Then the irregular, vaguely chevron-shaped object at the top of the frame flickers, illuminates, and... we see we're inside a residential garage, near the ceiling, looking at the door, which begins to lift to the accompaniment of odd, but still somewhat familiar, electronic and metallic/mechanical sounds. Even once we know what it is, something about it feels like science fiction -- as though this door were opening up to a new dimension or something. The next shot orients us: a more conventional exterior establishing shot, showing the grinding, squealing door from the outside and four young men walking into the space. This is the (twisted, inside-out) story of these garage-based tech entrepreneurs, and they won't understand what they're seeing, either, when they accidentally invent and/or discover something incredible in that unassuming structure. Or, maybe, they already have... -- JE