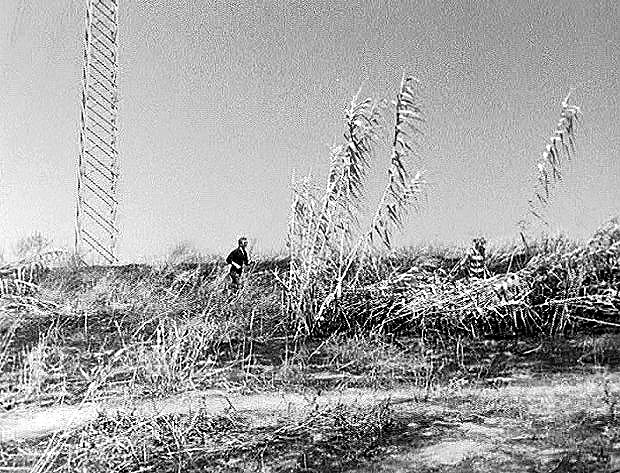 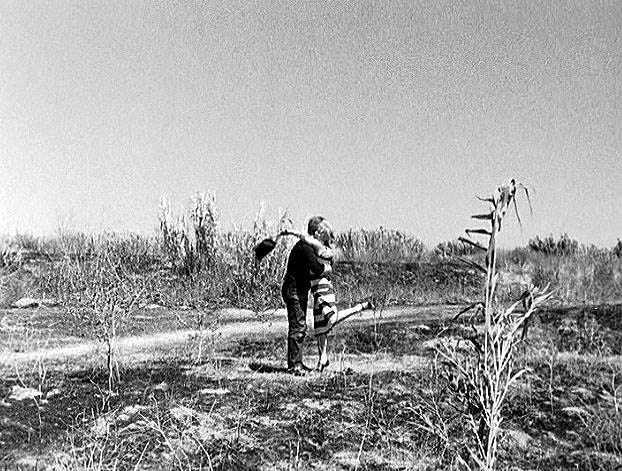 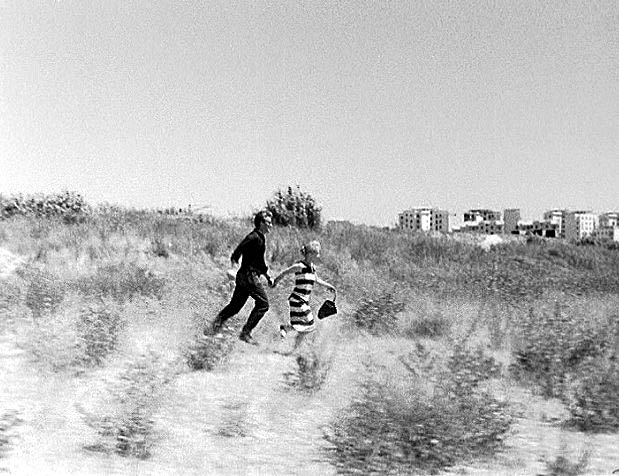 The opening scene in Federico Fellini’s greatest film presents a pattern that will be repeated in the story of Cabiria, a shrimpish streetwalker who is as feisty as she is gullible. She and her boyfriend of the moment, Giorgio, scamper across a vacant field in front of some appallingly character-less Roman apartments. She’s happy and uninhibited, but he seems impatient and calculating. As they approach a canal, he grabs her purse, shoves her in the water and runs away. A small boy hears her cries, and he and his friends rescue her just as she’s about to drown. Several adults join the rescue party, gracelessly turning her upside down as they expell the water she’s swallowed, and finally she starts breathing again. Offended and embarrassed by the kindness of strangers, she walks off in a huff.

Life rarely gets better for Cabiria, who doesn’t have much more luck in her dealings with celebrities, religion or a theatrical hypnosis session in which she bares her soul for an audience of still more strangers. Played with tremendous spirit by Fellini’s wife, Giulietta Masina, she has a habit of falling for traitorous losers, throwing money at them, then waking up to find herself surrounded by people she's never met. The opening scene is almost a prophecy, yet it's never depressing because Cabiria doesn't know how to give in to despair. In the end, she achieves a state of grace in the midst of her most ruinous folly. 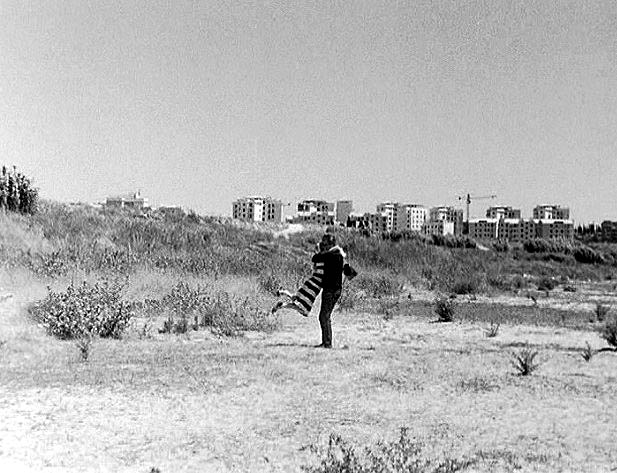 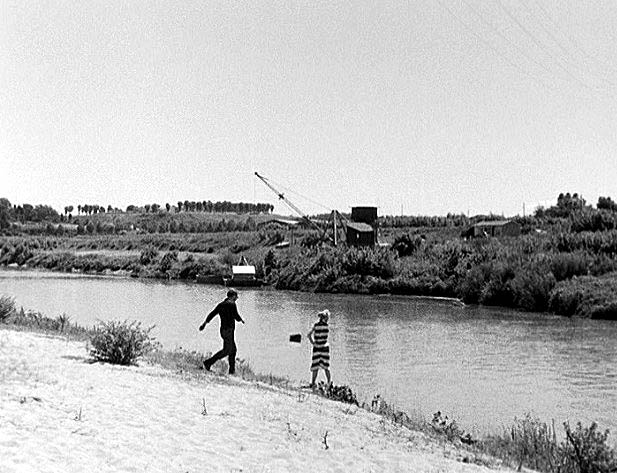 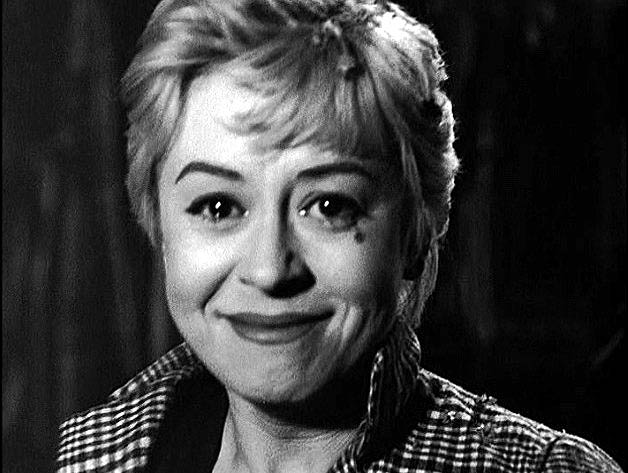 JE: Thanks, John, for such a beautifully written description. The opening shot, which ends just before the medium shot in which the young man looks around before grabbing Cabiria's purse and pushing her into the water, is even more lyrical (and subtly apprehensive) than I remembered. First it's a simple pan to the spot where Cabiria and the man stop, she playfully pushes him over, and then they help each other up and embrace. Then the camera tracks them across an open space as they run, hand in hand, and stop again. The camera is still as he picks her up and twirls her around. Next he points to the river and tells her to go there. From here, the camera pans (but does not dolly) as she goes to the banks of the river, swinging her purse, leaving him out of the frame until he rejoins her. Fits and starts, twists and sweeps, joy and frustration, love and betrayal -- yet stubbornly lurching forward. As you say, that just about sums it all up for Cabiria's story... right up to the famous final sequence where she picks herself up, walks down the road, surrounded by swirling young dancers and musicians, and smiles (now in close-up) into the camera, through her tears.