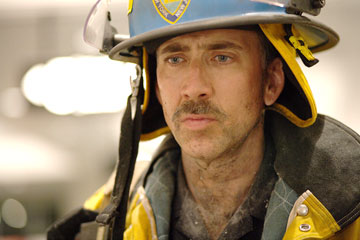 I'm still trying to figure out what to make of Oliver Stone's "World Trade Center" (and what kind of movie Stone and Paramount thought they were making), but in the meantime I have an essay looking at the shape of Stone's career over at MSN Movies today: "Exile in Stonesville." In part, it's a "Whatever Happened to...?" piece, looking at how a director who once grabbed the zeitgeist by the horns now seems so irrelevant, a relic of the 20th century. But my primary thesis is that he's a reactionary filmmaker with a reputation as a political "liberal." Excerpt:

"JFK" probably represents the peak of Stone's career and reputation -- and it was about as subtle and nuanced as he ever got. Which is to say, it wasn't. And though his name became synonymous with paranoia and liberal politics, he never quite fit the double-bill. Stone may be a hysteric, but his moral and artistic instincts are hardly progressive. They're old-fashioned and deeply reactionary -- the work not so much of a visionary as a vigilante. [...]

[M]acho Stone was never a "bleeding-heart liberal" any more than George W. Bush was a conservative, compassionate or otherwise. Compare, say, the attitude toward big, intrusive, centralized government -- the litmus test of true conservatism -- in Stone's films with Bush's record and Stone comes out looking more reliably conservative than the president.