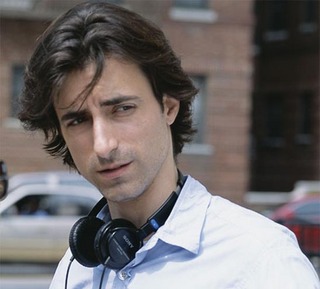 I didn't want to mention this whole thing, and Vadim Rizov has already done a fine job of going over the history of Armond White's critical ad hominem attacks on Noah Baumbach movies here. Publicist Leslee Dart (who did not "ban" White from screenings of "Greenberg" -- but she originally moved him to a later one) did mention that White had called Baumbach an "asshole." ("You look at Noah Baumbach's work, and you see he's an asshole. I would say it to his face," he told Steven Boone at Big Media Vandalism. "... I don't need to meet him to know that. better than meeting him, I've seen his movies.")

Dart also noted that White had said Baumbach's mother, former Village Voice film critic Georgia Brown, "should have had an abortion." And, you know, people just expect that kind of thing from White. But did he really say that?

Lots of people seemed to remember it, but from where? Was it on Leonard Lopate's radio show? (Maybe.) Was it in an interview? (Couldn't find one online.) A review? (I found myself googling "armond baumbach abortion" just to satisfy my morbid curiosity.)

Well, somebody at the Village Voice finally got themselves to a library and dug up White's June 3, 1998, New York Press review of Baumbach's "Mr. Jealousy," which concludes thusly:

I won't comment on Baumbach's deliberate, onscreen references to his former film-reviewer mother except to note how her colleagues now shamelessly bestow reviews as belated nursery presents. To others, "Mr. Jealousy" might suggest retroactive abortion.

UPDATE (03/10/10): A Mr. White (no relation) provides some context in a comment at Some Came Running: An exchange between Armond White and Georgia Brown in the letters section of the Village Voice in 1996. AW: "Ego means never having to say you're sorry, tasteless, and racist."

Glenn Kenny (in a post referencing the Sex Pistols) thinks he sees some writing on the wall, too:

Call me crazy, but I feel like a fundamental change in the way his colleagues view White is underway. For years this bully has been getting the benefit of the doubt, or an out-and-out pass, from people who ought to know better. As the little "Greenberg"-screening soup opera went on, and it became increasingly clear that the whole kerfuffle was more or less invented by White in a sad-sack screech for attention, the benefit of the doubt was withheld, and eventually withdrawn. Good.

White denies ever saying that Baumbach's mother should have aborted him. "Reading the English language, I am not calling for him to be aborted," White told HollywoodNews.com. "But (Hoberman) decides I am calling for Noah's abortion. He sides with the mob. What a jerk."

Arguing semantics at NY Press: "The debate is especially comical since Armond White is often defending the Catholic church (read his review of The DaVinci Code if you don't believe me) and most people of faith and would probably not come out in favor of abortion."

David Edelstein says White's hate is pure: "But I must take exception to the charge that Armond's attacks are solely based on antipathy toward Baumbach's mother, the former Village Voice critic Georgia Brown, rather than on Baumbach's own aesthetic."