I've been enjoying reading Dave Kehr's book, When Movies Mattered: Reviews from a Transformative Decade, a selection of pieces he wrote between 1974 and 1986. One of them, his choice for best film of 1976, is a review of Alfred Hitchcock's 53rd and final feature, "Family Plot," which I hadn't seen since the 1970s. Boy, did I enjoy the re-visit. The structure (screenplay by Ernest Lehman ["North by Northwest"], based on a 1972 novel, The Rainbird Pattern, by Victor Canning) concerns two couples: a "spiritualist" and her taxi-driver boyfriend (Barbara Harris and Bruce Dern), amateur sleuths trying to track down the lost heir of a rich client; and a pair of slick jewel thieves (Karen Black and William Devane, who sounds -- and sometimes looks -- so much like Jack Nicholson it's scary!). Their plots intersect at a point involving a case of... not mistaken identity, but concealed identity.

Kehr wrote: "There are things in 'Family Plot' that we haven't seen in an American film in a long time; things like care, precision, and detail. 'Family Plot' is probably the most beautifully crafted, thematically dense film that we're going to see this year."

Also, there are some fun Hitchcockian puns/jokes (DK has a lovely account of the spilled white "blood" that becomes a clue). Here are a few of them, just for the enjoyment of it: 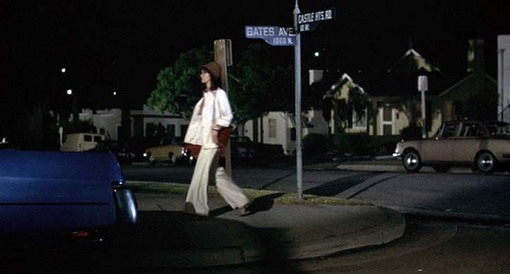 Off the main highway, definitely... 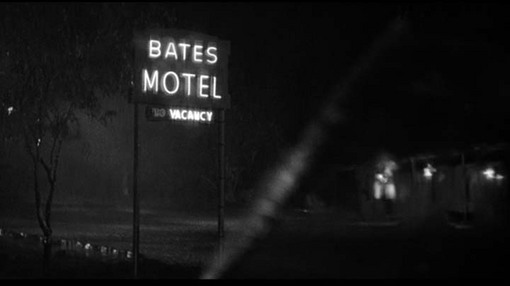 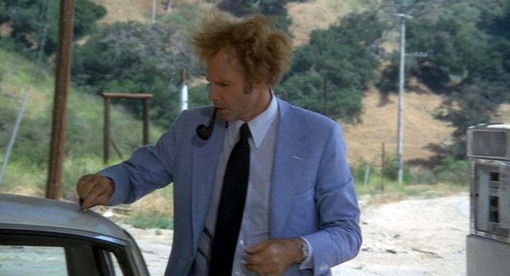 Gas station attendant to Bruce Dern: "You better watch it with the matches." Yeah. Hasn't he seen "The Birds"? 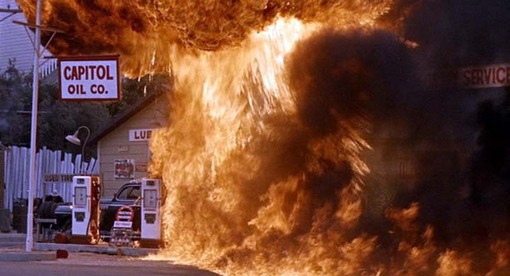 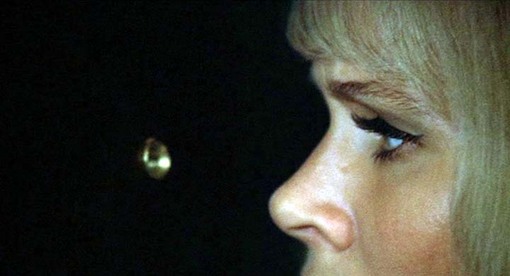 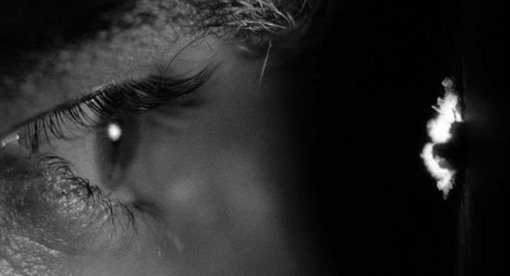 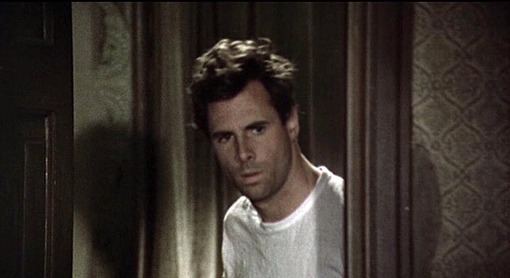 Above: Bruce Dern as a memorable overnight visitor in "Marnie" (1964). Below: Bruce Dern as one of the leads -- an actor/taxi driver/amateur detective -- in "Family Plot," 12 years later. 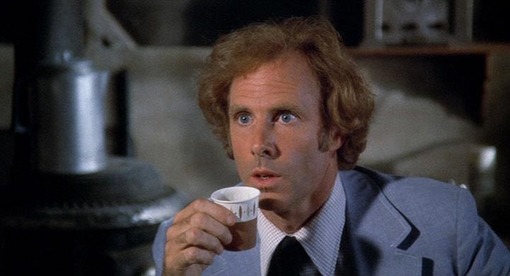 And here's one that looks forward instead of back: Hitchcock blondes, from Hitch himself in 1976, to Brian DePalma ("Dressed to Kill") in 1981... 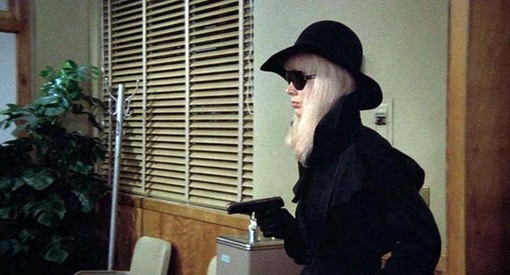 Above: Barbara Harris was also handed the ending of one of the great American movies, Robert Altman's "Nashville," just the year before (though DK* is not fond of that one!). Below: The last shot from the last Hitchcock feature film. The lighting actually shimmers as Harris sits down on the staircase, and it's magic. 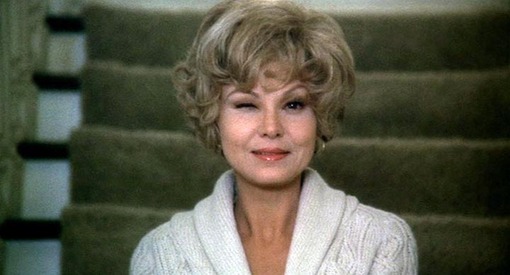 "Family Plot" is a movie filled with more incidental brilliancies than there's room to mention -- the kidnapping of a bishop before a church filled with penitents, a slow chase through the Mondrian pattern formed by the paths of a graveyard, etc., etc. At once, it's a film of remarkable richness and remarkable economy. Not a single detail -- a garden hose hung on a basement wall, for example -- is placed without significance. I doubt that a dozen viewings would reduce its fascination one bit. "Family Plot" is made in a style that many will find anomalous or old fashioned. But if the exercise of care and craftsmanship is out of style -- which it seems to be, judging from the reception that a mess like "Nashville" can get -- then that's our loss, not Hitchcock's.

Of course, I'd argue that Altman exhibits another kind of care and craftsmanship -- one that is very different indeed from Hitchcock's, and with different aims and different effects. It don't worry me... 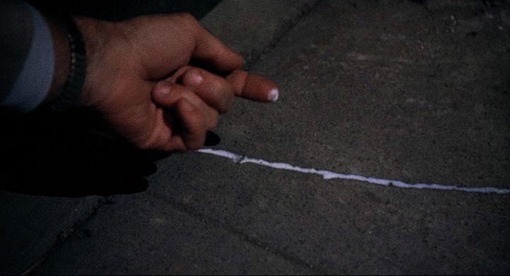