Give me irony or give me offense! 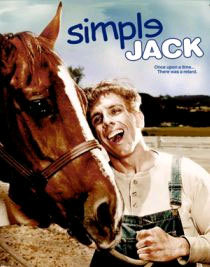 The award winner for best short film at the 2007 US Comedy Arts Festival (now known simply as The Comedy Festival) was "My Wife Is Retarded," starring Gary Cole, Sean Astin, Leslie Bibb, Phyllis George and George Segal. It was written and directed by Etan Cohen, co-writer of "Tropic Thunder." Other than that, all I know about it is the IMDb plot description: "A man learns the secret behind his perfect marriage."

Are you offended yet? I can't say if I am, because I haven't seen the movie. If the premise is that an intellectually disabled woman is the ideal spouse, or that all women are intellectually disabled, well... I might find that deplorable, depending on how it's presented. Is the movie advocating that point of view? Is it "joking" the way R--- L------- used to about "feminazis," implying that a woman's place is in a coma? Is it the husband who wishes his wife was intellectually impaired? Does she feel like that's what her husband expects from her? There are so many conceptual approaches you could imagine for a movie of that title, some of which seem to offer comedic possibilities, and others that are maybe not-so-promising. But you never know until you actually see it. And, for some people, not even then.

Meanwhile, groups of like-minded people get riled about "The Last Temptation of Christ" and "Dogma" and "The Passion of the Christ" and "Borat" and "South Park." If I were to lead a protest it would be against people who get offended by the wrong movies! (Please note the unsubtle use of irony here, as in: "The only thing I can't tolerate is intolerance.")

Whenever I hear about a group protesting or boycotting a movie, as certain organizations claiming to represent the mentally disabled (whom the organizations themselves formerly called "retarded") are doing with the lightweight Hollywood spoof "Tropic Thunder," it takes me right back to Randy Newman's "Short People." This song, a bouncy radio hit in 1977, was a field experiment in just how stupid people can be. The finding: They can be very stupid. "Short People" begins:

The song goes on to describe the deplorable shortcomings of the height-impaired, including their tiny appendages and their well-known penchant for spreading outlandish fabrications. In case that wasn't obvious enough, Newman even included a saccharine bridge:

But no. Some people don't have a clue even when you give them the answer. In 1978 he legislature of the mighty State of Maryland introduced a bill to ban the playing of "Short People" on the radio. It failed. This is even funnier when you recall how tiny Maryland is and that radio stations from Delaware, Pennsylvania, Virginia, New Jersey, the District of Columbia and who knows how many other states could easily be picked up within Maryland's borders. The next year, the legislature tried to ban wind from entering the state. They failed. (Not really.)

I brought up this parallel in a reply to comments about a Sarah Silverman post in January, 2007:

I see the point that some people may take Silverman's material at "face value," and not understand the attitude behind the words. Some people honestly thought Randy Newman's song "Short People" was an attack on persons of diminutive stature. What're you gonna do with people like that? Smart comedy is always going to go over some people's heads (is that shortist?)... I wouldn't worry too much that they don't get the joke because, after all, how many jokes DO they really get?

I want to revise that: Dumb comedy is also going to go over some people's heads. Such as the folks who thought "The Running of the Jew" in "Borat" was anti-Semitic because, well, wasn't the protagonist expressing anti-Semitic views?

If you do satire or parody, you have to expect there will always be fools who will take it literally. Those people are called "literalists." And there ought to be a law against them.