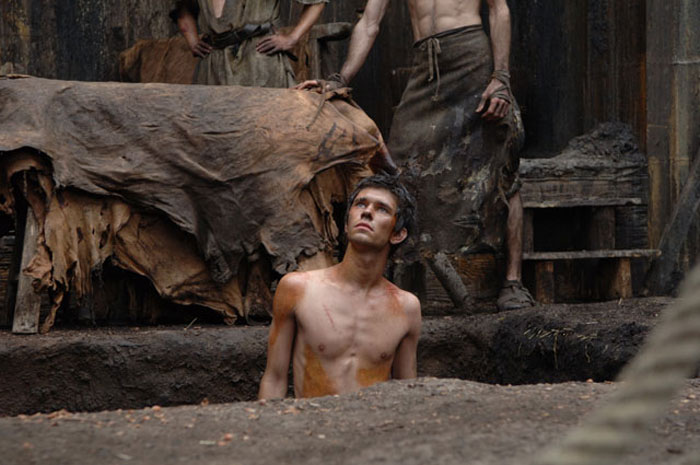 Ben Whishaw in a stinky place in "Perfume."

Roger Ebert on "Perfume: The Story of a Murderer": "Why I love this story, I do not know. Why I have read the book twice and given away a dozen copies of the audiobook, I cannot explain. There is nothing fun about the story, except the way it ventures so fearlessly down one limited, terrifying, seductive dead end, and finds there a solution both sublime and horrifying. It took imagination to tell it, courage to film it, thought to act it, and from the audience it requires a brave curiosity about the peculiarity of obsession."

Jim Emerson on "Letters from Iwo Jima": "In both his films, Eastwood empathizes with the "expendable" soldier on the ground, the "poor bastard" who is only a pawn in a war conceived by generals and politicians, some of whom have never come anywhere near a battlefield or a combat zone. And Eastwood fully commits to a boots-on-the-ground POV: The raising of the American flag, presented as a routine, off-hand task to the soldiers in "Flags of Our Fathers" (2007)(and which would have remained that way if a photographer had not been present), is only glimpsed obliquely from afar by the Japanese in "Letters from Iwo Jima." Life or death, heroism or folly: It all comes down to which side you're on, and which piece of ground you're occupying, at any given moment in the battle."