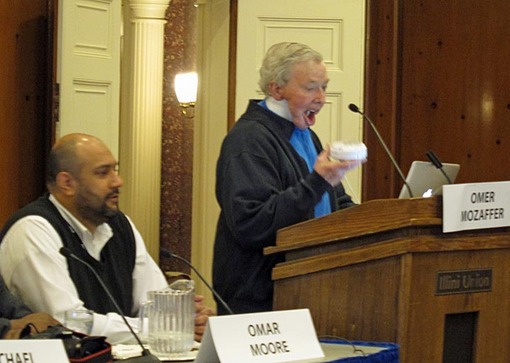 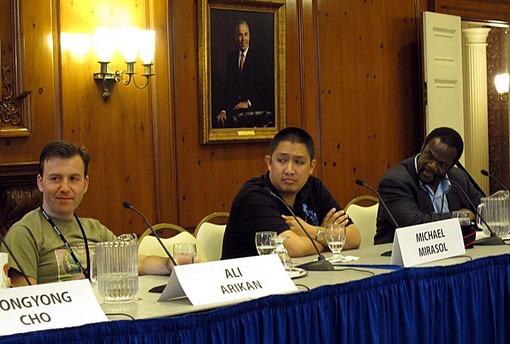 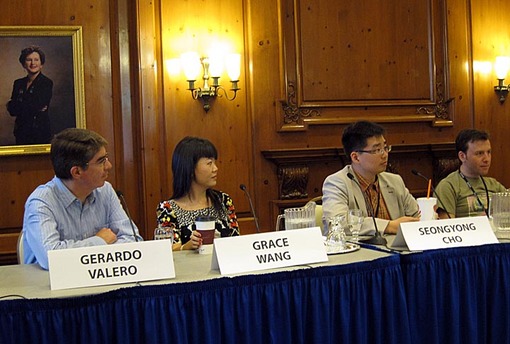 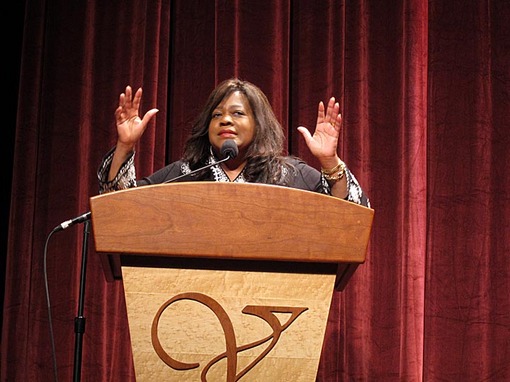 Chaz Ebert welcomes another audience to the Virginia Theater. 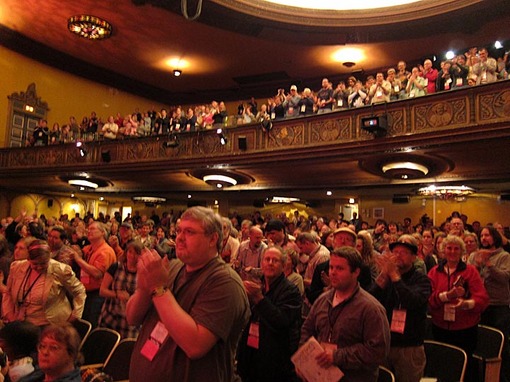 The audience welcomes Japanese director Yojiro Tokita after a screening of his Oscar-winning comedy-weepie, "Departures." 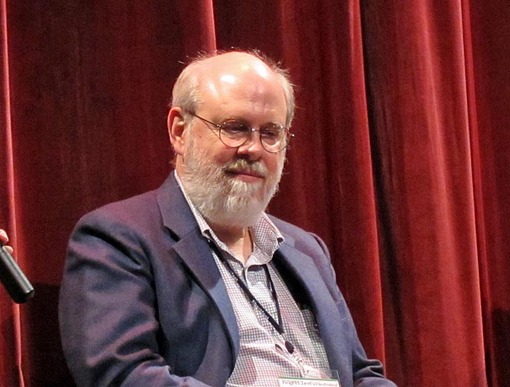 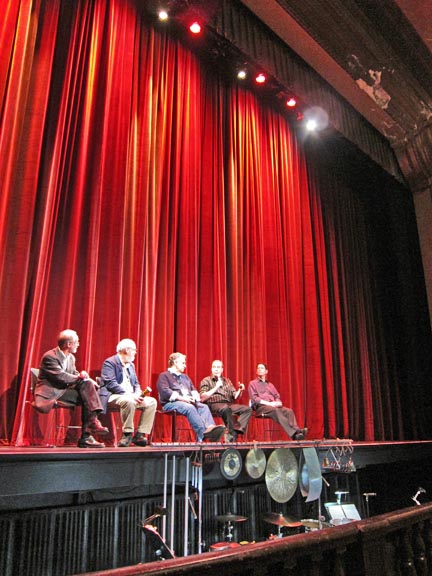 All photos by jim emerson

A taste of today's tweets (most recent at top):

RT @aliarikan Roger just presented Charlie Kaufman with a Golden Thumb for Synecdoche for best film of the decade.

RT @SunsetGunShots Tonight #ebertfest: Synecdoche, New York. Is That All There Is To A Fire? http://tinyurl.com/2ajswar

Alloy Orchestra setting up for Man with a Movie Camera. http://yfrog.com/13r0ejj "Departures" - like a Bill Forsyth comedy that evolves into Capra or Bozage weepie: death, food, seasons, ritual...

Egyptian correspondent [Wael Khairy] eluded volcano and is on his way from O'Hare!

Foreign panel: Piracy/torrent may be only option for var. reasons: Diving Bell & Butterfly, Brokeback Mt., Singin' in the Rain

@aliarikan: Most popular film among young people in Istanbul is probably "Eternal Sunshine of the Spotless Mind."

David Bordwell: Distinction between film as medium and film as form. E-books are still books. Q from audience: Has the term "film" become like "dial tone," where people don't really understand what it means?

Live-streaming a panel from the Illini Union. http://yfrog.com/iyjikj

D.Bordwell: There's something interesting to learn or be said about nearly any film if you know how to ask the right questions.

Panel: Do film students need to know the classics? History teaches experience, options. No need to reinvent the wheel.