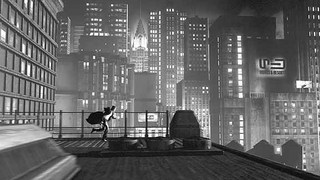 I've been hearing from some disgruntled comic-book and superhero fans that they think critics have a prejudice against the genre. Or genres. I think there's a distinction to be made between comic-book, graphic novel and superhero movies (though, obviously, certain pictures overlap categories). So, I thought I'd do a little (and I mean a little) research to see if I could discern a trend. I did, and it was a pretty clear one.

So I sampled a few titles at RottenTomatoes and MetaCritic. Not that these sites should be considered the ultimate authorities on such matters, but they do give some indication of a movie's critical reception. Here's what I found:

So what does this tell us? All these movies -- no matter what their comic-book sources -- received more positive than negative across the board. Except for the "Fantastic Four" movies, which could be seen as the exception that proves the rule. In general, critics seem to overwhelmingly approve of the current crop of comic-book, graphic-novel and superhero movies. But they don't suspend their critical standards for them.

So, what's behind this idea that critics dislike them? The titles on this list were the first that came to mind. Am I missing something (I mean, besides "Catwoman" and "Daredevil")? (I've now added "X-Men" and "Fantastic Four," which did slip my mind last night.)

On a related note: From Roger Ebert's catch-up review of "300," based on a Frank Miller graphic novel (I liked my headline: "Spartan Special at CGI Friday's): "'Sin City,' directed by Robert Rodriguez and Miller, is film noir, my favorite genre, taken to the extreme. '300,' directed by Zack Snyder, is ancient carnage, my least favorite genre, taken beyond the extreme." All comic-book, graphic novel and superhero movies are not created equal. And maybe the reasons we like or dislike them has nothing to do with their pulpy origins, but with the success or failure of the filmmakers to do justice to those origins.

Gotham (aka Chicago) is the biggest and most prominent character in "The Dark Knight," gleaming spectacularly in nearly every scene. It does not look anything like the formidable designs of Anton Furst's Gotham for Tim Burton. Both are awesome in their own ways. The question will always be: What do they contribute to the movies? How do the characters populate these cityworlds? Some movies choose to look almost like panels leaping off the pages of a book; others to integrate their heroes into an otherwise naturalistic world. "Dick Tracy" is set in a world so far from "Batman Begins" that they hardly seem to be on the same planet. Yet they're both derived from comic/graphic novels. It's the movie that matters, not the original source.