Continuing to argue for the irrelevance of my own opinions

If I had to make a Charles Foster Kane-like "Declaration of Principles" for Scanners (and if I haven't already done that sometime in the last seven years, then maybe I should), it would include such fundamental tenets (all-too-familiar to regular readers) as:

* Whether somebody "likes or dislikes" something is not something anyone else can do anything about, and therefore is not a fit subject for criticism.

* Neither is speculation about somebody's motives for "liking or disliking" something. All that matters is what they say, not what you guess their motivation is for saying it -- just as all that matters to criticism is what's in the movie, not what you imagine the filmmakers' intentions were. Is it there, or not? If it is, it can be talked about. If it isn't, when where's the evidence? Even speculation has to be based on something.

* A movie is always to some degree about what happens to you as you are watching it. (Which means, the questions and suppositions and emotions you have are part of the experience.)

* Ad hominem (and other simpleminded logical fallacies and propaganda techniques) are not meaningful or legitimate forms of argument or criticism. Study them, learn them, recognize them, avoid them! (See Judge Reinhold, "Fast Times at Ridgemont High.")

* "Everyone is entitled -- even encouraged -- to geek out on anything they like, whether it's horror or science-fiction or art house movies or superhero movies or films from a certain country or movies you've never heard of. That's in the Constitution, I think. (Well, if wingnuts can make up things to go in there, why not me, too?)

* If a critic's verdict isn't the least interesting thing he/she has to say about a movie, then he/she probably isn't a very good critic. (See A----- W----, where it's all about staking out a contrary position without bothering to offer actual evidence.)

Sometimes I deliberately to hold back on expressing my opinions because I've learned how hard it is for some people to get past it to the meat of the argument (i.e., the actual evidence in the movie). But some find that tactic distracting, too; they focus on trying to decipher my real opinion. To which I invariably wonder: "Why would anyone care about my opinion if they don't want to understand how I arrived at it?"

Hence the Daniel Dennett quotation above right: "There's nothing I like less than bad arguments for a view that I hold dear." Without a valid argument, you cannot be right, you can only be irrelevant. In a reply to a recent comment, I thought I got about as pithy as I get in expressing why nobody should care about my opinions (or anyone else's) -- only the evidence:

All film criticism (all writing, all filmmaking) is, on some level, autobiography, don't you think? I remember David Thomson talking about it that way in the intro to his first edition of "The Biographical Dictionary of Film." What somebody notices, finds of interest, and chooses to write about can't help but be determined by who they are and what they bring to the movie. It's personal -- but, as I always say, it has to be rooted in specific observations of the movie itself. Otherwise it's like we're all talking about our own dreams. Close observations of the movie give us common ground for discussion.

There. I said it (again). But shorter. So, to those who claim that "nobody cares what critics say" (sometimes including, mysteriously, the word "anymore"), I reply: "Nobody cares that nobody cares what critics say, so get over it!" The point of my previous post, "The Avengers & the Amazing "Critic-Proof" Movie," was to examine what people (especially studio execs) have long meant when they used the term "critic-proof." I would say there are any number of meanings the term might have, but I'm not offended by any of them. There's a tautology about criticism (I think it's a tautology) that is true: Movie criticism only matters to people who care about movie criticism. Anything wrong with that? 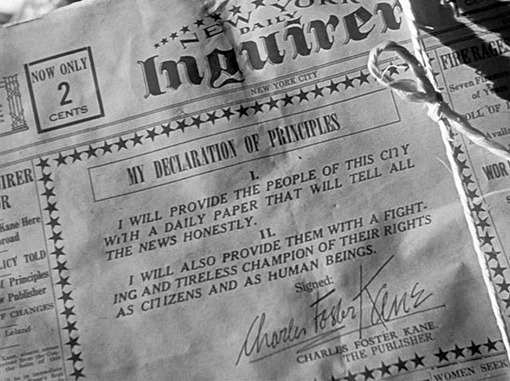