Bud Uglly: Back to the Future 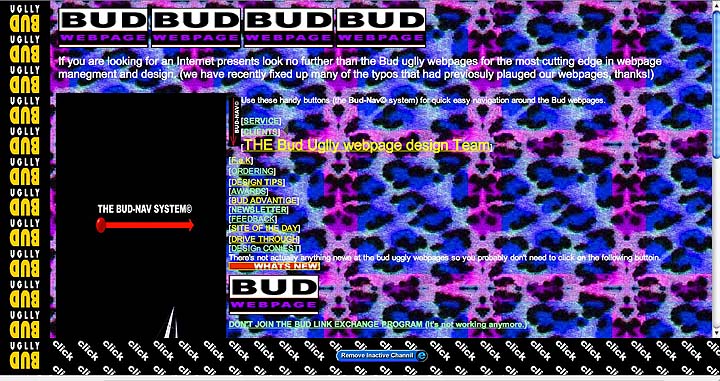 (For The Reeler's Totally Unrelated Blog-a-thon.)

In the mid- to late-1990s, the heyday of Dan's Gallery of the Grotesque and Justin's Links From the Underground (the infamous proto-blog), one of the funniest and most distressing sites on what was then called the World Wide Web (even before the unfortunate, now-extinct phrase "trip-dub") was Bud Uglly. 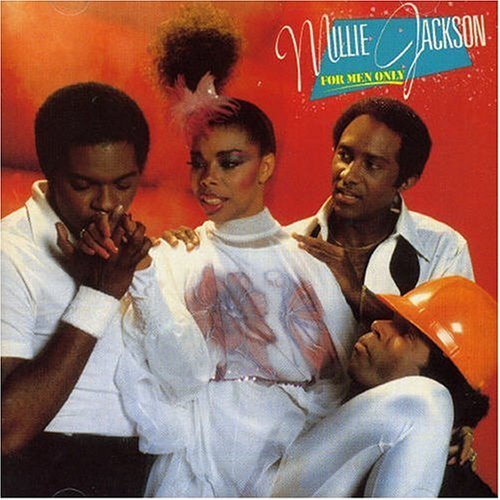 It took forever to load, it was excruciatingly cumbersome in every way (the exclusive Bud-Nav System© made getting around the site not only near-impossible but meaningless, and made me laugh until I cried), jammed with a whole mess of frames, randomly flashing animated .gifs, garish backgrounds, hideous embedded audio files (MIDI), tortuous typos, spastic fonts -- virtually nothing you'd want in a web site and much, much more. In other words, it anticipated the typical MySpace page by several years. In its contrived busyness and unreadability, it also captured the look of nearly every post-punk/"new wave" mag, fanzine and album cover (especially on Arista) of the 1980s -- which, in retrospect, far outstrips the 1970s for sheer bud-uglliness. Indeed, Bud Uglly's nihilistic irreverence (and/or irrelevance) virtually exemplified Postmodernist aesthetics. (Typical instructions: "WAVE your MOUSE around to activate and use this control.") 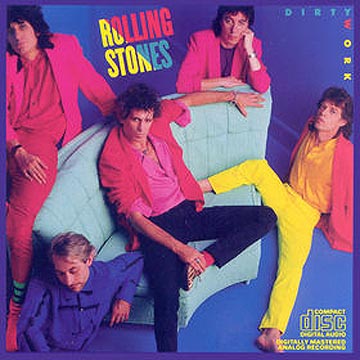 They don't make these colors anymore.

Best of all, it was a commercial pitch for a firm offering "the most cutting edge in webpage manegment and design," formed by "the Manegorial team" of ex-Studio 27 artist Bud Uglly and his younger brother Berry Uglly, who "is cerently working on 'Phil's Carwash on the Web' as well as a website for 'Martha's Stormdoor polishing service'" after "studiing at the Roosevelt grade school for the design impared..." 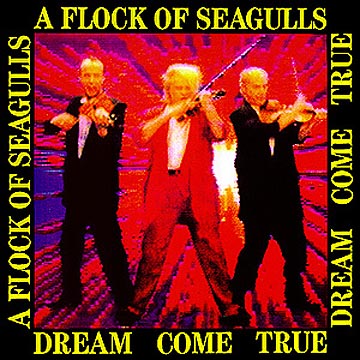 Fortunately for web historians, various incarnations of Bud Uglly, v. 1.0-4.0, have been archived to remind us of that glorious time from September 1996 to October 1998, during which "the site was updated weekly and new features were constantly added until it became so bloated it finally had to be shot." Then some more stuff happened, too.